Eddie Alvarez is a good dude

The guy would bleed more than anyone and would fight like a dog until his chin failed him. He had an unbelievable career.

I met him a few times and I couldn’t believe what a good guy he was. He was about as humble as anyone I’ve ever met.

Just thought I’d take a second to show what a good guy he is. If I were a world champion, I would have been an arrogant prick. 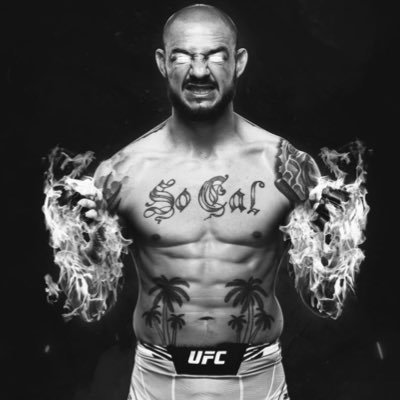 solid post. that was sincere as hell. can’t fake that.

Eddie was my favorite LW for the longest time. Hes been in some absolute wars and been fighting top guys for a decade

Always heard good things about him outside the cage. I respect

So are you guys saying Eddie is a good guy?

He’s on my top 5 goat LW list for sure. Incredible tough and athletic. Just had a tough break against McGregor

I first saw him in the Dream LW tourney.

Awesome fight against Hansen, seemed like a great dude even then. Truly happy for Hellboy when he beat Aoki even if he should have been in the finale himself.

I will always support Eddie. He called McGregor out for wearing expensive coats while he took money away from kids and mom’s by riding the system. Dude always brought it and never looked like he wanted out of there until he was finished. Plenty of other fighters have had fights where they were obviously a better hammer than nail, Eddie was like that toy you punch and it just keeps getting up, but with world class skills.

I remember he really beat the shit out of someone on Bully Beatdown. Good times.

He’s a cousin of mine but I’ve never met him. Different parts of the family I don’t talk to.

I spoke to him a few times and I couldn’t believe how humble he was. I didn’t expect him to beat dos anjos and basically let that slip by mistake in conversation with him and he wasn’t even offended.

He basically admitted that dos anjos may very well have been the better fighter but that Eddie just caught him.

Eddie’s mind or spirit never quit in a single fight. His chin just simply gave out. For a guy who fought with balls of steel like that to have sympathy for someone who in all likelihood didn’t have the physical skills or mental makeup to be in the UFC says more about his character than his fighting skills.

And at the end of the day even though Eddie has some blemishes on his record he was an incredible fighter. He won the belt in pretty much every organization he fought in and I hope he made good money along the way. It sucks that he lost to a piece of shit like a macgregor.

But he was a world class fighter and and is a world class person. I don’t see any of khabib’s crew trying to give a pep talk to someone who probably can’t handle the stresses of fighting. Especially a woman. Lol

Great post, Alvarez has always come across as a classy dude, that video further solidified it

Eddie is a good dude. I like to see people make it outside of the UFC. Good for him, he’s been through some wars. A great career beginning to now.

He and Chandler are both easy to root for IMO.

I know people who train with chandler and they all say chandler is a fake. I’ve never heard a bad word about Alvarez

Fair enough. Going to big extents adopting two kids to fake it though