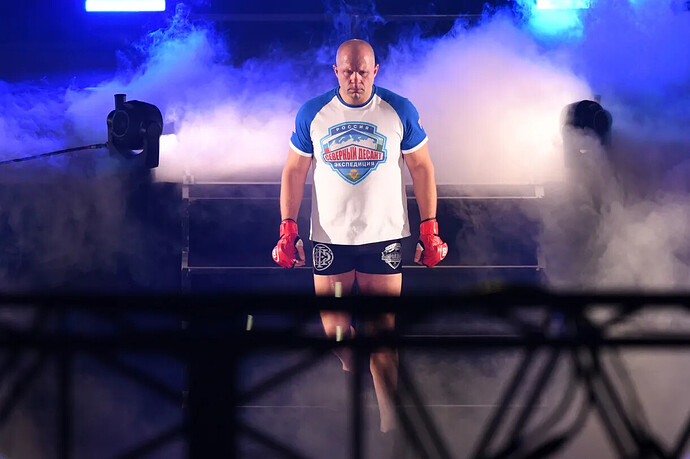 Even in victory, I couldn’t make heads or tails of Fedor Emelianenko’s performance against Quinton ‘Rampage’ Jackson. Like watching Charles Bronson discard the movie’s first henchman — maybe it tells us something about how he’ll fare against the criminal mastermind, but probably not.

On the other side was Jackson’s husk. He looked like the kind of prizefighter that satires write about. As soon as Fedor landed the first good punch, Jackson hit the eject button. That’s not to criticize Jackson or say he surrendered at the first sign of trouble. Maybe that punch puts Jackson away at any point in his career. Maybe not. Regardless, it wasn’t a great litmus test to consider where Fedor is at this point in his career. And to be fair, nobody considers Fedor’s next fight a test of anything.

He’s scheduled to fight in October for Bellator’s show in Russia. After being briefly hospitalized by COVID-19, the rumors are swirling over who it could be. Bellator CEO Scott Coker has said it could be Alistair Overeem, or Junior dos Santos. Fans would love nothing more than Fedor vs. Anderson Silva. Even Jon Jones is excited for his fellow pugilist.

And yet in an amusing reversal of the old justifications for why Fedor wasted his time against “freakshows,” I must ask: why are people acting like Fedor is doing what’s left to prove? What’s so exciting about seeing Fedor compete again, given his current state? The last two times Fedor fought real competition, he was dusted. Even Frank Mir found brief success as they barfly’d their way into an early finish.

Fedor’s career is really just a tale of two decades. From 2000 to 2010, you won’t find a run like this in MMA. I realize I sometimes split hairs over what it meant. After all, what does beating up Zuluzinho really say about Fedor’s status as a champion? To me fights like that, while fun, are like figuring out where you rank Halloween III on your list of favorite Halloween films (or Freddy vs. Jason on your list of favorite Jason/Freddy movies). They may belong to Fedor’s universe, but they don’t belong to the narrative that built Fedor’s empire.

Then there’s 2010 to our present-day. On the surface, it’s largely been the story of Fedor’s “descent.” Can we call it that? It’s certainly not a descent in the way B.J. Penn’s career has descended into a Waffle House of late night escapades as written by Lovecraft. And not in the way Chuck Liddell’s career descended — with his body becoming one with Hector Salamanca.
Instead Fedor has descended somewhat elegantly, with an emphasis on the ‘somewhat.’ Losing to Fabricio Werdum was nothing to be ashamed of. A superior grappler caught him. Antonio Silva and Dan Henderson forced Fedor into the kind of back-and-forth war Fedor was savvy enough to avoid. The closest Fedor ever got to some kind of Rocky-esque challenge was against Mirko Filipovic. Other than that it’s just been the comical almost-double KO versus Mitrione, and the embarrassing but not definitive KO loss to Bader.

I say ‘not definitive’ because I don’t think it signaled a knowledge of something new. Thinking about Fedor’s career post-prime, I can’t think of too many corollaries. When Randy Couture was dethroned, he took some relatively listless fights, and packed it up after getting crane kicked by Lyoto Machida. It was a graceful exit, all things considered. Or graceful if you were a fan of Stallone’s Remember When action movies. But it was also preemptive. Couture wasn’t about to offer MMA his George Foreman over Michael Moorer moment, in part because he already had.

Fedor’s post-prime has been a mixed bag of mustering all of his strengths to win by osmosis. Sometimes it works, like it did against Fabio Maldonado. Sometimes it doesn’t, like against Mitrione. But as I take a step back, I find it quite impressive. Competing in a major tournament at his age and making it to the finals, whatever we think of the tournament’s quality, was and is impressive. It’s not like Bellator fed him chum. In fact, Fedor drew one of the tougher opening bouts for the HW Grand Prix.

There’s a cliche in boxing that goes ‘every great fighter still has one great left in him.’ I’m not sure how true that is. Can Fedor do for MMA what competitors like Venus Williams, Tom Brady, Jaromir Jagr, and Roger Federer have done for their respective sports?

I personally doubt it. It’s not a slight against Fedor. MMA is just more unforgiving. And Fedor’s body won’t accept forgiveness. If Fedor gets caught, his body will do the right thing, activate Jelly Legs, and let the brain chips fall where they may. But perhaps that’s the excitement. His body might retreat, but his greatness will never leave. 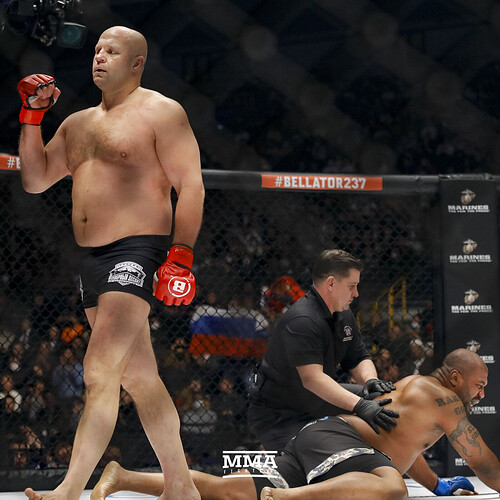 That pic would be embarrassing for Fedor if he didn’t look like that in his prime. 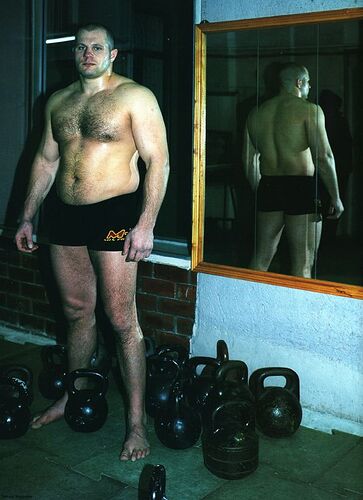