Gowry might be a cucksmith of the highest caliber but that spell Night Maiden’s Mist he sells is brutal. Ever since I beat Commander O’Neil by just farting next to him I have developped a really cool style:

1-Run at mobs jumping and screaming

3- roll around the mist alternating katana swings and minor magics

the more enemies the merrier drop 2 bombs and dance faster ! 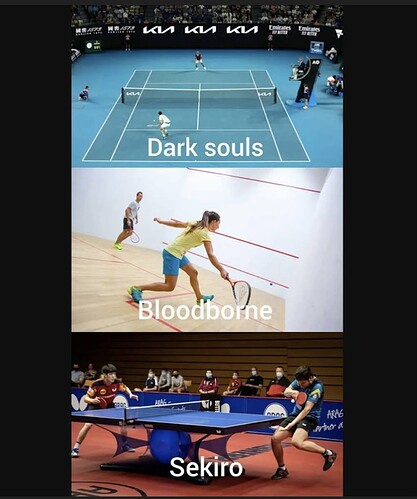 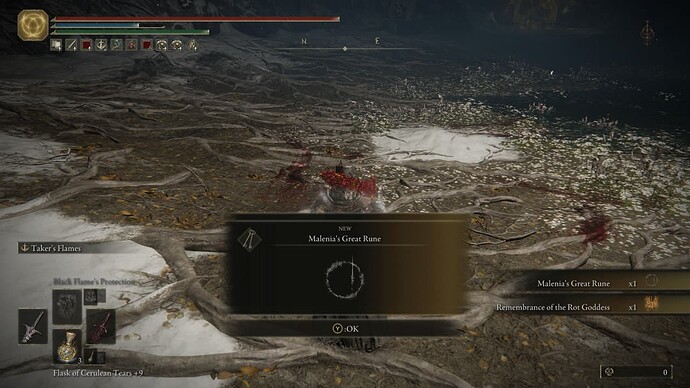 This fight, the fire giant and the secret dragon boss were the most rewarding for me.

I jump into my new game + every now and then. There are a lot of NPC’s in the northern swamp academy region. During my first play through, I ran past like 4 quest lines.

fuckin love ping pong. i never bought sekiro but i did pirate it awhile ago. got to that snake eyes gun boss.

Would have to agree. Melania, Mohg & Alecto were probably the most rewarding for me. I need to find the secret dragon boss & still have 3-4 major bosses left. Just finished the Haligtree before I have to committ the cardinal sin.

Honorable mention to Margit being he almost caused me to quit several times.

Wait until you fight Malekeith. He made me want to throw my monitor out the window.

So … Is Starscourge Radwan easy?

He looks like he ate too many kebabs, his background story is hilarious and his horse is epic. 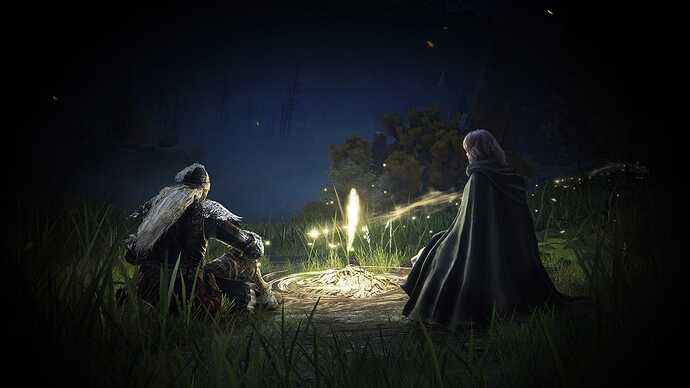 As if beating Malenia the way FromSoftware intended wasn’t hard enough, now players have to contend with hunger and thirst

I was thinking about what the DLCs will be about and I though one about Godfrey’s time exiled would be a good one.

There is lore talking about why his Axe was chipped and it came from a fight he had while exiled. Also there is this picture of Godfrey fucked up and pinned to a tree. I dont recall Lore saying he lost a fight or stuggled so while he was with grace so this could be him fighting some tough shit when he was exiled. 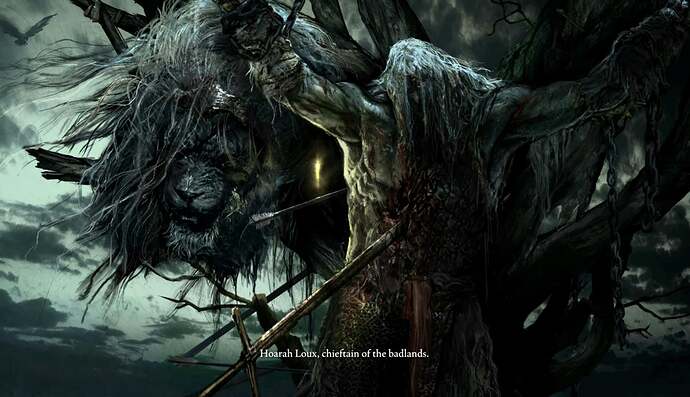 I love the Lore of Elden Rings, I just cannot watch much because I am at Gaol Cave killing rats and shit. 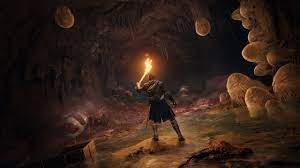 plot twist. peruvian hasnt played a single minute of this game ever.

my character is so fkn cool.

he/she/potato is gonna be the Greatest Elden Deity this game has ever witnessed !

I like to have it walk around doing naughty stuff to other characters. Like when that one-armed bitch Milicent was on the floor dying I would just go up to her at crotch level and pretend she was sucking that BLM cock !

jajajja how much fun we had ! I can spend hours just going up to characters that are at crotch level and just violate them.

Until one of my kids walked in on me …

Oh and I got sick as a dog so guess who is going to storm the rest of Caelid tomorrow all day high as a kite ???

BLM Paladin of Doom of course !

Just opened the cells … and got blowwwn up through the ceiling ???

Alriiight getting this Yamasaki (mini) samurai sword, killing all the baddies and gtfo

Just put the smack on some Frenzied Fool with a big axe here at Gaol Cave, dropped my wolfies on him, hit him with my BIG PEE PEE special twice and the Fool went down !

His cave is full of poo poo , I swear if Amber Heard is in this game I will become a Fromsoftware fan fo life !

I got all the trophies besides the other ending ones.

wtf since when can ya get a 3rd talisman ???

they just came out with it last tuesday.