A large number of combat sports teach effective takedowns, including judo, sambo, sanda, folkstyle wrestling, freestyle wrestling, greco, and many more. Each year, each of these arts see multiple performances which can be nominated for takedown of the year. For the use of martial arts on the street, surely a nomination is due to this man.

The incident took place on April 3, 2018. Out of an abundance of concern over potential retaliation, the man wishes for his anonymity to be protected, and that he be identified only as “Bill.” He had been with his granddaughter at a library in West Columbus, Ohio, and was outside waiting to leave. Suddenly, he heard police sirens.

Bill looked around, and saw a man running towards him, with his hand holding onto something in his waistband. Police were screaming, “Gun, gun, GUN!” The pursuing officers were some distance away from the suspect, so Bill, with cane in hand, made a split-second assessment and reaction. 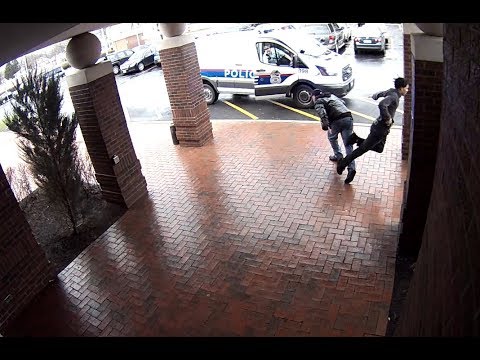 “I just felt as a citizen of this town I had a responsibility to act and to help.”

Police arrested Shawn Briggs, 18, and recovered a Glock 9mm handgun, with an extended clip containing 29 rounds. The suspect, who has a lengthy criminal record, went back to jail. There were no injuries. Further, it is quite possible that Bill’s quick thinking saved Brigg’s life, as police were on the verge of shooting.

Every martial artist viewing the incident wonders if the technique was learned, or a spontaneous reaction. One obvious answer would be that Bill is a judoka, with a firm grasp of the footwork needed to execute Tai Otoshi effectively. 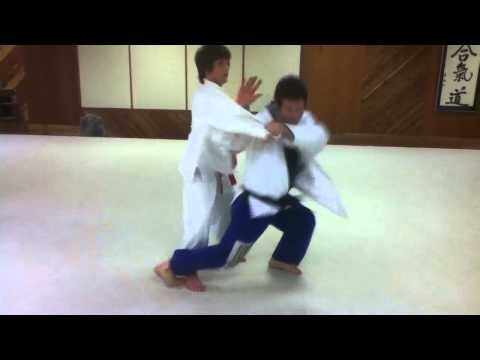 However, it is not inconceivable that his inspiration was Roadrunner 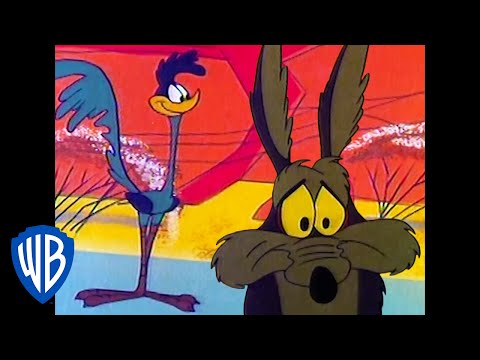 As it turns out, Bill, a military veteran, improvised the takedown. Bill said that he didn’t think there was much form in how he tripped the suspect.

Thank you, Bill, for sticking your leg out for the community. You deserve the Takedown of the Year award, street division.