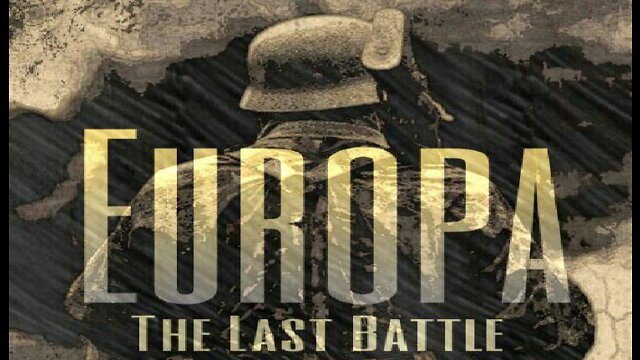 EUROPA: THE LAST BATTLE (2017) - FULL DOCUMENTARY HD - THE HISTORY OF THE CABAL

Haven’t you ever at least been curious as to what “the other side of the World War II story” was? Since the mid-20th century, the world has only ever heard one side of the most horrific war in human h

Who is behind the greatest blood shed in the past 100 years?
What part of history is ignored?
Who created communism?
How was communism created and by whom?
What Jewish doctrine started it all?
Looking for sources and newspaper clippings?
How did Jews take over the financial sector?
Who are the Jewish Cabal?
Looking for names and proof?

If you are going to yell out anti semite, racist, nazi instead of having constructive dialogue, than don’t watch. It’s not for you. Just ignore this thread and move on with your life. 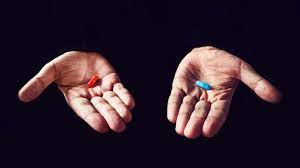 All this thread is for, is the truth, nothing more.

Thought Experiment: Look at the documentary objectively and instead of “Jewish/Jews”, replace it with “Scientology/Scientologists”. It will help to see through your bias.

You’re posting Marxist propaganda and then crying that if we don’t create constructive dialogue you’re going to deny us of that worldly pleasure of conversing with you… whoever the fuck you are. Who gives a fuck? Go take your Marxist nonsense somewhere else. You sound exactly like a leftist. “If I don’t get my way exactly…”

Not constructive dialogue. Just move on with your life.

This documentary is not for you.

Having an adult conversation instead of talking with a toddler who hasn’t even watched this 12 hour documentary is what I want to do, not bicker with people who have temper tantrums without watching.

You are free to watch, then comment, and then debunk ever single “lie” in the documentary.

The Jews have definitely played a huge role in the destruction of Europe and the Western World in general. And it was definitely by design.

What adult conversation can be had about Marxism? It’s childish foolery. It’s lazy and boorish. Makes zero attempt at describing the problem and even worse(somehow) at coming up with solutions. Oooo let’s all marvel at the substandard academia of the far left of a hundred years ago. So much substance to cover, where to start (ad nausium of the sarcasm). It was as hopelessly wrong then as it is today.

I love to have adult conversations. I despise calling people names in place of intelligent discussion. However, you’re not exactly presenting us with a topic that has depth. A frisbee deep topic. Look at something, deconstruct it and make the most obvious points about the least important parts of it. It’s faux intellectualism for lazy people who refuse or can’t find the time to read.

Here come the Jews to discredit something they haven’t even watched yet.

Are you fucking retarded?(I don’t know why I’m asking) The movie is 12 hours long and OP posted the video 22 minutes ago. Want to do the math or do you need an adult? I didn’t discredit the movie. I discredited the far leftist ideology of Marxism.

Fuck off and die.

If you two didn’t know one was Jewish and the other had dislike for Jews I guarantee you two would be friendly. You two are more similar on many other subjects than probably either of you would care to admit to.

Oh and nice try painting the documentary as Marxist when it’s clearly the exact opposite. Typical subversive behavior of your kind.

Youre completing going off the rails and discrediting everything but have not watched the documentary yet.
Your opinion would be much more valid if you watched 1st then shared your thoughts

You obviously don’t know what Marxism is. It’s a really easy concept. You should look it up real quick and come back and tell me it’s not Marxism like an honest upstanding man. If you can’t do that, you’re no different than Copypastehero or Spout. Leftists who make excuses for their shortcoming’s in life and blame it on everyone else but themselves. The result of everything is someone else’s control.

It’s for weak people. Marxism is classism. If you’re going to make sweeping generalizations and label everything, explain to me how your different than Copypaste. Tell me the difference between these two statements and if you can sit there and honestly tell me they aren’t the same then I, like a man will admit I’m wrong.

“All white people are evil”

“All Jews are evil”.

Go ahead. Tell me why these two statements are polar opposite. I’ll wait. But like a typical leftist. You won’t respond.

Neither have you. It was posted 28 minutes ago and is 12 hours long. Typical leftists. Always blaming what they’re guilty for.

Can we all come together on one point and agree that Mormons need to all be thrown in a volcano?

Just to make sure we covered all of them.