I’ve had a “suicide by cop” approach for the last year: see a cunt, call em a cunt, get banned… I think my record between 1 month bans is 4 hours.

Whether or not it’s poor trolling if you get banned… Here’s my record this year:

You could really show them by canceling that gay shit and deleting the app from your phone.

Post on there that you posted this gay shit here. See if they care as little as we do.

I would have thought youre like a star ambassador on fb ,
Left leaning, hate america, a tranny.

HOW DARE YOU… I’m not left leaning.

haha same on IG. Got 4 more warnings then got perma banned off it 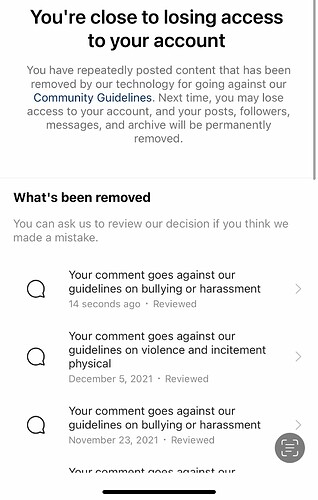 Can you see what the problem is with that?

Respect… That’s next level… I’ve not been banned from there yet!

If you are still on facebook you are a faggot

Its where all the OG meetups tend to be organized, so its a must have

Posting your inability to be civil like it’s a badge of honour is cool when you’re 15yo.

Is this your first day on the OG?