Vladimir Putin will visit MMA tournament in Sochi, together with the presidents of Armenia and Azerbaijan

In Sochi, August 9 will be a traditional international tournament in mixed martial arts' platform S-70. "It is expected that the tournament will be the guest of honor at President Vladimir Putin and Armenian President Serzh Sargsyan and Ilham Aliyev of Azerbaijan.

In the main event will be a middleweight bout between Russian 26-year-old Vyacheslav Vasilevsky (23-2) and 33-year-old Brazilian Maikel Falcao (32-6). It should be noted that the meeting will be the status of a rematch. In April 2012, Vasilevsky Falcao has already met with in the framework of the semi-final Grand Prix of Bellator. Then the Brazilian fighter won by unanimous decision.
Apart from the main battle will be held Match match, consisting of 10 fights, in which the national team of Russia in the martial arts team will oppose the continents, which will include the strongest athletes from Europe, Asia and America.

Putin approves of this fight.

Thumbs up for Sarnavsky from Putin.

Main event of the evening.

Remember when he was the UG's favorite UFC fighter?

Remember when he was the UG's favorite UFC fighter?

lol from that Gerald Harris fight?

Putin helps fighters to stand up. 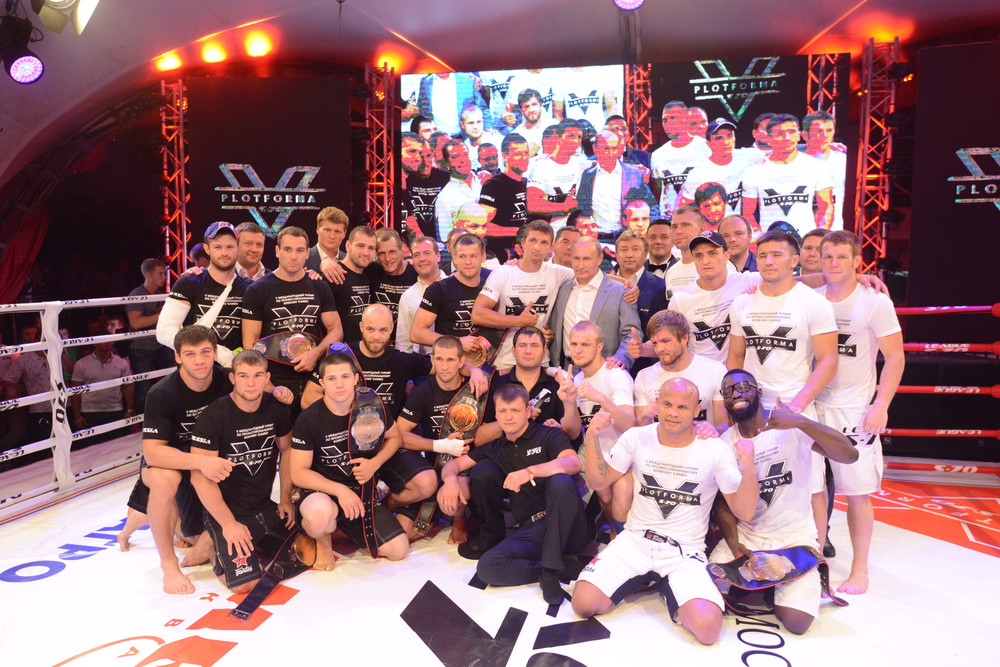 Falcao looks a little flabby in that fight. Good win for Vlava though. 24-2 pretty nice record!