Fallout 4 has my high school in it. The boss is my school mascot. The school isn’t the same layout, but they made some obvious, funny connections. Swimming pool in the cellar. I believe they got one of the teachers to do voice work for the speakers that click in during that part.

Fallout 4 is my area. Been right in that downtown area all my life.

Yeah having been to DC and NoVA so many times, Fallout 3 sucked me in. That and the 500+ posts about it on the OG. I built myself a divorce PC. lol

Dog that’s sad. I am sorry. Love you brother

I’d get all the mods that add immersion to the game, and the expansions too along with a ton more armor and weapons
It adds such variety and realism that its like a new game. I did that with Skyrim and it truly makes a huge difference.

Can we talk about the incredible soundtracks in the Fallout universe, 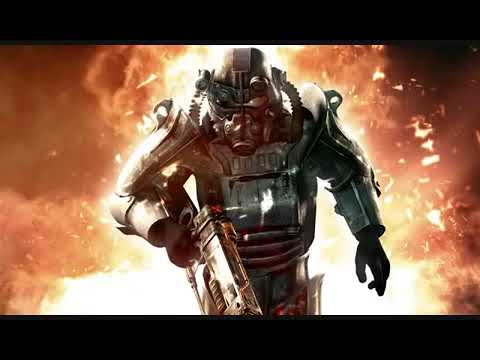 Far Harbor is such a great add on. Going to talk the Children of Atom into nuking themselves. lol

Kinda sucks playing this where I have to go through the main quest to be able to stop the glitch with Danse. Also prevents me from getting the final tape for Nick.

I’ve played sooo many times, playing right now even, but have yet to play the dlcs Nuka and Harbor. This play through, even though again heavily modded, I plan to make this stint to last a couple of years doing everything and building around Sim Settlements…

Nuka is by far my favorite harbor is awesome too

Cotton! Faggot! You miss d the awesome liberty prime reference in the Russia invades Ukraine chef something killed with it

This game is so fucking glitchy.

So I still can’t talk to Danse but may haveva work around. Hopefully. However, I can’t beat Nuka Worid because I can’t find the tape for Galactic Zone. It wasn’t there when I started so I just got the 20 star cores. Now need the tape. The body it is on doesn’t spawn. Just a trader. Fucking stupid. I guess I will just go slaughter all the raiders. I like beating it but don’t see me being able to find the body/tape to secure it. Game is super buggy to do stupid shit like this.

Finally finished this round. I have been playing it since December. Obviously I could have beat it months ago but that’s the fun of the Fallout games. On to 3 and NV before another run at 4. I had to go full BoS this run so my man Liberty Prime could get his revenge on the Communist Chinese.

I love NV. All 3 of them are awesome. I will play NV in a month or two again.

On to 4 again. I like updating these threads to see exactly how long I am spending on the games. I tend to play them very slowly for a few hours a day for a few months. I am sure this run will be no different. I went exploring before going to Concord so I was level 7 by the time I got there. Definitely made it easier.

Once I get past the nostalgia I find 4 to be the better game. I love the older games but you simply can’t do as much as you can in 4.

Did they remaster New Vegas?

I got it on PS3 but they say the game is broke on that console so I was thinking to get it on Xbox One. But then I heard it was being remastered.

I’m not sure. I should stop being lazy and play them on PC but I just play them on Xbox out of convenience. Mainly because I like to have YouTube open on my computer while playing Fallout.

I have it on xbox 1, the color is a tad better othan that its the 360 version.

100%
Nostalgia factors are big for me in FO3 and a bit with FONV but the world of FO4 and everything you can do trumps it.
There are people that shit on the voiced PC but I find a greater immersion with it as well