I like revenge. If someone killed my 3 children I would wait and wait…obduct him and go mexican cartel style on his ass

People who are suicidal tend to get to a low point where they have the courage to go through with it in that moment, that’s why there’s so many head scratchingly brutal suicides when they could have done it in a more peaceful way. He also just may not have had it in him to murder someone, how many people do? It seems uncommon that a parent murders whoever did something to their kid

I knew a guy who jumped off a roof, he just hit breaking point and ran and jumped but it took him almost 30 minutes to die after

You’d like to think that those deaths would weigh on the driver, but if he was willing to drive drunk and endanger other people then probably not. He should off himself

Hard if Muzzo has kids tho.

Failing that. Avenge them. 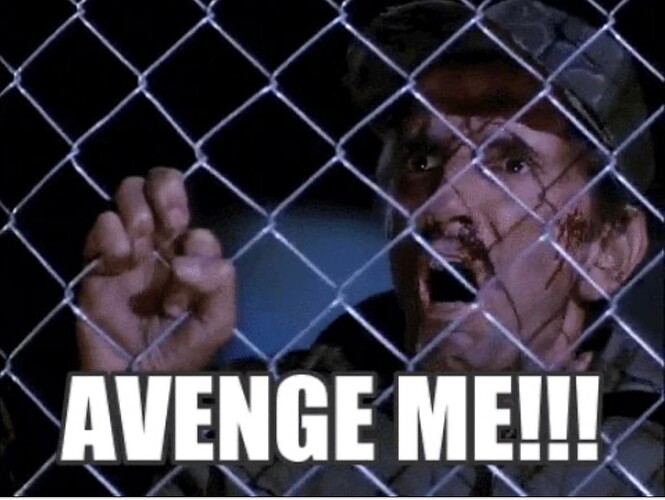 Hard if Muzzo has kids tho.

I looked him up. He doesn’t appear to have kids and moved in with his girlfriend after getting paroled. Who happens to live close to the family he killed.

Imagine having to run into that asshole out at the grocery store or something after what he did to your family. Killed them all driving drunk. I dont think I could contain myself.

Imagine having to run into that asshole out at the grocery store or something after what he did to your family.

And then him staring at you and just smirking.

Because Canada gives these types witness protection type hidden identities and millions to live off… sorry eh… fuck this Country, can’t wait for Texas to secede since Alberta doesn’t have the balls…

Never forget that Americans cant get into canada with a dui

I actually think the blow n go was a life changer for me. Saved me money as I no longer have an urge to go to places like Applebee’s for beers with the guys. I have to drive multiple times a day so on average I take 530 breathalyzers a month.

Sometimes I think if it’d let me be .08 I’d leave it in for good. Definitely taught me a lot

The family really should get some of discount at the funeral home. A 5th is free punch card at the least

Ya its a young mans mistake. Something most of us have done when we were young and stupid. Killing 4 people tho with not only drunk driving but driving at such speeds and so recklessly with no regard for the lives of other people, thats a different thing and should be punished to full extent of the law IMO.

Now the wife is all by herself to deal with losing every single member of her family.

Sad story but the wife is already on tinder and will be remarried within a year. Women are cold like that.

No kill the guy who did it then try to get away with it somehow by either relying on the sympathy of the jury or some kind of elaborate plan to cover your tracks. Why victimize your woman too by offing yourself?

I think the reason it’s uncommon is because of the fear of repercussions. Getting caught, abandoning the remaining family members, etc. If you’re already resigned to suicide, doesn’t seem to be much reason to not seek revenge.