An appetite supressant would make IF or OMAD dieting murch more realistic for people.

There’s lots of fatburners.
On a scale, a “1” would be a cup of coffee. A “10” would be DNP (illegal, I think, and carcinogenic). The new drug might be a 2 or 3, but it changes barely anything. There will be side effects. A landwhale weighing 300 lbs will now weigh 255 lbs, so what. If he doesn’t change his lifestyle and nutrition, he will still be a fat fuck and health costs will still bankrupt us, but maybe two months later than expected.
This is an inhumane, logistic approach to society’s most precious resource and it will ultimately no work.

I’m not saying it is easy at all, I wouldn’t know because I refuse to allow myself to get there. I’m more mad at the fact that fat shaming is deemed bad, and now there is a drug to literally allow you to be lazy as fuck, just less fat, stop enabling people, and teach them to get exercise

It seems to me being fat is muuuuuch harder than being somewhat fit, hard to watch people struggle just existing lol

This thread reminds me of some documentary about weird genetic defects and people that had them and how they affected their lives and families.

One was a retarded kid that had some kind of defect where their brain is always telling them they need to eat. They had to keep all the food in their house and fridge locked up like Fort Knox, because the kid would eat everything if given the chance.

They also had to have all kinds of fencing that was locked to keep the kid from escaping and going on an eating rampage.

In one scene, the kid was in the front porch that was gated and fenced and the Ice Cream Man came rolling down the street and the kid went nuts.

And if the kid ever got their hands on food she wasn’t supposed to have, it was nearly impossible to get it away because she’d fly into a tard strength Hulk-like rage. 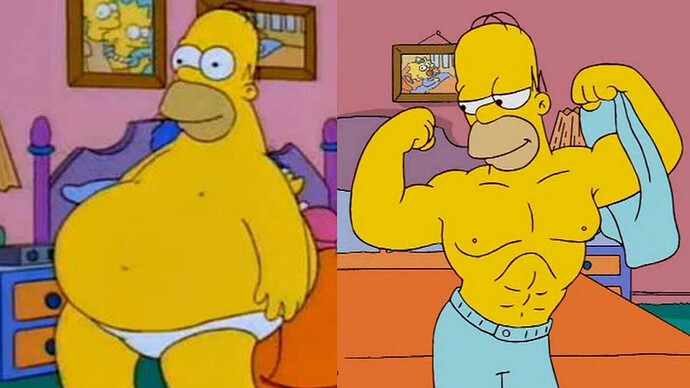 This certainly may be true for some people.

Over half of Americans are overweight. It’s not a condition. It’s discipline and laziness.

Remember when you were a kid? There was 1-2 fat kids in your class and they were the FAT KIDS.

Now there are 6-7 not fats kids per class.

I was in Norway a few years ago. Maybe 1 of 100 people were fat. At school - you show up with shitty food they take it away. We asked a guy about it and he said ‘yea it just makes sense’. Imagine trying to pry a soda chips and chocolate bar from a 10 year olds hands. You’d be on the evening news and Twitter would get you fired from your teaching job!

So many excuses nowadays for adults and kids. We all know they spend countless hours every day in their phone scrolling through Instagram or whatever the fuck. It’s all bullshit excuses.

They can change their gut bacteria by changing their diet

Let’s also address the fact that many fatties are so, because they’re at least mild alcoholics. Booze puts a ton of weight on people.