Federal Jury Awards $59,000 in Takings Compensation to Property Owner Whose House was Damaged by SWAT 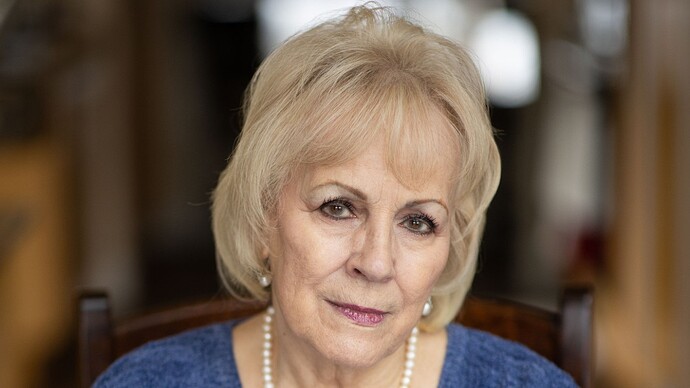 Federal Jury Awards $59,000 in Takings Compensation to Property Owner Whose...

The ruling authorizing the award is at odds with other federal court decisions holding that law-enforcement exercises of the "police power" are exempt from takings liability.

Federal Jury Awards $59,000 in Takings Compensation to Property Owner Whose House was Severely Damaged by SWAT Team Pursuing a Suspect

The ruling authorizing the award is at odds with other federal court decisions holding that law-enforcement exercises of the “police power” are exempt from takings liability. 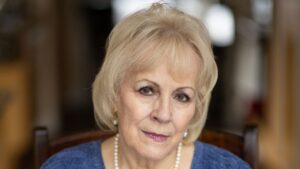 Yesterday, a federal court jury awarded Vicki Baker $59,656 in takings compensation because her house was severely damaged by a police SWAT team trying to apprehend a fugitive who had holed up inside. The April 29 federal district court ruling in Baker v. City of McKinney that made the jury verdict possible is potentially more significant than the verdict itself. I think the decision is correct. But it is at odds with several previous federal court decisions (in other circuits), which have held that property owners are not entitled to “just compensation” under the Takings Clause of the Fifth Amendment when police damage or destroy property in the course of law enforcement operations.

The Tenth Circuit’s 2019 decision in Lech v. Jackson is a notable recent example of cases where courts have ruled that the “police power” exception to takings liability applies in these kinds of cases (I criticized Lech here). The facts of Lech were very similar to those of Baker. In both cases, police inflicted massive damage on an innocent owner’s home in order to try to smoke out a fugitive. Fortunately, District Judge Amos Mazzant of the Eastern District of Texas wasn’t bound by Lech, because his court is in the Fifth Circuit, not the Tenth. In a very thorough opinion, he explained why chose to rule a different way [I have not been able to find an open-access copy of Baker on the internet; but it is available on Westlaw and Lexis]. I don’t agree with everything in his analysis. But he gets the bottom line right:

The Supreme Court has stated that a taking, within the meaning of the Takings Clause, includes any action the effect of which is to deprive the owner of all or most of his or her interest in the subject matter, such as destroying or damaging it….

[E]ven a minimal “permanent physical occupation of real property” requires compensation under the Takings Clause. Loretto v. Teleprompter Manhattan CATV Corp., 458 U.S. 419, 427, 102 S.Ct. 3164, 73 L.Ed.2d 868 (1982). “When the government physically acquires private property for a public use, the Takings Clause imposes a clear and categorical obligation to provide the owner with just compensation.” Cedar Point, 141 S. Ct. at 2071…. Examples of physical takings include formally condemning a property through the power of eminent domain, taking possession of property without acquiring title, or even by recurrent flooding as a result of building a dam……These sorts of physical appropriations constitute the “clearest sort of taking…”

Ignoring this jurisprudence, the City asks the Court to adopt a new brightline rule: destruction resulting from a legitimate exercise of the City’s police power does not constitute a taking under the Fifth Amendment…

The City relies on decisions from other circuits that have wholly banned recovery as a matter of law where the destruction of property was the result of a valid exercise of police power. See Lech v. Jackson, 791 Fed. App’x. 711 (10th Cir. 2019)… The most factually analogous to the case at bar is Lech….

The Tenth Circuit characterized Mugler [v. Kansas (1887)] as the first time the Supreme Court acknowledged a “hard line between those actions the government performs pursuant to its power of eminent domain and those it performs pursuant to its police power … in the context of regulatory takings.” Id……. But the Supreme Court made no such distinction. Indeed, the Lech court improperly extended the Supreme Court’s purported holding in Mugler to physical takings cases, rather than treating physical takings differently than their regulatory counterparts….

This decision is prudent in the regulatory context where enactment of a rule or regulation by a state pursuant to its police powers is likely to have “tangential,” “unanticipated,” and unquantifiable effects on the private use of property. Tahoe-Sierra, 535 U.S. at 324, 122 S.Ct. 1465. Moreover, these unquantifiable effects can often be justified by pointing to the benefit to the public good…. That is not the case in the context of physical takings…… Physical invasions of property made pursuant to a state’s police powers—Baker’s case here—are “relatively rare, easily identified, and usually represent a greater affront to individual property rights,” Tahoe-Sierra, 535 U.S. at 324, 122 S.Ct. 1465. These physical invasions represent such a greater affront to individual property rights—as compared to regulatory takings—because they often involve an “unoffending property [being] taken away from an innocent owner” with few easily identifiable benefits in return. Mugler, 123 U.S. at 669, 8 S.Ct. 273. In such cases, the property owner should be compensated for forfeiting the property for a public use……

Judge Mazzant makes many additional points, including emphasizing that the rule advocated by the City would, if applied consistently, effectively gut the Takings Clause, because all sorts of government actions can potentially be construed as exercises of the police power, given how broadly the latter has been defined. I covered this point in my earlier critique of Lech:

The fact that the “police power” may have been involved does not normally immunize the government from takings liability. As the Lech decision notes, the police power extends to government actions “for the protection of public health, safety, and welfare.” Modern jurisprudence defines these concepts very broadly. Yet, in many contexts, courts nonetheless routinely rule that takings have occurred even though the purpose of the law at issue was to protect health or safety. For example, in the classic 1922 case ofPennsylvania Coal v. Mahon, the Supreme Court ruled that a prohibition on mining can qualify as a taking, even though its purpose was to protect the safety of people and property on the surface. Similarly, environmental regulations can sometimes qualify as takings if they destroy enough of the value of a property, even though their purpose is often to promote health or safety…

Outside the context of law-enforcement operations, the fact that the government was trying to promote public safety does not create blanket immunity from having to compensate innocent owners whose property is taken or destroyed in the process. There is no good reason to exempt law-enforcement operations from takings liability of the same kind that applies to other government actions that might enhance public safety.

Indeed, as the Supreme Court recognized in the 2015 Horne case, the Takings Clause was inspired in the first place in part by revulsion at both British and American forces’ seizure of property during the colonial era and the Revolutionary War. Many of these British actions were, of course, undertaken for the purpose of enforcing British law against recalcitrant colonists.

In December 2019, the US Court of Federal Claims ruled that the US Army Corps of Engineers was liable for a taking when it deliberately flooded numerous properties in Texas during Hurricane Harvey in order to prevent even worse flooding elsewhere. In 2012, the Supreme Court ruled that the government could be liable for a taking when it inflicted recurrent flooding on property, even though the purpose of the flooding was to protect farm interests in the region. If the “police power” theory doesn’t immunize the government in these kinds of cases, despite potentially massive benefits to public safety, it is difficult to see why law-enforcement operations should be given blanket immunity form takings liability.

Here, as elsewhere, if there really are great public benefits from the government’s seizure or destruction of property, it should be willing to pay for the damage it inflicts on innocent owners. If, on the other hand, law enforcement agencies find that they routinely end up paying compensation that far exceeds any plausible benefit arising from the use of such aggressive tactics, then they would be well-advised to issue stricter guidelines for their employees. Maybe they should be more careful about destroying property in the future.

As Judge Mazzant notes in one section of his opinion, things may be different when the owner’s property or his use of it itself poses a threat to public safety, as when it promotes the spread of a deadly disease, for example. I plan to return to this issue in future writings. But if an innocent person’s land is damaged or destroyed merely to forestall a threat emanating from elsewhere - whether flooding or a fugitive criminal - then the Takings Clause requires compensation. As the Supreme Court famously stated in Armstrong v. United States (1960), “[t]he Fifth Amendment’s guarantee that private property shall not be taken for a public use without just compensation was designed to bar Government from forcing some people alone to bear public burdens which, in all fairness and justice, should be borne by the public as a whole.”

Judge Mazzant’s ruling might well end up being reviewed on appeal. Regardless, the issue of takings liability for destruction of property by law-enforcement agencies is likely to remain contentious for some time to come. Hopefully, more courts will come to realize that the police power is not a blank check to for cops to destroy innocent people’s property without paying for it.

NOTE: The plaintiffs in this case are represented by the Institute for Justice, for which I served as a summer clerk when I was a law student, and have written pro bono amicus briefs in various cases more recently. I do not have any involvement in the present litigation, however.

Police teams gearing up like video game warriors and demolishing people’s homes to capture a fleeing suspect is ludicrous.

I have not been able to find an open-access copy of Baker on the internet; but it is available on Westlaw and Lexis

Police teams gearing up like video game warriors and demolishing people’s homes to capture a fleeing suspect is ludicrous.

I didn’t write it

but I’m guessing he knows about o
Pacer.