“If Dana White wanted me to fight in the UFC, it would happen. We met, talked. Now White has begun to talk about it actively. He doesn’t say all. The point is that at that time I was not free, I had a contract, I could not fight anywhere else. If I signed a contract with the UFC, the organization in which I fought could sue me. I would not have the right to fight either there or there. They would just put me out.

It is convenient to take the side in which you speak, but do not speak all. It’s a lie. When we met, I was not free.

As far as I understand, Dana White realized late that the Russian market is huge. Russian viewers want and are waiting for our Russian fighters to appear in the UFC. At that time, we did not have a single fighter who would fight in the UFC. With large gaps - with gaps of many years…

It seems to me that Dana White made a big mistake by not taking us. Plus, when I returned, we had negotiations again. I said: here is my team, I am ready to discuss the contract, fees, and here is my team with me. They answered me in a rather harsh form that we are interested in you, and who is behind you, we are not interested at all. This was one of the moments when I, so to speak, did not go.

He still makes statements. As far as rumors reach me, he wants to have at least one fight with my participation in the UFC, "said Fedor Emelianenko in an interview on Sergey Lodyga’s YouTube channel.

Is it Fedor’s manager that Dana has the issue with?

Fedor parted ways with Vadim about 10 years ago.

Not as much as Dana wants the ring girls!

Fedor parted ways with Vadim about 10 years ago.

So the part about not being interested in the person behind him isn’t recent then, hopefully?

“This was one of the moments when I, so to speak, did not go.”

…and YOU just made it.

Crazy UFC was not interested in Tokov, Moldavsky, Nemkov…those guys are now 19-0 in Bellator and its been clear ever since they were in RIZIN that they were some of the most talented fighters outside of the UFC.

UFC fucked up on that one for sure. But hey, at least they have that women’s 145 lb weight class and all those great WMMA fights on the Fight Nights cards these days.

Yeah Johnson has wins over three top 10 UFC fighters and two top five Bellator fighters but he is a can… great analysis.

I don’t hate the idea of Fedor in the UFC but they just don’t have suitable opponents for him.

Just let Fedor fight the guy’s he wants before he retires he’s earned that.

Dude wanted NOTHING to do with the ufc back in his prime or even at the end of his prime. So of course today he’d want nothing to do with it either 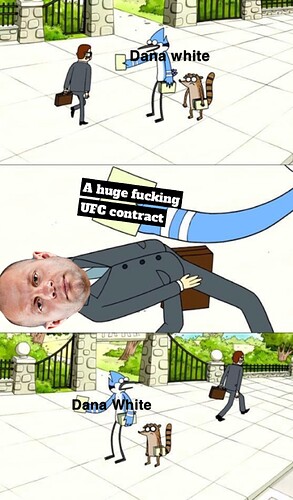 You were not even around to see Fedor in his prime and you also think Nate Diaz can go win a LW title in 2022 so your opinion don’t mean much.