Bout fucking time, only took 7 months. Went into Walmart and they had 5, I sat there for half an hour thinking about getting one and then decided not to.

I just started seeing them on shelves in my area within the last month or so myself.

surprised 5 lasted half an hour, lol

After thinking about it and looking at all the games I basically came to the conclusion that all I would really be getting is a gamecube with a different controller, When you add in the VC controller and the necessary HD cables for my TV it would have costed $345 canadian plus tax, Thats a hell of a lot for the ability to play with a motion sensing controller. I don't care what nintendo says, I can still see no proof that the Wii is even 1.2 times as powerful as the Gamecube.

And the HD cables aren't necessary, but I think you can get the Nyko brand for under $30.

"I can still see no proof that the Wii is even 1.2 times as powerful as the Gamecube."

It does a lot more than a Gamecube:

better emulation: the Gamecube had its own emulation for NES and N64 games, but there were bugs. The sound on the 64 games could glitch like a homebrew PC emulator. N64 games for the Wii VC, on the other hand, are improved, look better than the originals, and play perfectly.

As for how "powerful" the Wii is for new games, it remains to be seen. The current games ARE gamecube games that they've been porting to the Wii; we haven't seen the proof of improved graphics & processing, but we will. In the meantime, Gamecube games are dirt cheap right now and you can play a lot of good ones on a Wii if you don't have a Gamecube.

That doesn't mean there aren't a few good Wii games already available - WarioWare is a lot of fun, Bust-a-Move Bash allows up to 8 simultaneous players, The Godfather Blackhand Edition has exclusive content, Super Paper Mario got a 9.5 rating from GameInformer magazine, etc.

The Wii also does things the 360 doesn't do:

the photo mini-games using any pictures or animated .gifs on your SD card

saving game data with an SD card instead of an exclusive memory card (the Wiimote has its own built-in storage as well, for transferring Miis to other consoles)

And since the Wiimote does pretty much anything a mouse can do, there are tons of free flash games you can play online at sites like wiicade.com.

And the Wii is the most female-friendly console ever made. Girls get all excited when you show them a little video game character that looks like them, and they might even be amazed at your ability to design such a thing. And if they played Super Mario Brothers when they were younger, they will probably jump at the chance to play it again. ($5.00 to download for the VC)

Every person that's played mine has wanted to buy one and a few of them already own gamecubes.

dafelst, is Bomberman Wii available where you are? It's out in Japan, but unfortunately the Japanese discs will not play on my U.S. region system.

The booklets fit under the 4 little clip-guides which keeps them flat against the inside of the "door":

The Australian Playstation disc just has a lot of extra space inside, so the booklet rests on top of the disc instead of being held to the front cover of the case - the Australian disc, top, compared with a Turbografx16/PC Engine case (same size as all U.S. audio CDs), and then a Japanese audio CD (also the same size as U.S. cases):

The Australian case is the same width, but about 1cm taller:

But the glaring difference is the depth of the case - the Australian case, marked "Playstation", compared to a "normal sized" case:

And compared to several other formats of CD, CDROM, and HuCard:

Several other video game formats, none of which have the same size case as the Australian Playstation disc:

So you see, the CD jewel case was invented in 1983, and for 24 years Australia's shelf space has been STOLEN by larger cases. THE TRUTH IS OUT.

"we haven't seen the proof of improved graphics & processing, but we will."

Whatever the other advantages Wii has (price, innovative controller, type of games, Miyamoto games, broad appeal), power/graphics noticeably better than last-gen's will not be one of them:

Game Informer: "6-14-07 -- FIFA producer Tim Tschirner has said that he believes the Nintendo Wii matches up to the first Xbox in terms of power. "It's about as powerful as the original Xbox," he said. "The video hardware unfortunately is not as powerful. There's just a couple of key things that you can do on Xbox like shaders which you just cannot do on the Wii... Overall though it's pretty much what the original Xbox was."

wii.ign.com: "To really be blunt, it is basically an overclocked GameCube with more RAM. If you don't want to hear that, I'm sorry, but it's the truth. "

So the Wii is "pretty much what the original Xbox was", and also "basically an overclocked GameCube with more RAM."

I wish IGN had given us this information 5 years ago when everybody thought the Xbox was better than the Gamecube. Now we know that the Xbox was just an overclocked Gamecube with more RAM.

"Now we know that the Xbox was just an overclocked Gamecube with more RAM."

And programmable shaders (whatever that means) and a few other graphics hardware advantages, as the guy said.

What happened to "twice as powerful as the gamecube".

Funny thing is I saw it for sale Wednesday, didn't buy it and then Saturday at a Stag and Doe I actually got to play a Wii (Tiger Woods Golf) Lots of fun, I went back on Sunday which is today to go and buy one but its back to being all sold out. FUCK I had my chance and I blew it.

Notice that the U.S. CD insert doubles as both the cover and the booklet, while the Australian CD has a single-sheet cover and a separate booklet. 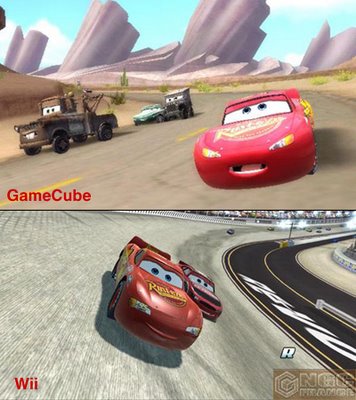 Dude, that is obviously not a Wii screenshot. Or probably a screenshot from any system.

Here are the ACTUAL screenshots of Cars from Wii.IGN.com: 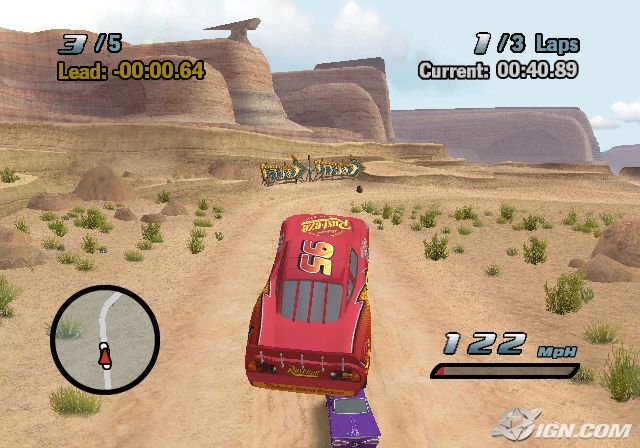 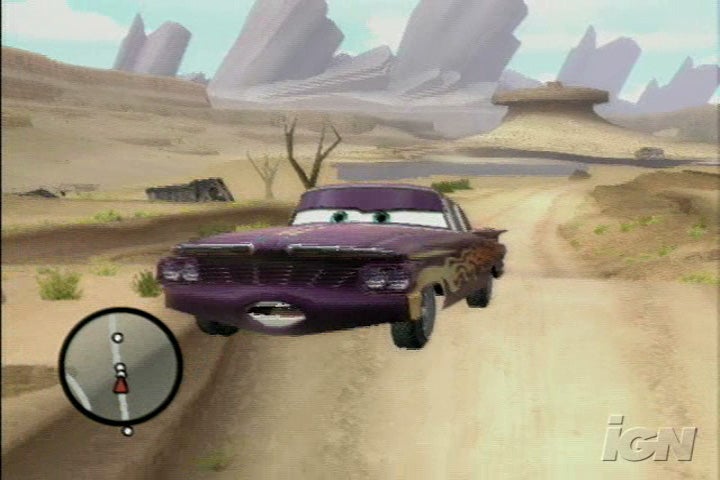 And here's the Xbox version: 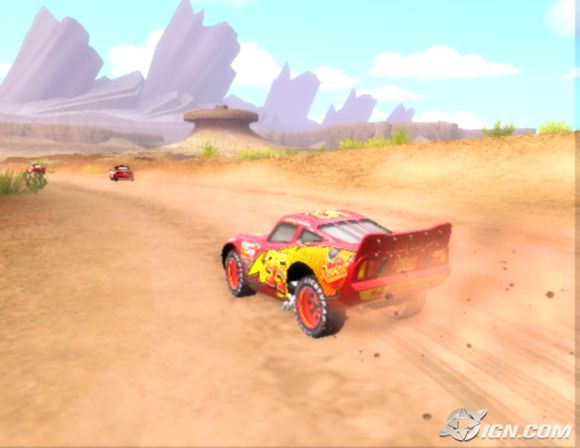