yeah but imaginary people in my head were treated better because they were BLM!

How many people were charged for trying to burn down that federal courthouse full of people in Portland?

Which time…….I guess it doesn’t matter because the answer is not a fucking soul

Fair play because the word used was charged. Zero will be convicted or even prosecuted

I live in the area and watched this happen nightly (or at least what the local media would should while saying “mostly peaceful” over and over).

They tried to burn the federal courthouse down multiple times. Once, they barricaded the doors to keep the employees in (mostly police) and tried to burn it down. No one was charged or imprisoned for this.

But if you’re a Trump supporter that trespassed at the capital, you get to rot in prison. Scary times we are heading in to. And to think, shills even on this site would screech about “Trump is a fascist dictator!!!”. Now, the real dictator’s regime is locking up political prisoners, monitoring private text messages, telling big tech who to ban and controlling free speech overall in the name of keeping “misinformation” down. Of course they get to decide what misinformation is.

They always accuse the other side of what they themselves are doing/planning on doing, without fail. 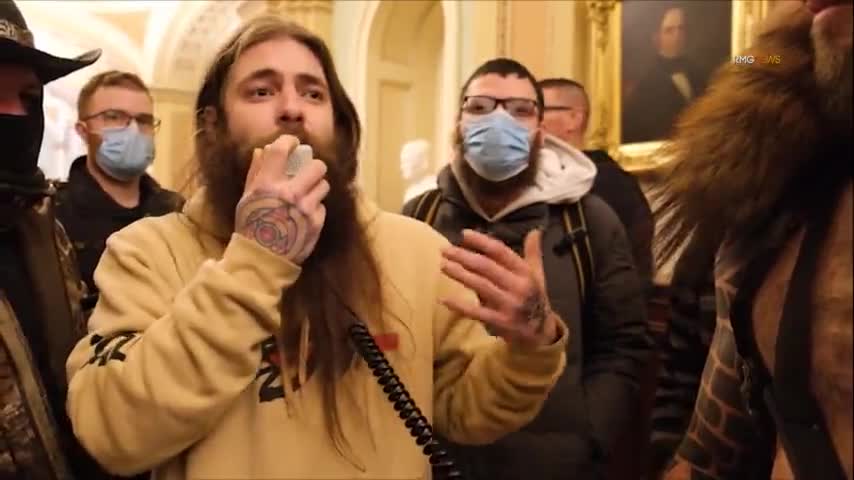 Capitol Hill Protesters Yelling for Peaceful Protests After Being Let In

This latest footage that surfaced in May 2021 documenting the protests at the Capitol Building on Jan. 6th regarding the fraudulent 2020 election, show the protesters calling for peaceful protests mul

A pretty light sentence for BASHING in that cop’s head with a fire extinguisher and then kicking his brain around the floor of the House!

Lol wow what a baby… the guy in question walked around with a Trump flag.

You do know that 0 police officers died because of 1/6/2021, right? The only person that died during the “insurrection” was that Ashli Babit girl that was murdered by Capitol Hill police.

The police officer they claimed was bludgeoned to death with a fire extinguisher wasn’t… he died of a heart attack a few days later. RIP.

I think he was being facetious

Play stupid games and you might win a prison sentence. No sympathy

being a felon will be the harsher part than his jail time sentence.

The simpletons want to brush the Jan 6th protest with all the other protests and make it the same. So many simpletons. One was fighting for a fair election. The others were fighting for free sneakers and tvs.