JACKSONVILLE, Fla. — Florida health and wildlife experts are warning residents to steer clear of armadillos in light of a reported spike in cases of leprosy.

So far this year, nine cases have been reported in Florida, according to the state Department of Health. Between two and 12 cases are reported each year, an agency spokesman told WTLV on Tuesday.

"Hansen's disease, formerly known as leprosy, is caused by Mycobacterium leprae bacteria," which has also been found in nine-banded armadillos, deputy press secretary Brad Dalton said in a email.

Each case reported this year has involved people who had direct contact with armadillos, said Dr. Sunil Joshi, president-elect of the Duval County Medical Society, adding that there were also reports in nearby Volusia and Flagler counties.
Meanwhile, in Florida

What if you wear a condom?

When did the change the name of the disease? 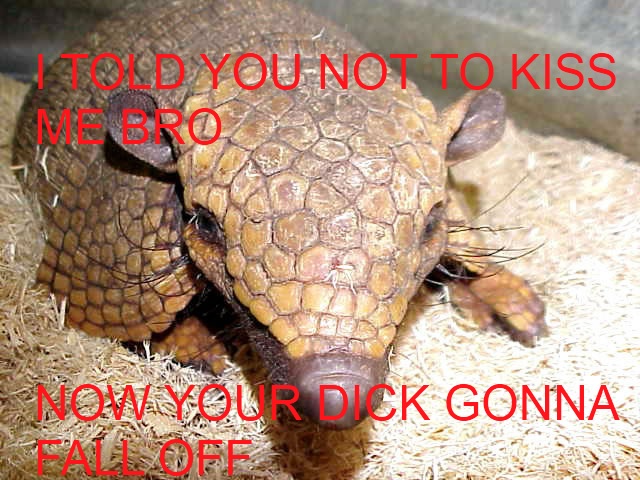 I gotta get a blood test.

ArmbarKing - When did the change the name of the disease?

Those three brothers went through hell to earn the title rights for that disease dude.