Jamie Oliver is to drop the term “Kaffir lime leaves” in his recipes in favour of “lime leaves”.
His decision comes amid concerns that the term has historically been used as a racial slur in South Africa.

Going forward, the celebrity chef will no longer use the term in his recipe books or TV shows, and his team are reportedly in the process of editing his online content to remove the term.

Kaffir lime leaves come from the citrus hystrix plant, which is native to Southeast Asia. It is known as kaffir lime, Makrut lime, Thai lime or Mauritius papeda.

In South Africa, “Kaffir” is a highly charged racial slur that refers to black Africans. It was used widely in the apartheid era and is now commonly referred to as the “K-word”.

His recipes, he can call them whatever he wants.

In my native tribe the word lime was highly offensive. I think he should try to rename it again.

Are the root words the same? Like is it an unfortunate quirk of languages or is it a brazil nut situation?

I could see a case for changing if its foreign name sounds bad. Imagine a fruit called the bludphart, I doubt there would be a lot of objection to changing it.

He’s a good chef and obviously didn’t mean anything by it.

I have his cookbook and make his “Tar Baby Marshmallow Cookies” all the time.

His recipes, he can call them whatever he wants.

There was zero need to announce it to the whole world.

Nowhere in that story does it say he announced anything. He could have simply told his right hand, “hey, change it” and anyone could have picked up on it. Or he could have hired a PR team to virtue signal this as hard as possible. Hard to know.

I don’t know the dish or the etymology of the word but only know the word Kafir to be a S African slur towards blacks. Given that alone, seems like a smart decision.

How does that make food racist?

“Why should I change, [They’re] the ones that suck?” 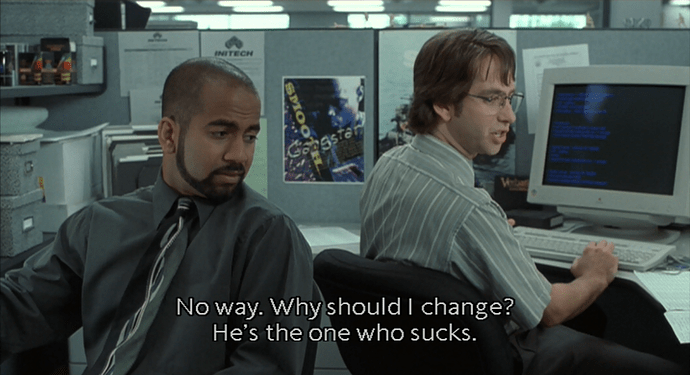 Dude you do this every single time. Just go full faggot mode and stop pretending you aren’t a huge faggot.

I thought kaffir was a slur muslims used against non-muslims.

Food is racist? Sure - why not?
.
I mean, so is air, water, math, raising your pets in a humane fashion, and most recently, highways.

It’s his highway, he can call it whatever he wants.

No, the OG does this every time, whines about the dumbest shit. Guy changed the name of one of his recipes. Do you seriously give a shit?