For all of those who watch Chael's YouTube channel

LOL I looked that up to. Wasn’t there a little truth to it?? I can’t remember exactly but it was nowhere like what he described. But it was a great story.

No the cage moved around a little bit. 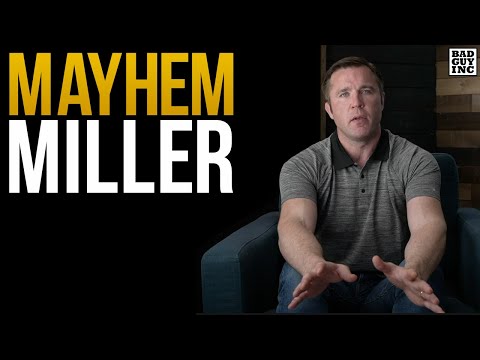 I’m surprised you were the first person to say anything.

I appreciate uncle Chael spicing up his journalism to make it more engaging. It’s that kind of extra effort that shows he really cares about his viewers.

Chael the podcaster is a direct manifestation of Chael the fighter.

You don’t go to his channel for unbiased news and facts; you go for entertainment and bravado. The same way you tuned into his MMA fights - not for his technical ability - but because of the way he sold them. Chael is the very definition of an entertainer.

But always take what he says with complete scepticism.

He’s also a degenerate gambler. He gets in the hole frequently at the casinos in Vegas I’ve heard.

I don’t know how people watch Chaels vids. They’re entertaining for the first 30 seconds and then he just rambles on about nothing. Its like 45 seconds of good content stretched into a 12 minute video

Floyd is not broke yet, and it’s not like he don’t have assets and capital. Butt floyd is bleeding money every day. He’s wealth is not increasing it’s getting smaller by the day. He has no profitable business entity.
The man is seling t shirts for cristaake like a podcaster(nothing bad about podcasters).

He’s argued that his triangle loss was one instance and it usually doesn’t happen and the sport wasn’t as evolved back then, that’s what he’s said I remember

he will be profitable one

Floyd thing is money may. And he is always fronting with his money and everything else. And that’s cool, nothing against that .
But I don’t se anything he is showing besides his boxing matches to uphold that type of living . Al the houses , cars airplanes . It seems that he only has expenses.

He maybe has som revenue he ain’t talking about