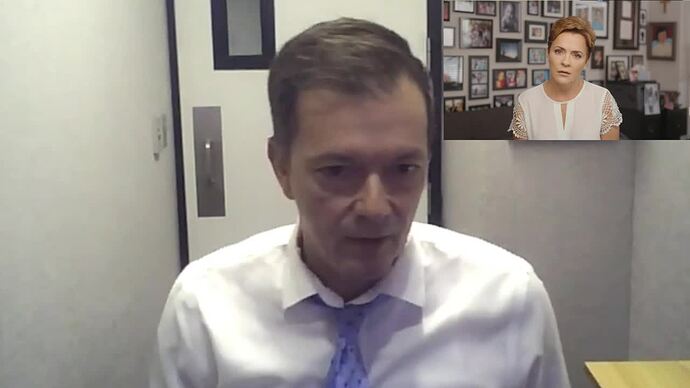 Sign my petition and donate at http://karilake.com! Kari Lake, former TV News Anchor turned Republican candidate for Governor in Arizona, spots a hit-piece coming from a mile away and lays down the ga

She went way too long before bringing up the point that the Democrat party has changed. I think a moderate can sway a lot of votes to their side by pointing out how the democrats have gone far to the left. The average person who considers themselves a liberal, and votes Democrat, is not down with all the BLM violence, transgender players in sports and locker rooms, transgender story hour to preschoolers, critical race theory and the 1619 project being taught as facts, government funded abortion at anytime including after birth, etc. She could sway votes her way if she gets the message out that the democratic party has abandoned the classical liberals.

But the most telling part of the video was in the last minute, when he asked her “what kind of questions do you expect?” in a disbelieving/confused way. He said it as if he thinks hit pieces are journalism, like that’s what journalism is all about and there’s no other way of reporting a story. I think that was the most telling part of the interview

She seems like the right person to push back against bull shit journalism. Plus everything she said is exactly why I switched from left to right back in 2017.