Since it has flown under the radar, I’d just like to point out what a dainty fairy Lewis looked like with an umbrella for the sun (only one with one) when all the drivers did their pre-race national anthem observance.

Someone else had one never saw who it was

Ah, lol, must have missed it moving up to the newest posts at race start. Even he’s not buying his own bullshit

hIS dAd WaS aBuSiVe Huh? Did Schumacher recover and decide to jump into this race? Has Senna descended from the paddock in the sky to have one last go? Even the late Fangio would like a word.

Schumacher won with 2 different teams, in a very different era. Senna won while battling another all-time great, when guys were actually allowed to race their teammates. Fangio raced in an era where death was common, and downforce wasn’t even a concept.

That catch fence does fuck-all for gravel being spewed like buck shot, eh?

Graham Hill says “what am I? A mirage?” 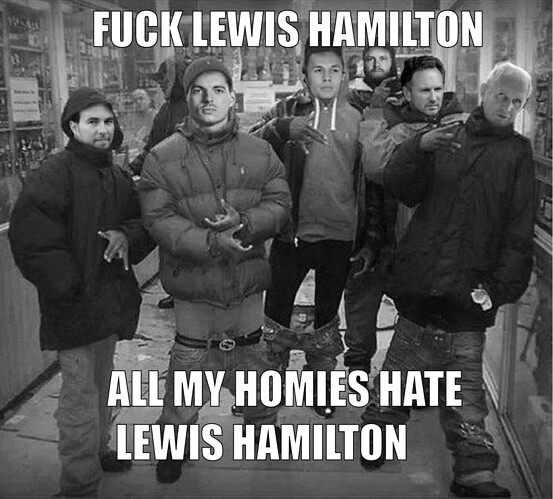 Had to do one more…

What a surprise, F1 wokesters calling all criticism of Lewis “racial abuse”

Merc fans are pieces of shit. I’ve watched 4 or 5 videos from fans in the crowd and they are literally jumping up and down and cheering like they just won the lottery when they see max wreck. Garbage human beings.

Not surprised. God forbid you criticize or hold responsible a black person for their actions.

Had to do one more…

What a surprise, F1 wokesters calling all criticism of Lewis “racial abuse”

Par for the course!! 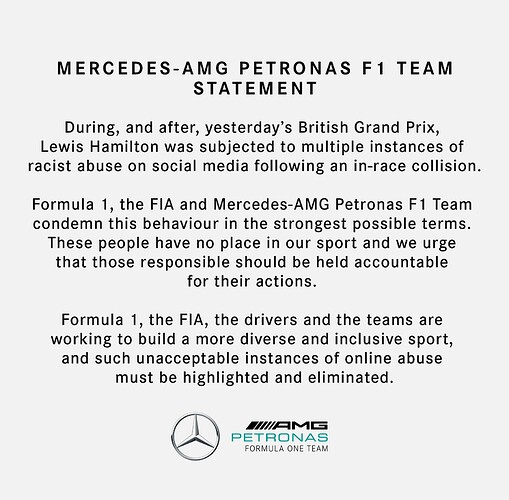 He was getting DESTROYED yesterday

Best way to switch up the narrative?