As of now we have no idea what the Porsche and RB situation is or will be, their is so many unconfirmed rumours, so its all speculation for now.

But if Porsche take over the team (buy a majority stake), RB won’t have a choice about who call’s the shots.

RB owner Dietrich Mateschitz is 78 now, its possible he is starting to look at an exit plan.

Yeah i have heard the same Sauber rumours. But i have also head Williams and Torro Rosso being mentioned with Audi.

I believe the McLaren purchase is still very possible, as they seem to be Audi’s first choice. Mclaren as a "whole"company are not in a good shape, especially their road car division. last year to free up cash they even agreed a £170 million sale and leaseback deal for its Woking Formula 1 and automotive factory.

Mclaren automotive have been having huge looses over the last few years, not helped by terrible build and quality, poor after sales services and a shirking demand. I guess the question is on this side, do Audi (VAG) need or want another premier / performance road car brand, they already own Porsche, Lamborghini, Bugatti, Bentley and 45% stake in Rimac. 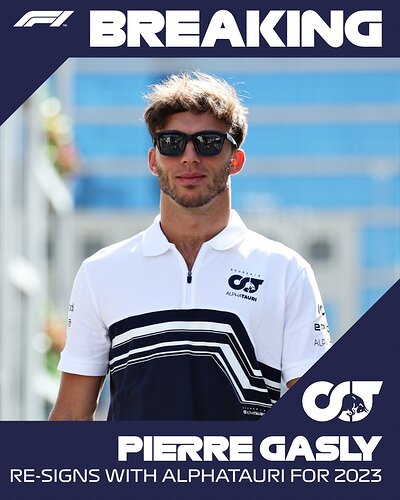 Poor guy had nowhere else to go. But I’m happy to see him stay there for another year. 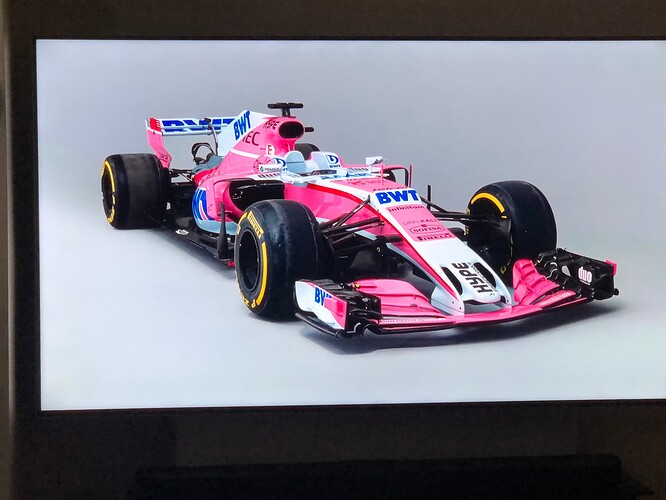 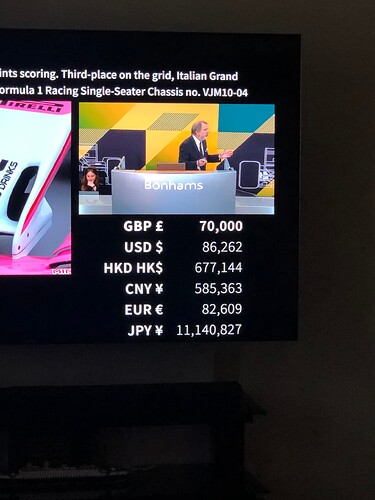 But a pretty sweet souvenir to have if you’re rich. Engine or not.

They sold a 2009 even cheaper not much after.

Why should he have to?

He should have his own team. Rules allow for 23 grid spots so they need to figure shit out. Old boys club don’t want anyone else new to get a cut.

This is fake news. His contract was always through 2023

Was it not an option? Which prob means he has and option for 2024 with them now.

I thought he was signed to Red Bull though not AT.

AT seat was done this year.

Not that it matters either way, he’s part of the Red Bull family one way or another. Better to be driving AT than sitting in the garage somewhere next year like Albon did.

This was posted today, so some kinda “new” deal has been done. But there was nowhere for him to go, and Redbull’s Jr program has not produced any new talent worth trying out next year. 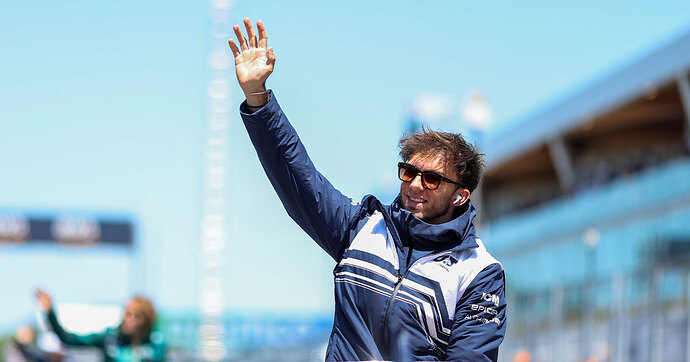 Pierre Gasly stays with us for 2023 | SCUDERIA ALPHATAURI

Scuderia AlphaTauri is delighted to confirm that Pierre Gasly will continue to drive for the team in 2023.

Yea maybe they did some kind of new deal?
Didnt matter though, you think Helmut was gonna sign off on Pierre taking his skills somewhere else? No way

Yeah mate, that’s my thinking, they have maybe done a new deal and extended him another year (option of course).

Yea maybe they did some kind of new deal?
Didnt matter though, you think Helmut was gonna sign off on Pierre taking his skills somewhere else? No way

I’m sure Helmut would rather have Pierre taking Albon’s spot on the mic when Max wins next season than have him drive elsewhere.

Yea Pierre’s redbull contract goes to 2024. His AT seat for next year wasn’t singed until now. He couldn’t have gone to another team next year without redbull allowing it