I was saying thats ok lol

Looks like its just a matter of time now… 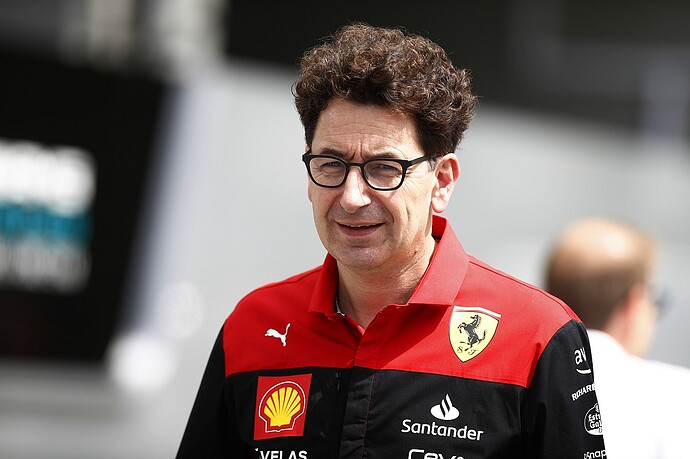 Speculation over the future of Ferrari Formula 1 team principal Mattia Binotto ramped up on Friday when reports out of Italy suggested his departure from the squad could be imminent.

Looks like its just a matter of time now…

Whether it happens or not, it must be real.

Vasseur won’t even deny it. He just says he won’t comment and we’ll find out “soon enough”.

Not a moment too soon.

Why have Ferrari had these leadership issues for so long?

Why cant they hire the right people?

I could write 10 paragraphs about this, but for now i won’t. But ask me the same question after the 2023 season when Ferrari are 3rd or even 4th in the championship and i will do a 10 paragraph rant lol.

Their is no excuses for the basic Ferrari fuck ups during 2022, and as the boss, Binotto is responsible. But he also seems to me to have the team going in the right direction?

And lets not forget that they are racing Newey ( who finally has an engine to match his cars chassis) and Max. I would say the most valuable 2 people in F1 right now.

I’m also no convinced the 2 men at the top that run and control Ferrari really understand F1 racing ( I know they don’t understand the Ferrari brand, as they commissioned the Ferrari SUV, which is diluting the brand for a bit of fast money)…

CEO of Exor - company with the most Ferrari Shares.

John Philip Jacob Elkann (born 1 April 1976) is an Italian-American industrialist. In 1997, he became the chosen heir of his grandfather Gianni Agnelli, following the death of Gianni's nephew Giovanni Alberto Agnelli and since 2004 has been leading the Agnelli family, an Italian multi-industry business dynasty. He chairs the automaker Stellantis and is the chief executive officer (CEO) of Exor, the holding company controlled by the Agnelli family, which also holds a controlling stake in Ferra 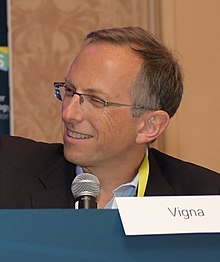 Benedetto Vigna (born 10 April 1969 in Potenza) is an Italian physicist and businessman. He is also the chief executive officer of Ferrari. Born in Potenza, Basilicata, he grew up in the neighboring municipality of Pietrapertosa. Graduating as a physicist from the University of Pisa in 1993, in 1995 he started working for STMicroelectronics starting the company's commitment to microelectromechanical systems.

A physicist working in microelectromechanical systems.

Who better to lead Ferrari?

I mean, the progress has been significant to say the least

Yep. And for 10 years or more we have heard of rumours Newey planning on retiring ( but no rumours now)…
It feels like Max has reinvigorated Neweys love for this shit. Newey has said in interviews that he always wanted to work with Schumi, he now has his Schumi in Max, and a aero ruleset that works for him…

I bet Newey is already looking ahead and being excited by the next 2026 big rule change… It’s Scary.

I just had a back flash… Syntaxless, are you the dude on here with the Golf R with loads of mods?

What kinda power is your R sitting at now?..

It’s been down since August. Got a new tuner and trying to work through the errors with him. It feels really strong but once it hits operating temp (~216°F) it throws an EPC light and goes into limp mode.

You have an R too if I recall. Any mods?

Ohhh… Well, all i can says is, that’s why i only did a light tune on the motor and DSG lol… I Daily the car though… Its maybe 380bhp…

I have a weird rotating noise right now when im going parking speeds ( not in reverse). Sounds like a brake disk rubbing type sound, but its not the brakes. Any idea? ( i had the drive shaft checked)…

Just maps on the motor and the gearbox. I just put new PS5 tires on it, its always wet here, so they work great… 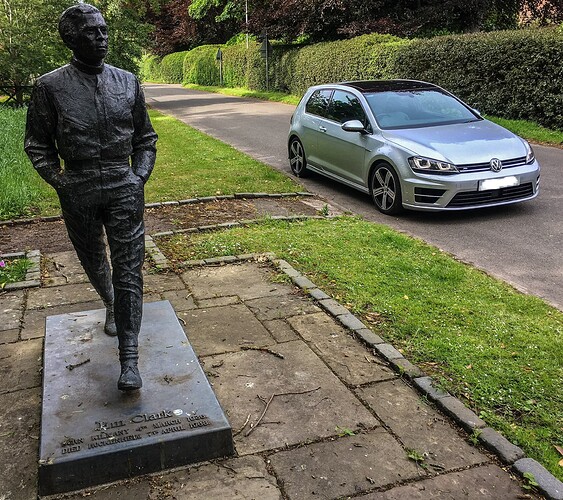 I bought the car with a built motor already so when it failed we had to tear it down and rebuild it a second time unfortunately. If it had never been opened I’d just be a bolt-on boy for sure. I have a sportwagen that’s got the 1.8L EA888.3 in it and that’s just got an APR stage 1 tune and it’s super fun and peppy. Even the DSG tune alone is worth it.

I have a weird rotating noise right now when im going parking speeds ( not in reverse). Sounds like a brake disk rubbing type sound, but its not the brakes.

Where does it sound like it’s coming from? Does it speed up and slow down with acceleration?

I’ve been driving this in the meantime. 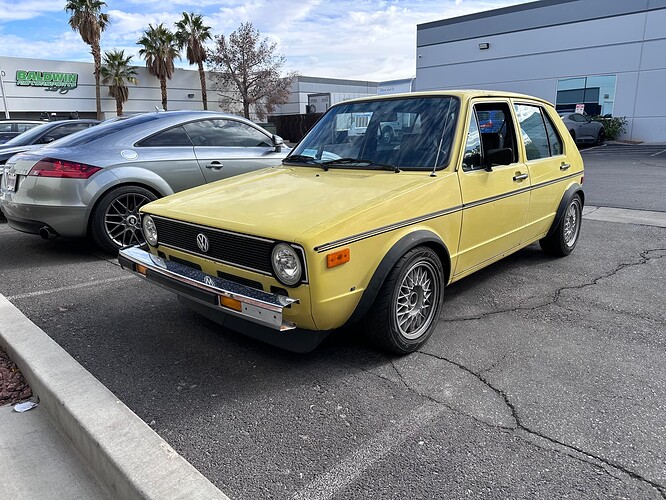 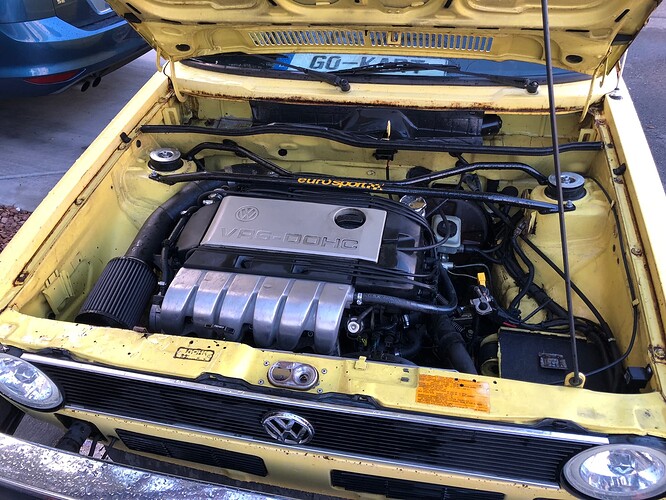 So the maps i had done were APR software “originally”. It was done on a rolling road to the Shell V power avaible here. It feels smother, and i got them to rev match the DSG when im in manual shifting.

The sounds i hear is only apparent at creeping speeds going forwards, like 2 to 3 mph, walking speed… And i can’t hear it in reverse. It’s like a wheel bearing type sound, or a slow speed brake rub after you have been blasting the car and let it cool down. But i got the brakes checked and its not them. Once even at a slow crawling speed and the car shifts to 2nd the sound goes ( but it doesn’t seem to be the DSG)…