I try to stay away from Monkeys unless they have a cute jacket and pot for me.

There was a Howler in CR that would hang out at the bar and anyone who wouldn’t freely handover whatever it wanted, it would air hump and throw it’s man juice at you.

Never understood how it took two years for it to die in a bar fight.

Monkey taunting OP after kicking his ass and chasing him out of his territory.

would hang out at the bar and anyone who wouldn’t freely handover whatever it wanted,

Rig, next time, sweep the leg! Fuck that monkey! Great story. Laughed my ass off bro.

When he throws dirt in the monkeys face I lose it everytime! Lol

thats smart, I was to scared of getting the bad aids, to think of that

Rig, next time, sweep the leg! Fuck that monkey!

When my brother was a little kid my mum took him to a farm, kinda like a zoo, and he posed for a photo next to a horse. Well the fucker bit him on his back and chucked him. Hahah I’m giggling even typing it out. Iirc my mum smacked me for laughing about it.

he posed for a photo next to a horse. Well the fucker bit him on his back and chucked him. Hahah I’m giggling even typing it out.

Me too. That’s fucking funny. Did you see all of the camel gifs @Cuttin_In @Hessian posted in the Just failing… thread 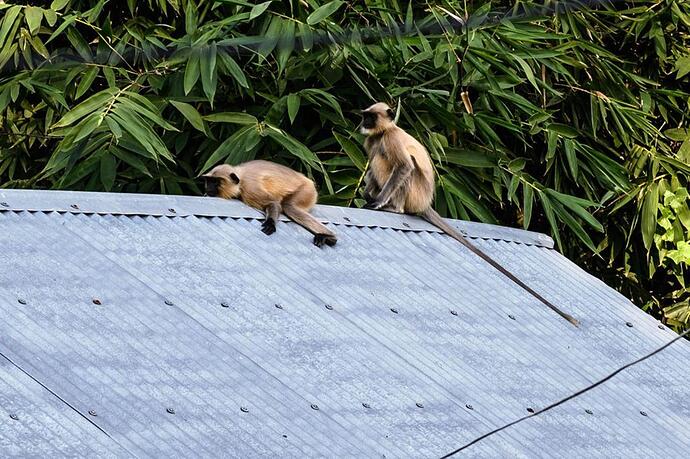 Two monkeys have reportedly been captured in India for killing some 250 dogs in a murderous revenge massacre after pooches killed one of their babies.

Edit: Isn’t there a dog hater on here? Maybe he trained 1 and the rest is history…

They are some sick fucks!

he posed for a photo next to a horse. Well the fucker bit him on his back and chucked him. Hahah I’m giggling even typing it out.

Me too. That’s fucking funny. Did you see all of the camel gifs @Cuttin_In @Hessian posted in the Just failing… thread

I’ll check it out.

Ahhhh fuck me I got a camel story too. When I was in the navy there was a chap Zimbabwe iny class. We called him Zim. He got made class leader and turned into an absolute cunt and was always irritating us all. He lost his class leader role but he’d burned a lot of bridges. The reason he was in the navy was his family had been run off they land a tobacco plantation by Mugabe troops and had fled for asylum in the UK.

Well one day when he was being dickhead in class me and the guy next to me drew a picture of Zim, but as a camel (he looked like one) getting shafted by Robert Mugabe. It was fucken awesome. My mate was like a proper artist.

It came out beautiful and made him really fucken angry too. He told the chief who then addresses the class asking who did it while trying to keep a straight face. We both admitted it and he just knock it off.

After that day everyone referred to him as Zim the grass. 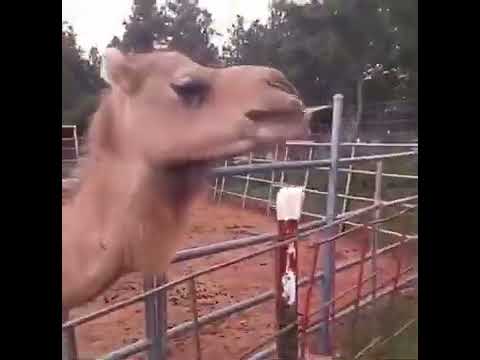 What brought all of this on? Early in the 19th century, Alfred Thornton wrote a story called Don Juan in London. In the story, Don Juan is taken to the Westminister pit in London at which he witnesses a monkey whip a Bulldog. Well, so often there is a retelling of the famous account of the monkey Jacco Macacco and how he had killed numerous Bulldogs. This was in spite of the fact that Jacco Macaccoâ€”even the name has a laugh in it!â€”was smaller than the dogs. He didn’t win by superior intellect; he won by having sharper teeth with which he bit a hole in the dogs’ necks and caused them to bleed to death. All this is dutifully illustrated by some long forgotten artist. Even earlier, a story was told in the Sporting Magazine in 1799 about a monkey which whipped a Bulldog by getting on its back and beating its brains out with a foot-long stick. This was also illustrated, and the print is shown in Denlinger’s The Complete Pit Bull or Staffordshire Terrier.

Well, let’s just think about all of this for a minute. Is it possible that a small monkey can bite the necks out of our Bulldogs? Consider that a dog has one of the strongest bites of any animal. There are special processes on the skull which the jaw muscles attach to, and the muscles are large and strong. Any primate, including ourselves, lacks these processes, and our mouths are small compared to a dog’s, and the same is true of nearly all other primates. The baboon probably has the most powerful mouth of the primates, but it is very likely less powerful than that of a dog. Serious predators, such as wolves (dogs) and lions have fixed jaws. They only move up and down. One reason for that adaptation is to strengthen the jaws. And the long line of fighting Bulldogs has produced a jaw that is even stronger than that of average dogs. If they donâ€™t bite holes in each otherâ€™s necks, how could a monkey do it?

Now, let’s consider the times of these writings. Around 1800, England had colonized large portions of Africa, but little was known about their animals. In fact, the importation (in Queen Victoria’s time) of an African elephant, Jumbo, so fired the public interest that the name itself has become part of the English lexicon. All of this was pre-Darwin, so the human-like monkeys were a puzzlement and of particular fascination. It was known that they were often vicious, and I myself have seen the very impressive threat displays that they put on in their own jungles (in Central America), but we should know that threat displays and combative ability are not the same thing.

Now, let us also factor in the information that journalists of that time had few restrictions or reservations about what they wrote; hence, they were mostly of the National Inquirer school of writing. And Alfred Thornton’s story of Don Juan’s adventures in London made no pretense to truth. Don Juan was a fictional character, after all, about whom everyone from Mozart to George Shaw wrote. Yet, this story has been quoted ad nauseam in various books as evidence that a monkey can defeat a dog.

Quite frankly, I doubt very much that any of the primates is likely to have much success against a Bulldog. The great apes, such as the chimp, the orangutan, and the gorilla, are large and powerful, but I don’t think that they could take the pain that a Bulldog would put on them, as most primates are quite susceptible to shock.

The Bulldog is a truly unique animal. If, as I think, he has been bred for hunting and fighting for many centuries, it is no wonder that his combative skills are unsurpassed. Iâ€™m not going to get a monkey or an ape to prove the point, but I am pretty skeptical that they can be bested by such animals. And I donâ€™t think it is sheer stubbornness on my part. Rather, I think my view comes from a long life time with Bulldogs and an interest in all things biological. Knowing what I know, I am inclined to skepticism about all this monkey business. And I try to practice critical thinking.

I had a monkey steal a rice cooker put of the back of my pickup truck in thailand. I stopped at a scenic view point and was enjoying the view taking a picture, i turn around and that Little fucker was running away with it.

Telling the story has actually made me wonder what he’s up to. When we went from a 16 man mess to a 4 man mess he was in my room. Apparently 2 of the other applications were under the impression we liked him. I fucken didn’t. Whenever we did our Kung Fu fights I’d try and get him