Found the guy who attacked me from behind 10 years ago

Checked out his profile and he hasn’t been active for 3 years. Doubt he got any of your messages, He might not have messenger giving notifications, I have them off on mine and can’t see messages unless I open Facebook because I often get messages from exs or other girls and my fiancé would be able to see pop ups on my phone type shit.

Definatly not in a street gang, more like a crew, looks like a group of hicks who drink beers and go snowmobiling and dirt biking together, probably has a lifted truck and goes “muddin” lol, I know the type when I grew up in a small town, they were good ol boys, if they are into crime it’s probably stealing car parts type shit.

When I moved to Mississauga there were a few actual gangs from there and Brampton, then was dating my ex who lived in the Jane and finch area so was there a lot, the TCHC buildings had gangs like driftwood crips etc, those were gangs, all looked like pussies but they don’t choke people out or fight fair, it’s guns and knives at the very least.

If you fuck this dude up you won’t get the backlash, he ain’t showing up with a gun after

Ya ive been messaging friends of his who post regularly to share with him. And yes i have confirmed he was in MTB, but yes i agree with your sentiment, its a milton gang right haha not the real thing.

But ya think I got to stop persuing this for a while for my mental health as revenge is a slippery slope haha. Ill worry about it when i come back im thinking thanks for ur help tho.

Yes im focusing too much on ppl whove wronged me in the past i think now haha.

I know you say you’ve got a lot of time on your hands currently but you might want to shift some of your focus to more productive self-improvement related activities than chasing down a guy who may or may not have assaulted you a decade ago.

True, im dead certain its him tho. Drove me nuts back in the day and hurt my confidence big time as i thought i was a pretty tough guy before right. But like i said, used it as motivation to bulk up some to make myself look more imposing. cheers.

And as I said, saw a lot of likes from the cunt sister of an exgf who despises so she mightve put him up to this which is disgusting if so ie. she told him i had striking training which is why he attacked me like he did. Anyways thats enough for this for now im thinking. Will focus on thailand and enjoy myself, training over there and traveling elsewhere the next while. Cheers guys thanks for listening.

Nah, may go to police before I leave. But most likely will be waiting until after my adventure to exact vengeance. Figured its been 10 years, another year wont make a difference. Hes an enemy for life now and now I know who it is. Ill get him guys. Might not be able to post about it on here. But rest assured. I know who it is and he’s mine now, its just a matter of time. Cheers.

The Queen wouldn’t want her colony able to rise up.

Is this supposed to be a burn?

what’s next ? a yo momma joke?

Did you shout, “Fuck, I’m da man” just before your lights went out?

Just cleaning up my bookmarks. And I found this again ^^. I’m going to leave it bookmarked to go back to anytime I need to laugh my ass off

Its been close to 10 years ive waited for revenge

Revenge is a dish best served reheated in the microwave

Its been close to 10 years ive waited for revenge

Revenge is a dish best served reheated in the microwave 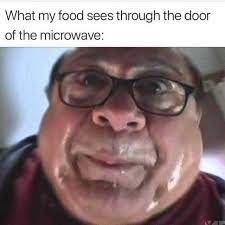 Ill get him. Just dont want to fuck up my plans.

This may have been covered but if he attacked you from behind and choked you out , how were you able to punch him that well ?

HAve pretty good arm punches I guess. Like I said, knew I was going our at that point, my attempts to escape failed so that was my last stand and being covered in blood upon waking told me I got him pretty good and also told me he held it for a while after i was out.

Update? Have you confronted him yet? Fucked his ex gf? Anything?

Nope as I said I was focusing too much on ppl whove wrong me in the past and it was sending me down a bad mental path so decided not to worry about it for now and get him when I see him in public when I come back.

Nope as I said I was focusing too much on ppl whove wrong me in the past and it was sending me down a bad mental path so decided not to worry about it for now and get him when I see him in public when I come back.

Good idea. No need to do anything… just relax enjoy your life… and maybe in 1-2 years he will pass naturally from a heart attack…

You mean like bang him when you see him? You gone gay again?