So apparently the owner died and nobody knew he had this truck in there (was a Corvette also). It sat for many years. 2004 Ford Lightning with 12,000 miles. So hard to find these trucks completely stock with low miles. I flew from Alaska to Maryland, rented a uHaul and trailer and drove it to Spokane Washington to the terminal to have it barged to Alaska. My other Lightning is also an 04 but it’s not stock. My modified Lightning hit 600rwhp and I think 650 or 700 torque. I was younger when I modified it. Been trying to get a stock one with low miles for years. 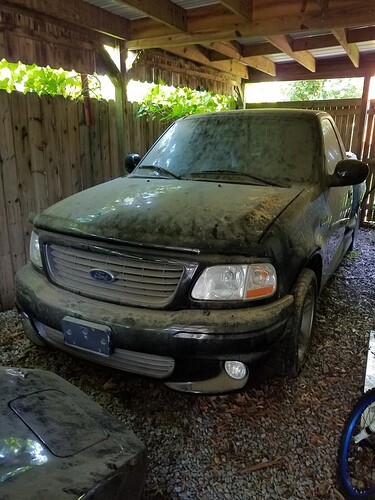 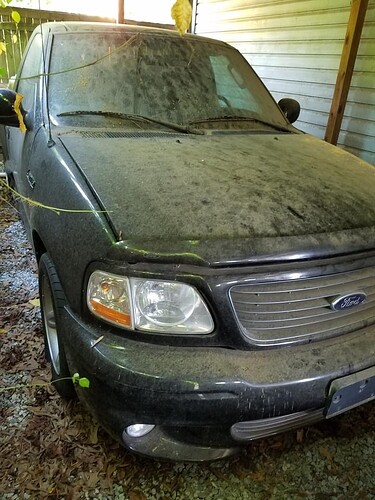 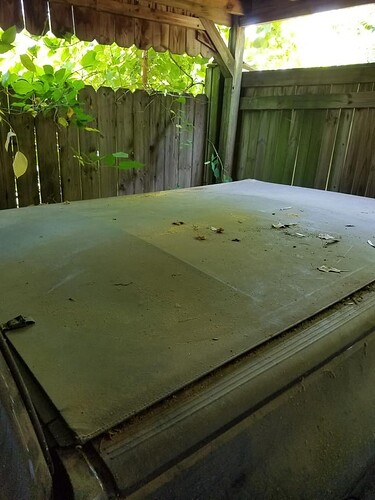 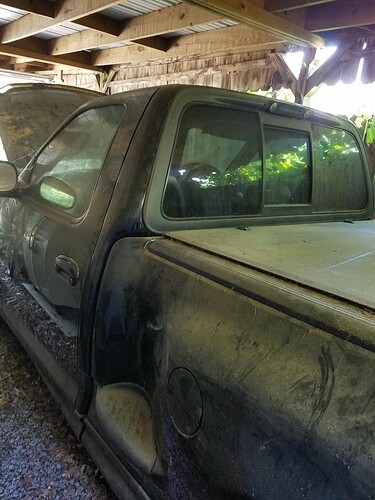 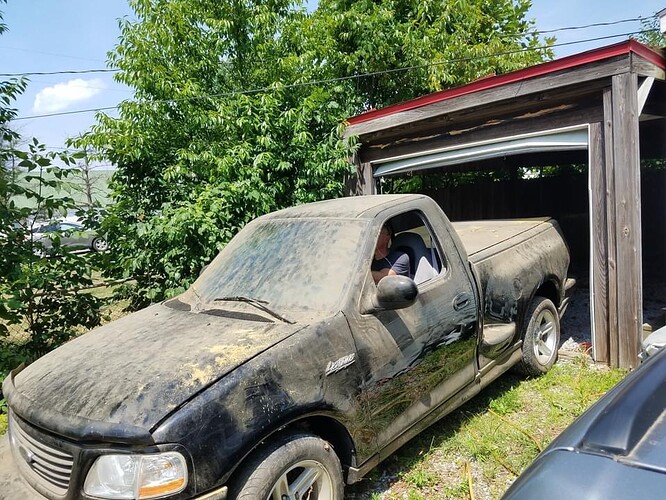 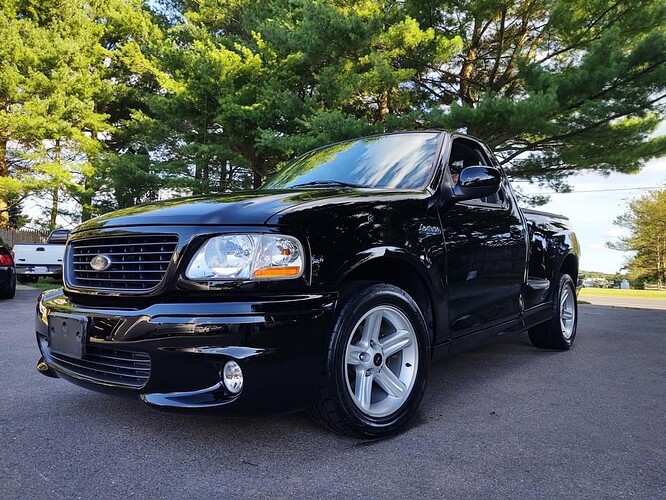 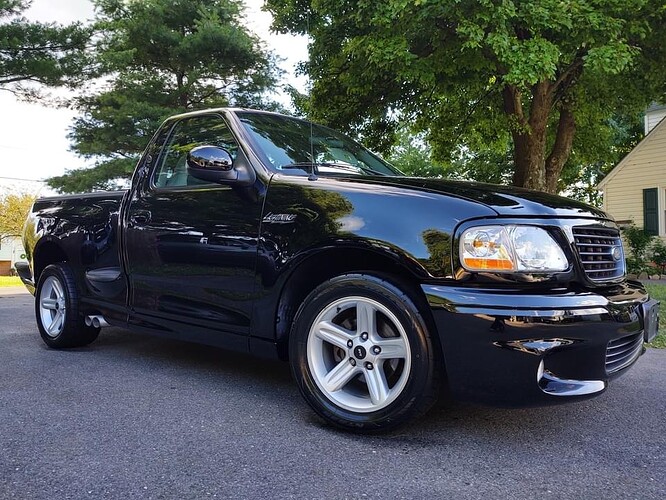 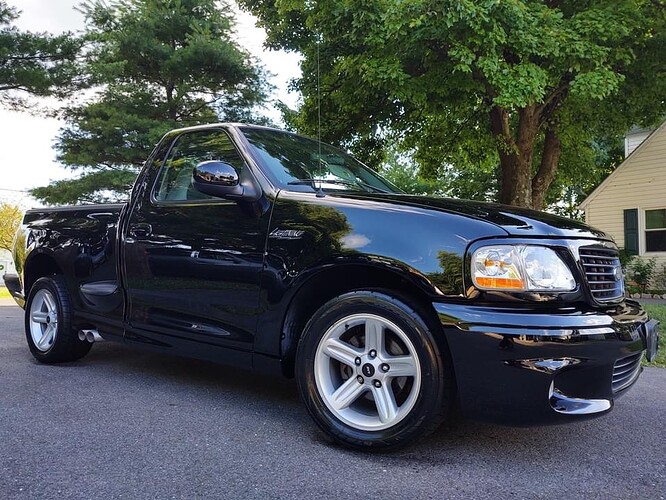 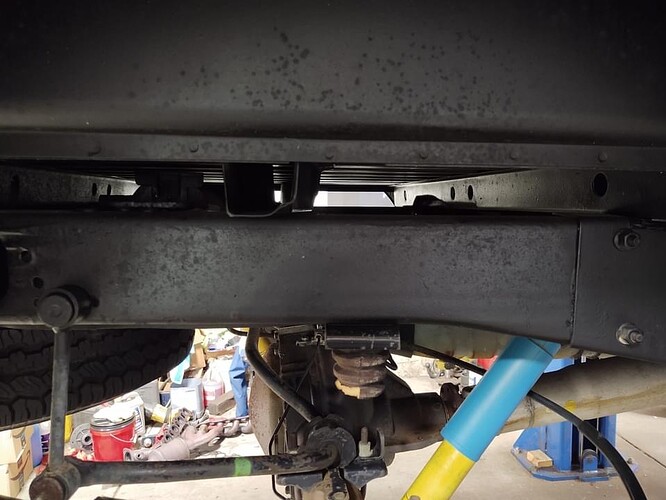 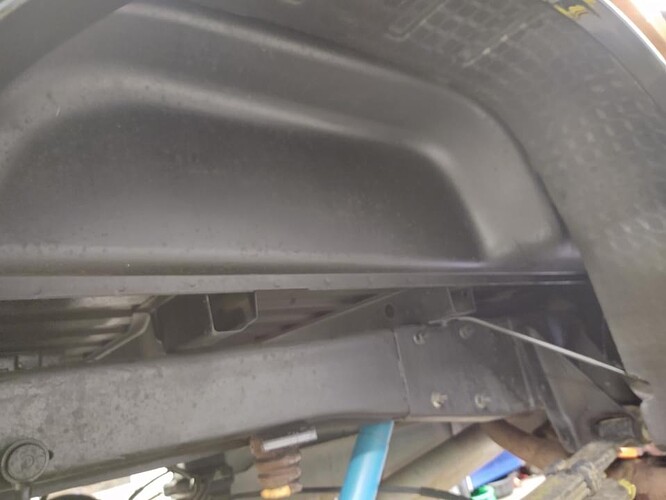 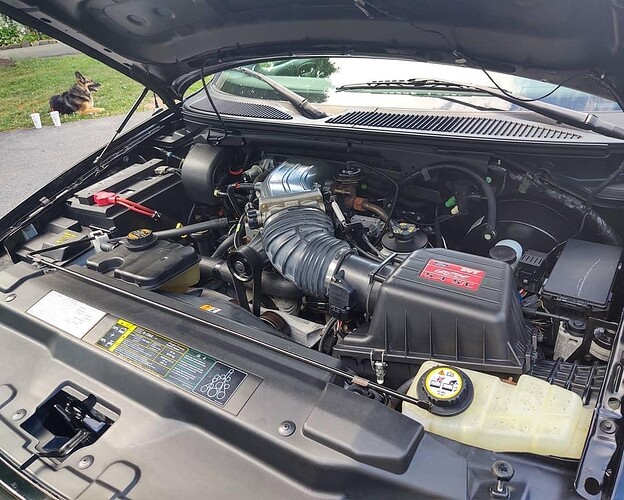 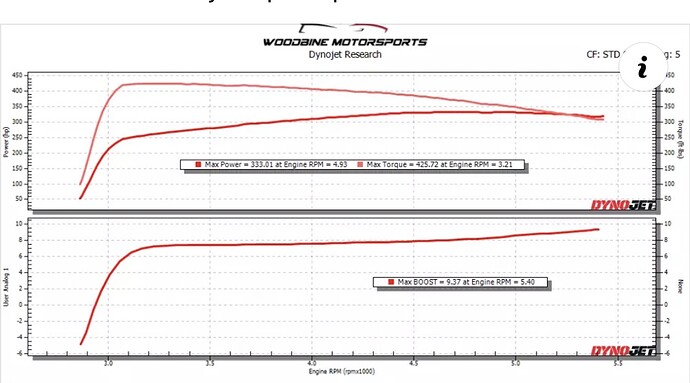 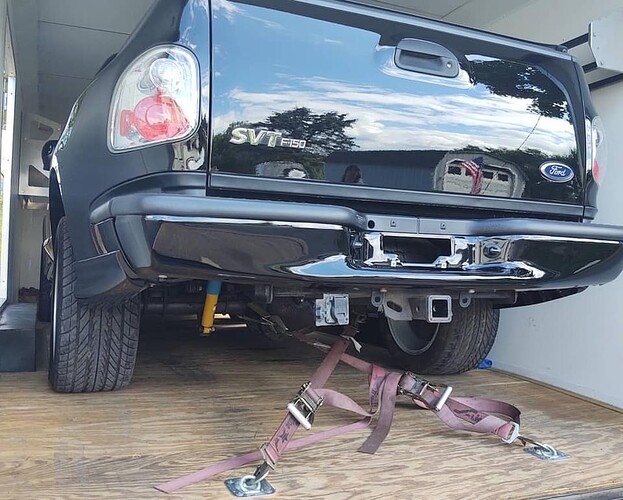 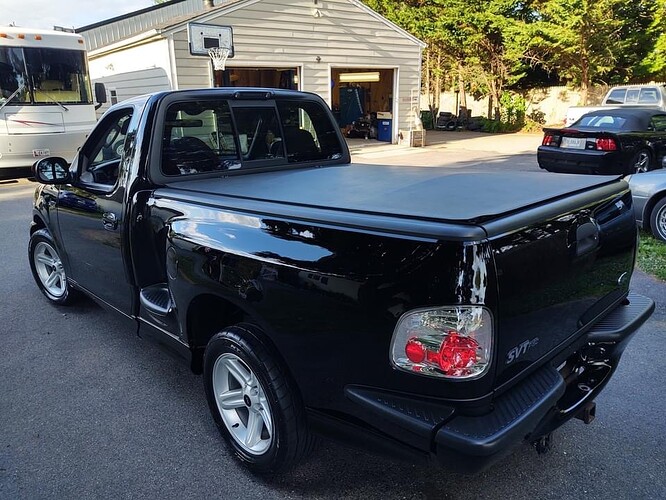 Paint it RED and we’re in business.

Here’s my red one. This one is a pain in the ass. I lowered it (terrible idea), plus the windows are tinted and it’s straight pipes. It’s annoying how loud it is. I’m looking for my dyno sheets. 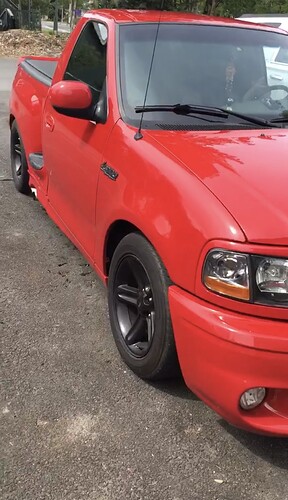 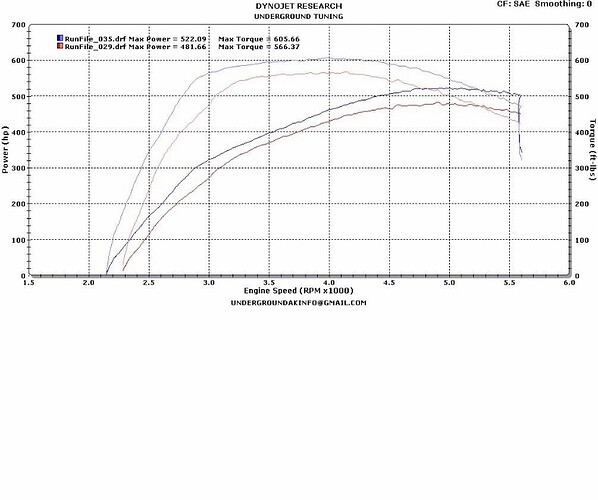 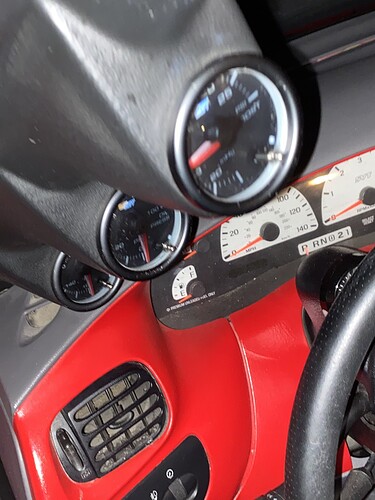 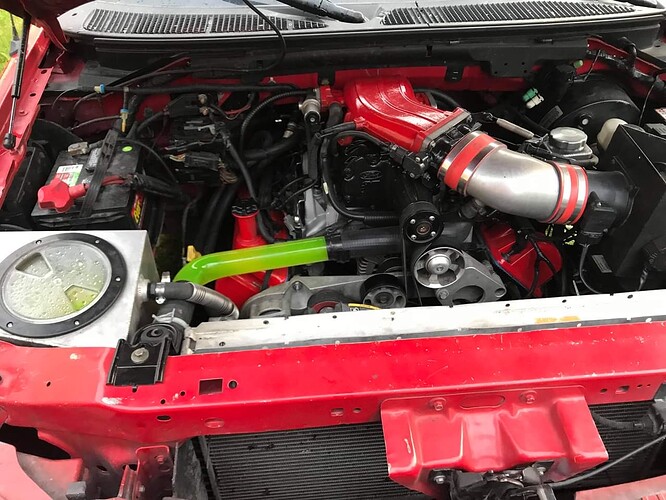 Why haven’t you been posting stuff like this the whole time?

Because the old site sucked dick, I hated uploading an image to a site, then copy and paste image from said site to thread. This site you can just upload right off your photo gallery. It won’t allow videos though which I guess is understandable. I’m trying to figure out how to edit a picture on iPhone. I don’t like my plates on here haha. That’s why I cropped them out all fucked up.

I mean that you are into modified vehicles and cool shit like that in general. This place needs that over shitposting flamewars. lol

I usually only post here shit faced in between COD rages or breaks. All I do is drink and fuck with fast machines. Jet skis, quads, trucks, cars, I even fuck with Brushless E-Revo RC’s

This fucker goes 70mph, straight up water skips puddles. They are a pain in the ass. Damn near break something every time, or strip the spur gear. 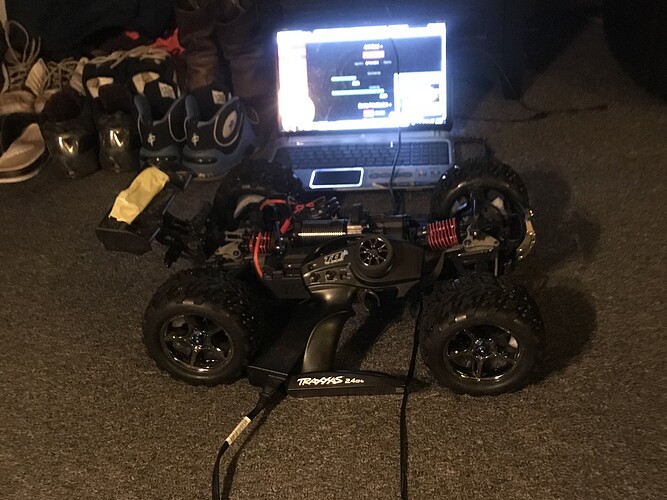 Fucking gorgeous. How did you find out about it?

I happened to follow a guy (we’ll call him Joe) in Maryland that owns a tuning shop. He’s pretty well known for tuning Lightnings and Mustangs. I hate Mustangs, only Ford I like is the 04 Lightning so don’t start with the Pony car jokes. When the person who owned the truck originally passed away I believe a family member contacted Joe. Joe posted it on his Facebook. I called him wired the money he mailed me the title I put it in my name flew to Maryland and started heading towards Alaska. I did not get a good price on it. The guy was a prick negotiating with. Picture with no cover is Ohio, covered pic is Indiana I think. Yes 333rwhp is stock. 333rwhp is roughly 391-415hp at the flywheel. Probably right around 403hp. 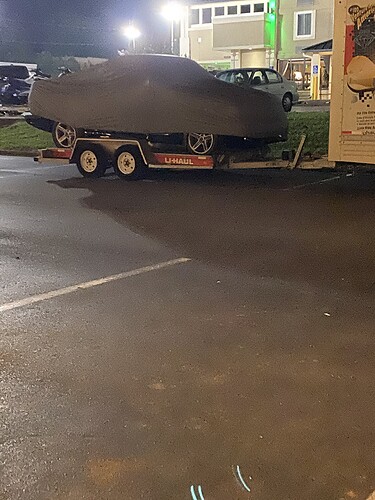 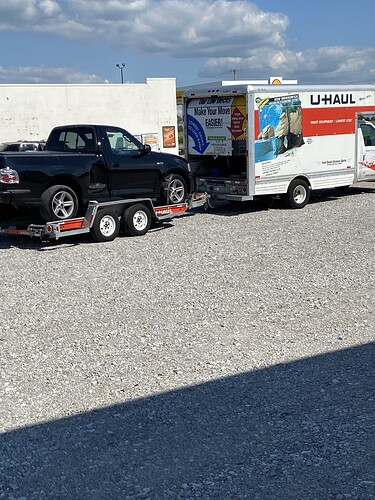 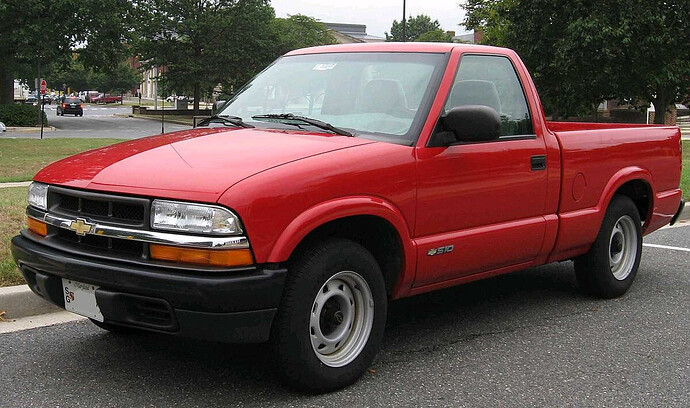 Thread should be titled “bought this barn find truck someone found”.

Sorry for the negativity. Finding and buying vehicles is a way of life, lol.

. I had a 72 GTO w a 400big block but gave it to my dads good friend who lost his wife. He wanted to buy it, but I let it sit for years and didn’t really have any plans to restore it. I moved it along side my parents horse shoe pit, too many drinks later we decided to play horse shoes. My first toss right through the back window 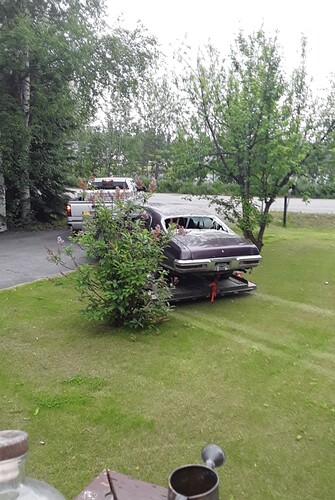 No offense taken. I was blown away when I seen him post it. There was a Corvette also, but it was a shitty year. I bet that had no miles either.

I was originally thinking the same thing. But I give exceptions to Lightnings and Syclones.

Cyclone is fucking badass also. I just think the Lightning looks the best. I was always torn between the Ram SRT-10 or the Lightning. I loved the original Silverado SS 454 but the 454 is weak as fuck in it (hp wise, big for nothing) It can look clean, and I’ve seen modified ones rip. I occasionally see a Cyclone once or twice a summer. I don’t think his is stock though, his turbo is loud as fuck. Never talked to him, always see him driving when it’s not expected. Cyclone reminds me of a Grand National fucking sleeper vehicles that are capable of eating your lunch haha. I was so pissed when Chevy launched the AWD extended cab SS. I ended up getting a Trailblazer SS for my winter vehicle. That was a hard choice also Trailblazer SS or Jeep SRT-10. Jeep was like 65-70k used in 08, I was 23 didn’t exactly have 65k compared to 30 or 35k for the Trailblazer.

I did not get a good price on it.