I mean what does Silva have? Muay Thai clinch,big freakin deal! Frank Shamrock kneed a guy so hard he developed not only a cough but a limp too.

Oh Anderson has BJJ skills,big freakin deal! Frank has mastered Shamrock anti ju jitsu it is so effective he knocked out a Gracie in 21 seconds!

good But Anderson has cardio and is so strong he dominated Rich Franklin,Big freakin deal! Frank taught cardio to Tito Ortiz...after he kicked his ass! Oh and as for strength Frank picked up and slammed Igor Zinoviev into a living death! 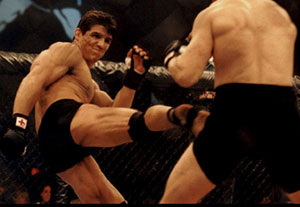 So how does Anderson Silva beat Frank Shamrock? The answer is HE DOESNT!!!!! 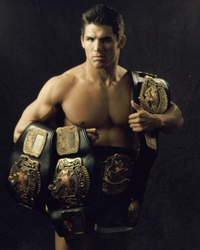 that would be crazy if Frank body slammed Baroni to a KO..

Frank has some crazy moves.. slamming Zinoviev was the first time I had ever seen that..

the knees to Renzo ribs has never been done as far as what I have seen.. and the knee to the head from his back was unreal

frank is a bad mothefucker for sure

"Silva is unbeatable, his stand up is A+ and he is now a BJJ BB so im gonna bet the house on Silva..lol"

Enjoy life on the streets my friend

Plus Frank is well rested.

That Frank vs Tito fight is STILL my #1 MMA fight ever.

Wow, he finished Tito and Renzo with strikes to the back of the head. Genius

like we care what you have to say TUF noob KKM

He beat Tito with strikes to the side of the head and out cardio'd him into a living death! RedDragonUK put way too much time and effort into this thread.

phattyjew I know its difficult to accept Frank as the saviour of MMA but he just is ok. Heres some reading and study material for you: