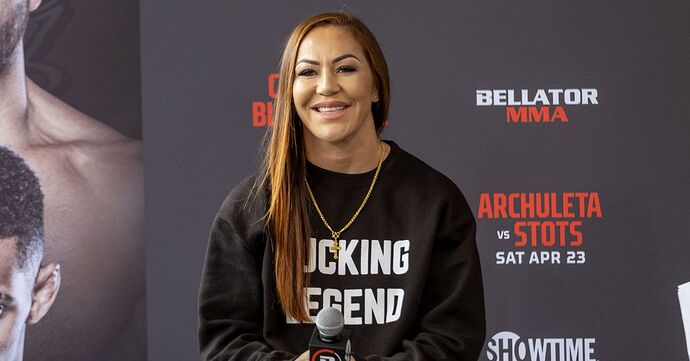 Cris Cyborg looks to be departing the cage for the ring in her next venture. 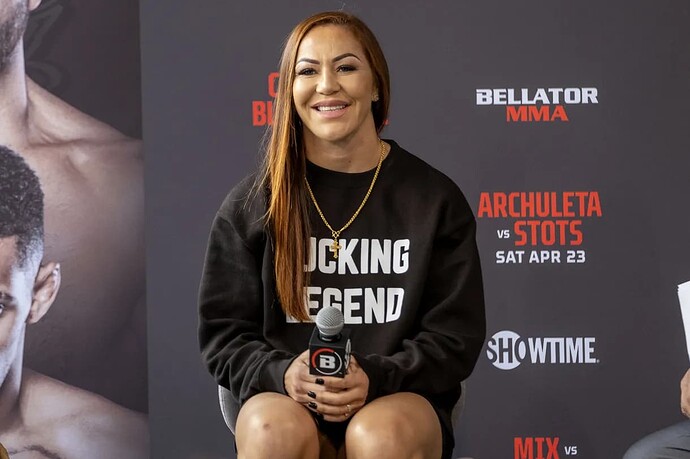 Cris “Cyborg” Justino looks to be departing the cage for the ring in her next venture.

In 2022, the Curitiba, Brazil native proudly wears her label of “grand slam” MMA champion, having won titles in every major organization she’s fought for. While notorious for her MMA career, Cyborg has also sought out challenges in other variations of combat sports such as grappling and Muay Thai, most recently in the early 2010s.

Now having won in all five of her Bellator appearances to this point, the champion has announced that she’s officially a free agent but remains in an offer period that’s soon to be over. Among the negotiations had, Cyborg is leaning towards trying her hands in the boxing world, receiving a match offer with the opponent and date, it’s just a matter of finalizing things on paper.

“My team already received the contract, we’ve been back and forth working on the contract, I believe soon, we’ll finish and I’ll sign,” Cyborg said on The Catch-Up. “Then you guys are gonna know who and where is gonna be my next fight. I’m very excited to do my first fight in boxing. Very, very excited. It’s one of my dreams.”

Currently the Bellator women’s featherweight champion, Cyborg has been one of the most dominant forces in all of MMA since arriving on the scene in 2005. It wasn’t long after until she made her presence truly felt in Strikeforce, defeating Gina Carano in one of the sport’s most pivotal moments to become the inaugural champion of her weight class for the promotion.

The most logical next step for Cyborg in her primary fighting field has seemed to be a matchup with the undefeated lightweight destroyer, Kayla Harrison, who is on her way to a third consecutive PFL title.

PFL and Harrison have made it no secret regarding their willingness and desire to make the fight happen by any means necessary. Bellator has also shown interest in the form of offering Harrison a contract and the Cyborg title fight for her promotional debut during her own free agency earlier this year. PFL, however, prevented it by matching the contract, and now as recently as last week, CEO Peter Murray shared that there has already been “outreach” to the 37-year-old.
“We’ve never had any talks with PFL,” Cyborg said. “They never talk about this fight. I know it’s a lot of talks on the internet to make this fight happen with [Harrison], two different ways, but I’ve never had the opportunity to talk about anything.

“I’ve been talking to [Bellator President] Scott Coker about boxing fights, we’ve talked about how being co-promoters would be really nice. I really love working with Scott Coker and if we have the opportunity to make this fight happen and continue to be with Scott, that would be amazing, co-promote the event, and I think make the fight happen.”

Despite all of the hurdles that continue to pop up to make the possible Cyborg-Harrison showdown a reality, each side — for the most part — is making it clear that they do at least want it to happen some way and somehow.

“You see [Harrison’s manager] Ali [Abdelaziz] already been saying like Kayla didn’t sell pay-per-views, it’s not interesting,” Cyborg said. “But I believe the promoters are pushing for the fight to happen but her own manager [isn’t]. I think a lot of things have to change if they really want this fight to happen.

“I’m open to the best fight for my fans.”

There’s been talk of Cyborg vs. Katie Taylor for a while. Maybe that’s going to happen. Not much chance of Cyborg winning, but it will very likely be a bigger payday.

She can rage-bully the lower ranked fighters but against the top fighters, she’d have mixed success at best.

“I’m open to the best fight for my fans.”

ok sure sure gif 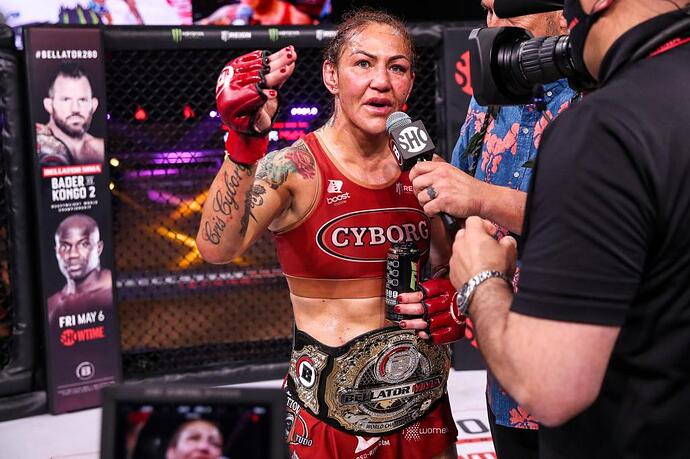 It’s not that the Bellator MMA featherweight champion is nervous, in her own assessment, ahead of her professional boxing debut Sunday in her hometown of Curitiba, Brazil, where she will face veteran Simone Silva. Excited: That’s more like it.

“It’s different, but it’s still fighting. It’s still a fight,” the 37-year-old GOAT and pioneer of women’s mixed martial arts told The Post this week via Zoom. “I know it’s a different sport. I prepared very [well]. I feel ready.”

For well over a decade, Cyborg has been either No. 1 or 2 in the world at 145 pounds in MMA. And for years, she — like so many successful mixed martial artists — has toyed with the idea of trying her hands at boxing. At last, the stars aligned for her to chase another dream of hers as she competes at 154 pounds.

That difference in weight already has Cyborg feeling much better than is typical for fight week, given she won’t have to cut an extra nine pounds. 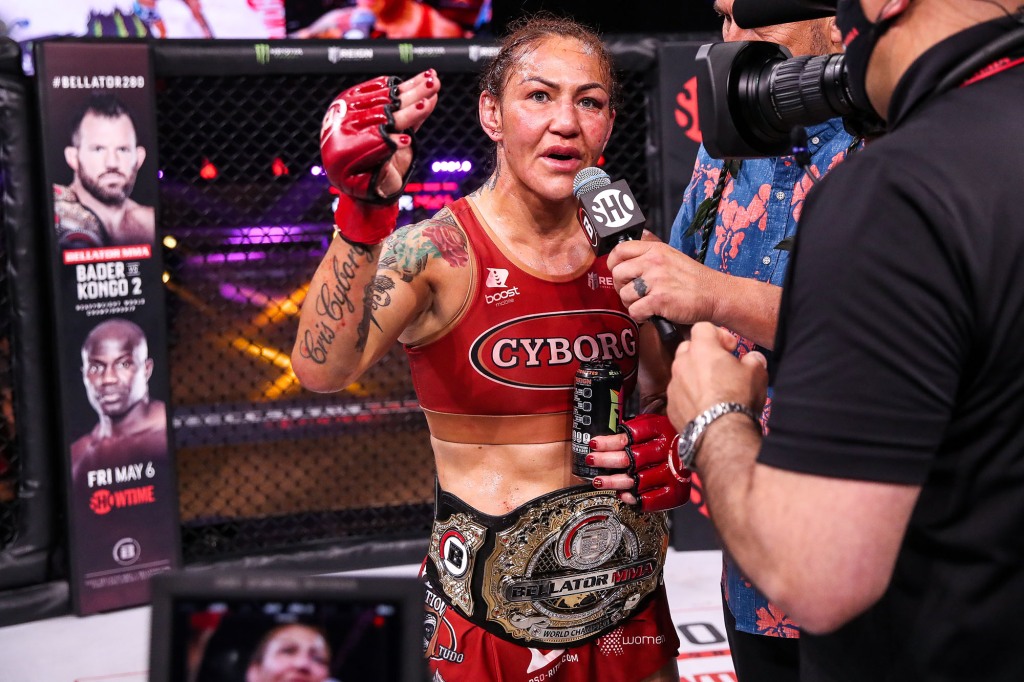 Cyborg says she’s motivated to give her fans the fights they want to see. And at this point, those fans are calling as loudly as they can for her to face unbeaten PFL lightweight champion and two-time Olympic gold medal-winning judoka Kayla Harrison. It’s a bout Harrison has called for just as loudly and, reportedly, nearly came together during Harrison’s free agency period earlier this year before PFL exercised its right to match a Bellator contract offer.

The two women, who alongside Amanda Nunes are considered the world’s best at 145 pounds and up, have traded words on social media for years, but Cyborg deferred this week on the subject of the two facing off, at least while she’s got boxing business to handle.

“Let’s see after this fight,” said Cyborg of potentially facing Harrison. “I don’t like to think about the future.” 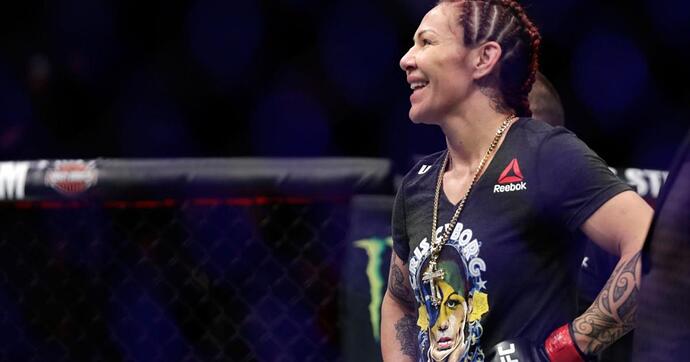 The Sporting News has you covered when it comes to when Cris Cyborg and Simone Silva will enter the boxing ring.