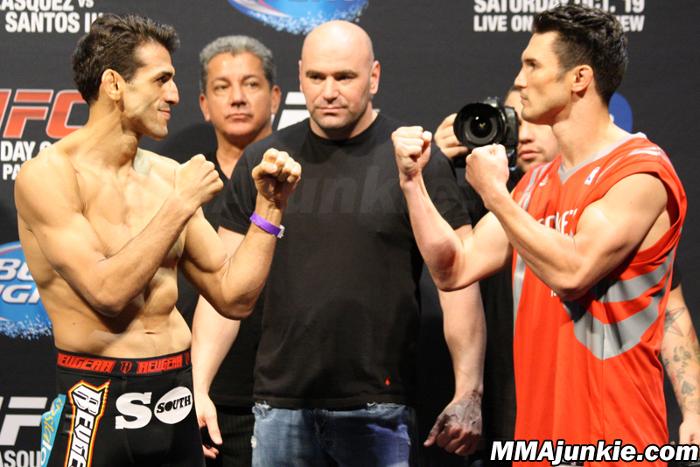 Good scrap, KJ will want to keep it standing, lets see how it goes...

Could I ask you for updates? I can't watch the show

Noons better have worked on his TDD

KJs boxing is not as good as everyone gives him credit for. Really weird style

George circling away waiting to counter punch..crowd booing a bit, KJ stallking Sot who is looking to ahve good footwork, moving to his right away from everything....KJ with rights to the body, Geroge countering now some....George showing jab now...oh no KJ gets an eye poke and time is stopped.,,,KJ wants to resume with a very red eye now...KJ chasing down George...big flurry by KJ to end the round strong and exciting...

Sot needs to take him down

Great flurry by Noons at the end.
10-9 Noons

Joe Rogan - "We have a minute to go and nothing is happening. So far, I would give it to KJ but based on what? A couple jabs to the body?"

And that right there is the issue with judging in MMA; guys like Rogan willing to score a full round to a fighter based on a couple jabs.

YousHerName - KJs boxing is not as good as everyone gives him credit for. Really weird style

I think he is getting outstruck round two. His style is frustrating to watch