Getting an epidural in neck next week. Tme

Finally got referred to a decent doctor after having off and on tingling and slightly less grip strength in left arm (dominant arm) from an undiagnosed neck injury over 10 years ago. He makes it sound like this could help the nerves that are being pinched in that area and with PT I should hopefully be able to keep it in check. My buddy/roommate was saying that once people get those they have to keep getting them. He often has uninformed opinions to share on topics he knows very little of, but I'm not dismissing him completely. Personally, I'm excited and hopeful. Feel free to share your experiences on this matter. Thanks

Sounds kinda sketch to me.

But no you won't have to keep getting them.

You can only have a limited amount of then, so again no you wont keep having them.

Cortico-steroids more or less just take some of the swelling down, which can do wonders.
But 10 years of issues is not swelling. Sounds like there is a structural issue to me.
Perhaps a facet joint nerve, this is common, but I am no Doc.

If it is a facet joint nerve, that is where the injection should go. Not in the epidural space. It may or may not work. If not you could move on to an ablation. This works often and is a few minute procedure.

I would for sure get another opinion from a good cervical specialist before doing anything at all. Just because it sounds sketchy.

Fuckin aye bro. You're sketchin me out now. Lol

When are you getting an epidural in your dick ?

I had two rounds of epidurals last summer.  The first helped a bit, the second did nothing.

Fuckin aye bro. You're sketchin me out now. Lol

I have never seen your films, nor heard your story, so obviously I am guessing.

But I have been through much of this crap for the last decade.

Typically an epidural injection is for lower back issues, not cervical. Typically issues that are in your neck, that do not have you screaming in pain, are in the facet joints.

Typically that(in the facet joint) is where you would get the fluoroscopic guided cortico-steroid injection. And again either it works...or not.

If it does not work then an ablation will temporarily kill that nerve, but it will grow back over time.

An ablation is like a guided injection, except that they use a fucking screwdriver instead of a needle. (not really but that is about what it feels like)

I recently had my neck fused by someone I believe is at the cutting edge in his field.
According to him, neck pain that radiates down the arm is kinda the cut off point, for where injections end and surgery starts.

If a nerve stays compromised too long, it may remain jacked up forever, even after original issue is corrected.

That is why I am saying do not stress, but absolutely get another opinion. You don't get too many chances to get it right.

Be absolutely positive that your Doctors diagnosis and treatment plan is correct, before doing anything at all.

Thank you. I'll contact him today with a few more questions.

When are you getting an epidural in your dick ?

When the time comes.

Had that done 5 years ago, then again a year later on the other side of neck.

Been fine ever since.

Doesn't work for everyone but I have 3 training partners who had it done and they're all fine now.

Eating fatgirl pussy will do that!

Well I'm just gonna do it. Got the appt for this Thursday and I'm excited.

Eating fatgirl pussy will do that!

So I'm gonna need another one then?

Kirik -  What is wrong with a shirt showing someone destroying the KKK, Hitler, and Bin Ladin?

Granted I would not wear it in the Arab world

Its a bit over the top, nothing wrong with it but i wouldnt wear it. 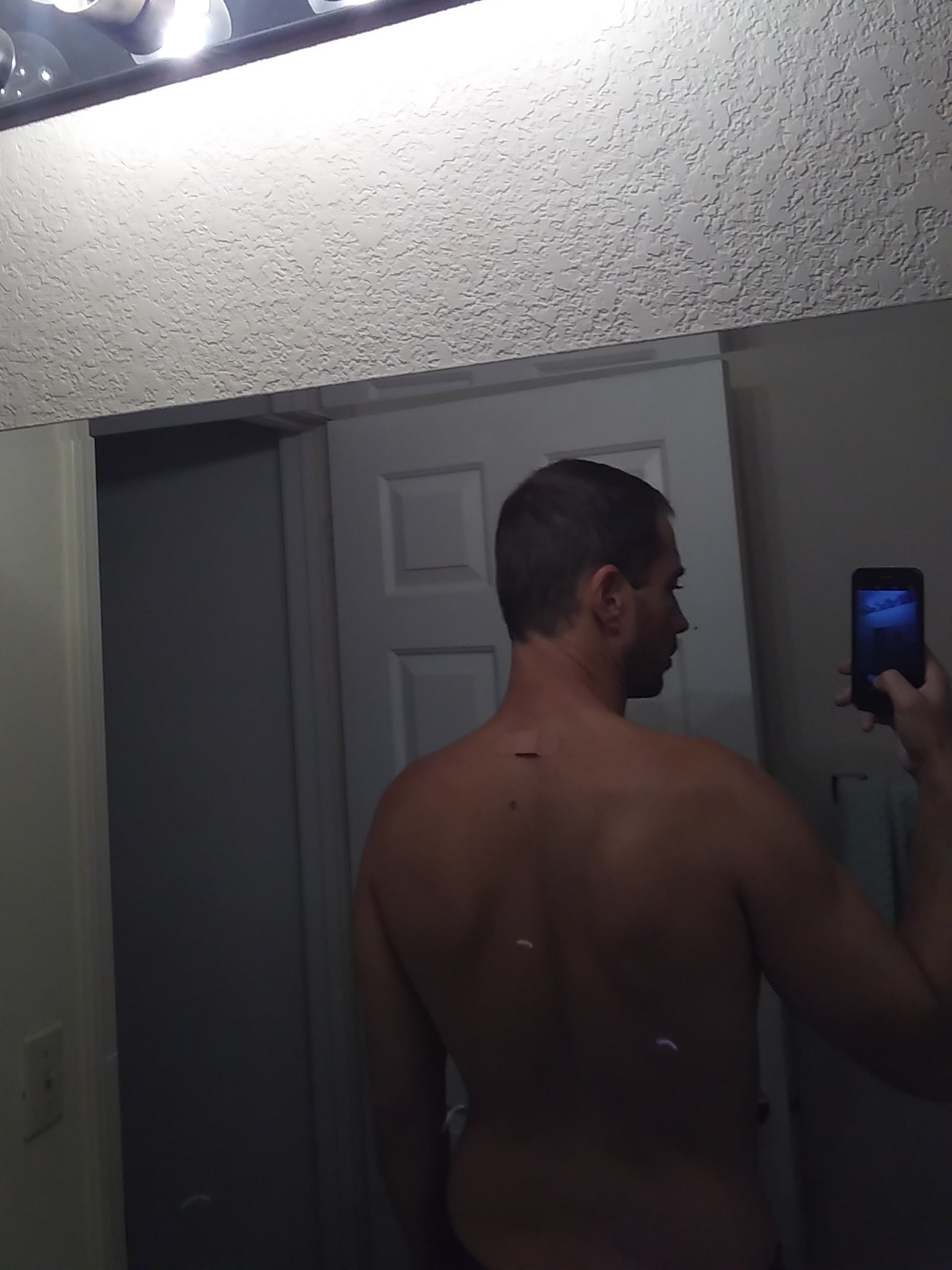 thanks camicom. they put it in where the bandaid is. shit was fairly unpleasant, but not unbearable by any means. glad I didn't see the size of the needle though.

I guess all that flopping catches up.