Getting better at chess

This is correct. Black doesn’t have to take on g6 but white’s attack is decisive.

I think you guys missed the most important part of the game.

on the 18th move, black played e4 (Bf8 was fine with a small edge). White uncorked Rxe4!!. My question to you guys: why doesn’t black take back the rook?

Hah I know the answer to that because the game review I saw showed what would happen and the ensuing forced King march. That’s an example of why I’ll not even get to just normal master level because I can’t even conceive how both GMs saw that line.

And the GM playing black clearly missed it, as he landed into a lost game from a superior position

At least he saw it after Rxe4 was played and avoided doing the obvious of taking back the rook. Just his bad luck to be playing opposite a superior GM who was able to calculate more steps in advance to set up that trap in the middle game.

Oh speaking of pattern recognition. I saw on another YT vid where the narrator talked briefly about a study in 1973 where they tested a beginner chess player, an advanced player, and a master.

They set up a board with the pieces on there like it might appear in a middle game where you have missing pieces and many of the pieces are no longer in their starting positions. They showed the board to the 3 test subjects for 5 seconds and had them try to replicate the positions on their own empty boards. From just the first peek, the master was able to replicate 16 pieces, the advanced player replicated 8, and the beginner replicated 4. Then they gave them all as many 5 second peeks at the target board as needed to get their boards to match the target board. Master only needed 4 peeks, advanced needed 7 peeks and beginner needed more.

Then they showed the three a board where the pieces are randomly placed, where some pieces could be in positions that would be impossible in a game. The master didn’t do any better than the other two in replicating that. They figured it was because his brain could no longer rely on patterns that it subconsciously stored after the many games that he had played because there was no logical pattern.

I saw a vid of IM Eric Rosen answering how he remembers positions when he plays blindfolded and he says he doesn’t remember individual positions so much as different clusters on the board, and that from logical patterns of how a game unfolds he would know where the pieces were in a particular cluster.

I thought that was kind of cool how those two vids verified each other.

Oddly enough, someone shared this video with me. It’s quite interesting! 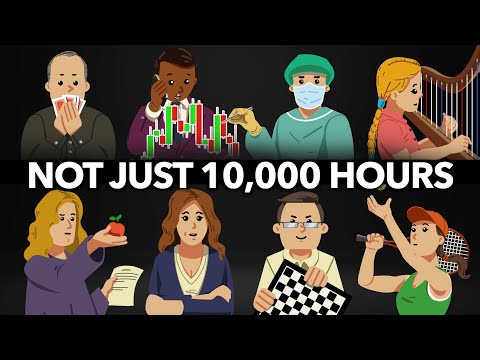 I just wanna report that–even though I still suck–I finally got over 800 on blitz. Man that felt good!

I’d like to thank all my excellent OG chess studs for helping me achieve this extremely amazing achievement!!! @mataleo1 @Doomsday @RocG @Pencil_Neck and more!!!

Nice. 400+ point in a few months. Your obviously improving.