Getting better at chess

I did a puzzle rush, and it doesn’t tell you the solution. That kind of sucks.

On lichess you can do all the puzzles you want. They have fun modes like Puzzle Storm and Puzzle Streak.

Get a free account on Chesstempo. You can do lots of puzzles and various tactical motifs for free.

Also, there are a lot of good apps. Elementary chess tactics 1 and 2 from Chess king is very helpful

Thanks, guys! I will look into it. I’m getting drunk today and relaxing. I have a lot of leftovers to eat. Should be awesome. Just fucking off. All day! I have like 25 beers left.

My fundamentals put me in a good position here. I missed a great tactic. This is really fun. My awareness is improving.

He had mate in 1 and he missed it. Damn. Chess is for smart people. I am really dumb.

I don’t know how to counter this. Even more important, how do you recognize this attack? I don’t think I will see this in 100 puzzles. Maybe even a 1000. I’m getting a lot of criticism, but not many solutions as a new student of this game. I am a competitor. This is frustrating.

Tactics. It’s good that you’re following a system but it seems like you’re being so rigid to it that it’s costing you. You’re talking about sticking to strategy from your YouTube guy but earlier in the thread you got mate in oned by a Queen/Rook battery which is as obvious as it gets. It’s like a beginning boxer worried about where his front foot is in relation to his opponent but meanwhile ignoring the opponent throwing a haymaker and getting knocked out. You need to learn the true basics first I.e how to spot opponents threats as well as being able to capitalize.

I’m not amazing by any stretch but I’m mid 1500 on chess.com for daily chess, and over 1000 for everything else. I just started playing serious about 3-4 years ago as an adult and I ran into some of the same issues. When I first started, I was dogmatically following YouTubers and reading strategy books and at my first tournament I hung my Queen, rendering it all useless.

It was a wake up call, and I’ve improved a lot since than, mostly from doing large amounts of “easy problems.” Just get those basic patterns burned into your head so you capitalize on every mistake and it will improve your defense at the same time. There’s tons of free mate in one apps. Download one or two of them and solve the sets a few times would be my recommendation and do it daily as much as you can.

Just trying to help out since I wasted a lot of my first year or so worried too much about strategy and missing what was actually going on.

For your immediate question, before any move always scan the board for possible tactics from your opponent. Are you leaving any pieces unprotected? Can he do something? Some fork or pin? How safe is your king?

Hang in there, improvement takes time.

GM Aman is covering forks and skewers and undiscovered attacks at the 800+ level. I’ve started to try using them a little bit. I will supplement my fundamentals with some training in that area. Thanks to my fundamental training, my King is usually castled with an escape route. It makes it difficult, but not impossible to swoop in with a checkmate. I blocked an attempt earlier today that likely would have beaten me a few days ago. By the end of the game I was up 20 points.

Started adding some of these things. Here’s my next ten games.

I’ve drawn at least two games in the last couple days because I couldn’t mate with a rook.
Here’s a video I found about it. I was able to corner my opponent, but not finish. Hopefully next time I can seal the deal with this advice. 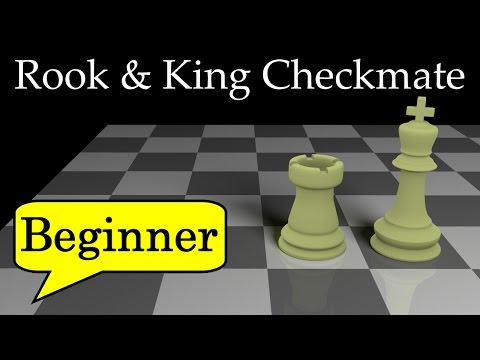 Got bored and tried a thing. I did terribly, but it confused my opponent and they did worse. Checkmate!

Missed a checkmate with just a Queen. I guess the strategy is similar to rook and king.

I keep putting opponents in bad spots and missing the mate in 2 moves or so to mate situations, but it’s good that I’m outplaying them in the opening and middle game.

You play lots of games. Why dont you try to concentrate more on tactics and limit your games.

It’s easy to start a game. Not sure how to drill tactics. I do the puzzles on chess.com, but there aren’t that many. I would love to practice some attacks I was watching Hikaru show Pokimane from the London system. I need to watch the set up too, though. LOL

Lichess gives you unlimited puzzles, and their puzzles tend to get progressively harder as you solve more and more of them.