In a video that was dropped on YouTube today, former The Mandalorian star Gina Carano announced she’s boarding the Robert Davi-directed My Son Hunter which follows the U.S. President’s son and his scandalous business dealings and lifestyle. The pic chronicles President Biden’s youngest son, and his party lifestyle as he acquired tens of millions of dollars from foreign entities owned by Chinese, Ukrainian and Russian oligarchs.

“She is a world-weary secret service agent present at most of the Biden family’s dodgy dealings. She provides a voice of truth and Sardonic comedy over the absurd dealings of the Biden family and various Chinese, Russian, and Ukrainian oligarchs,” said the pic’s producer Phelim McAleer. “She is present throughout the film – commenting and sometimes narrating the absurd life and party lifestyle of Hunter Biden and the dodgy dealings of his father.”

“The story, the cast, the crew, the people, this is what makes art great and this is what we’re doing,” said the actress.

“I feel excited to be working with incredible actors, a visionary director and some new found friends as producers,” Carano continued. “The script was instantly intriguing and side achingly hilarious to me, especially after being newly exposed to the political realm in 2020. Robert Davi is someone who reached out to me as soon as I was ‘cancelled’ in Feb. 2021. I signed on in support of him and one of my favorite humans Laurence Fox. They both have always been actors I adore watching and now they both have become my friends and mentors. The icing on the cake was getting to meet John James, a wildly funny charismatic and lovable human. It is such a pleasure to be on the forefront of groundbreaking story telling.”

“When we think of the modern female,” said Davi, “we look to women that are intelligent, feminine, strong, nurturing and vulnerable and have a sense of humor. I have been blessed by knowing women who have served our nation … I wanted an actress who the audience would believe is capable of protecting such an iconic figure as Joe Biden.”

Disney decided that Carano wasn’t returning to future seasons of The Mandalorian earlier this year following her controversial social media posts, specifically on TikTok where she compared the political divide in the U.S. to that of Nazi Germany. She landed a role in Terror on the Prairie following the divorce with Disney, a pic she’s also producing with The Daily Wire . Her agency UTA, as Deadline first reported, also dropped the actress.

Los Angeles based Irish film makers and journalist couple Phelim McAleer and Ann McElhinney ( Gosnell , FrackNation ) are the producers on My Son Hunter .

Davi’s acting credits include License to Kill, The Goonies, Die Hard, and he’s directed and produced the movies The Dukes and Magic. He also performed and has the EP “New York City Christmas”. 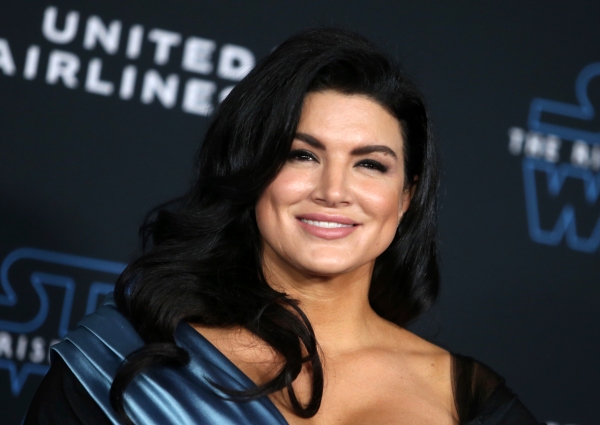 In a video that was dropped on YouTube today, former The Mandalorian star Gina Carano announced she’s boarding the Robert Davi-directed My Son Hunter which follows the U.S. President’s …

Um. Strange role to take. Given her political positions.

It’s a movie slamming the Bidens.

Who watches these kinds of movies? Lol

This thing will be a piece of crap.

I will watch that.

Of course you would

All it will do is piss you off my friend. Don’t waste your time.

Did you vote for Biden KJ?

Oh. I didn’t realize it was an anti-Biden movie named My Son Hunter

Hopefully this does well enough to send Hollywood fags into a frenzy.

What a strange question? Why do you ask that? Do you think I voted for biden?

“She is a world-weary secret service agent present at most of the Biden family’s dodgy dealings. She provides a voice of truth and Sardonic comedy over the absurd dealings of the Biden family and various Chinese, Russian, and Ukrainian oligarchs

With her acting range this should be a slam dunk.

You did didn’t you. See, this is all your fault.

Jed you stop. Just because I think this movie will be trash doesn’t mean anything besides for what I said.

Yeah… I mean, this director probably doesn’t even rape kids.

You know, I wondered why you never talk to me anymore. I was worried about you.

Is this why I never hear from ya?