Gina Carano Reveals Details About First Project Since ‘The Mandalorian’; Actress Will Star In Revenge Thriller Scripted By ‘The Hitcher’ Writer Eric Red

EXCLUSIVE : Gina Carano will have her revenge. In her first project since The Mandalorian , we can reveal that the actress is set to star as a traumatized woman who hires a long-hauler to track down an infamous serial killer.

The Hitcher and Near Dark scribe Eric Red has written the script for the untitled action-thriller, which is based on his novel White Knuckle . The story follows a strong-willed woman who survives an attempt by serial killer-trucker “White Knuckle.” Haunted by her encounter and the cops’ inability to catch her tormentor, she partners with a trucker to end the killer’s reign of terror.

Carano is producing and will star in the movie, which is said to be in the vein of Duel , Breakdown and True Grit . Filming will take place in Tennessee, Utah and Montana beginning in October.

This is the project former MMA star Carano has been developing with conservative media company The Daily Wire, which has been ramping up its film ambitions. The team is in negotiations with a director and is aiming for a Q1 2022 release. David Guglielmo ( The Pale Door ) is casting.

The Daily Wire told us it will release the movie exclusively in the U.S. to its members, while also making the movie available worldwide.

Carano told us: “I’m completely ignited to be creating this thriller with The Daily Wire and Bonfire Legend. I feel I am exactly where I want and need to be at this moment in my life; it feels as if I have wings.”

The movie will be Carano’s first since a series of controversial social media posts saw her turfed from Disney’s hit series The Mandalorian and dropped by UTA earlier this year. As we revealed, the Deadpool and Fast 6 actress soon teamed up with Ben Shapiro’s The Daily Wire.The project is one of a slate of film and TV projects in development for the media company, which is also getting into distribution.

Red’s cult 1986 thriller Hitcher , starring Rutger Hauer, C. Thomas Howell and Jennifer Jason Leigh, followed a young man who escapes the clutches of a murderous hitchhiker but is subsequently stalked by the hitcher and framed for his crimes. He most recently wrote and directed 2008 action-thriller 100 Feet with Famke Janssen and Bobby Cannavale. 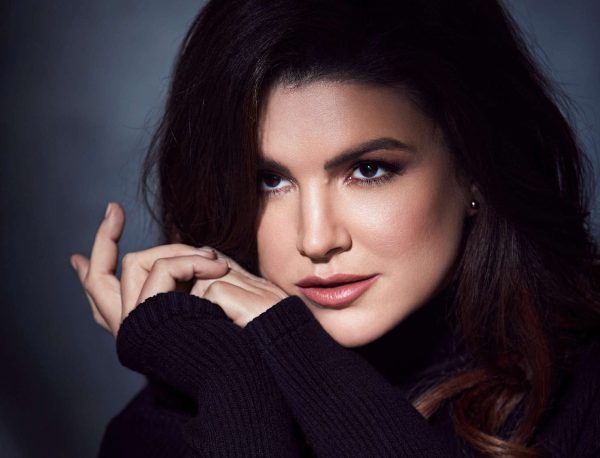 Gina Carano Reveals Details About First Project Since ‘The Mandalorian’;...

EXCLUSIVE: Gina Carano will have her revenge. In her first project since The Mandalorian, we can reveal that the actress is set to star as a traumatized woman who hires a long-hauler to track down …

Love it. Hollywood is dying

Is she playing the truck?

Love it. Hollywood is dying

I think Gina is hot af but this is really funny.

She sucks at acting though

Video games are a far superior form of entertainment. YouTube clips are better too. The movie industry is going to have to be creative to compete. Remaking old movies shittier just with less white ppl isn’t going to cut it

Eh missed opportunity. They could have done a spy thriller on the CCP infiltrating the highest places of government

I really would hate to be a writer in modern Hollywood. Not only are ideas out of gas but the ultra woke narrative they must follow must be miserable to deal with