Glover Teixeira in One Punch

Been a bit slap dash with my posting lately, there's lots going on in my life right now! With UFC 172 coming up, I thought it was the best time to look at Glover Teixeira and his habits!

Hope you don't mind clicking the link and as always all feedback is welcomed! 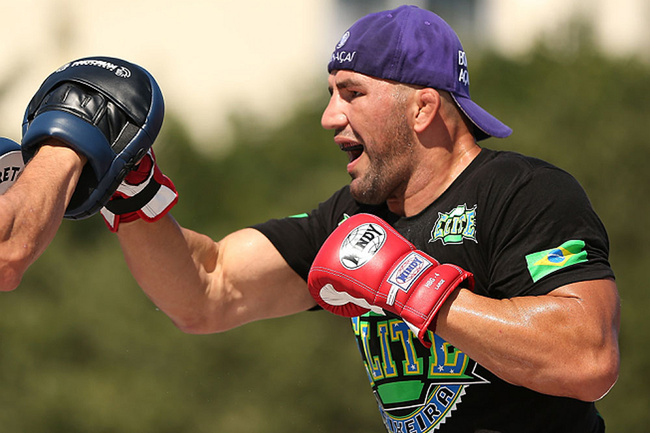 Glover Teixeira is one of those fighters who puts an analyst or pundit in a very awkward position. On the one hand, he's looked nothing short of brilliant in most of his fights, and the stories one hears about him from fellow fighters who have trained with him are impressive. On the other hand, he hasn't really beaten any truly elite light heavyweights, spare a knockout over the chinny Ryan Bader, a performance in which Teixeira looked anything but untouchable.

When analysing a fighter, one must look at how he responded to the various challenges placed in front of him. With someone like Jon Jones, Urijah Faber, Anderson Silva or Georges St. Pierre that's pretty easy, because they have fought so many different upper echelon fighters with so many different skill sets. Guys like Glover Teixeira are somewhat of an unknown.

Now here's the problem: in MMA that means almost nothing. Chris Weidman had one decently ranked win on his record when he fought and handily beat Anderson Silva, and Alexander Gustafsson's biggest name victory was a fairly unimpressive win over a sluggish Mauricio Rua when he fought Jon Jones. But both of those fighters absolutely rose to the occasion. We had no way of knowing that they could do that, and the exact same thing could happen with Glover Teixeira.

But shrugging my shoulders and saying “anything can happen”—while true—is not really doing my job. So let us look at the trends which we can identify in Glover Teixeira, then you can come to your own conclusions about his chances of dethroning the light heavyweight king.

The real question which comes to mind when talking about Glover Teixeira's game is whether being almost entirely reliant on one strategy—even if it works all the time—is being specialized, or being limited.

Teixeira is a highly respected grappler—any MMA fighter who can do respectably against Cyborg Abreu (without flat out running away from him) is more than a decent grappler. But aside from his crushing mount and a good single leg takedown, most of what Teixeira has shown in his MMA career has been on the feet.

To cut straight to the chase, the single strategy which Teixeira utilizes non-stop in the cage is the cross counter. This is something I have talked about a lot in the past, and I (and many, more respected writers on boxing) believe to be the most powerful counter punch of the lot if done right. In terms of one punch knockouts, you would be hard pressed to find a more reliable technique.

The cross counter is the act of throwing a right hand—looping or straight—over the top of an opponent's jab, while slipping to the inside of it. The term “cross” has come to mean a right straight in modern boxing terminology, because it comes across the shoulders, but the cross counter was originally named because it comes across the top of the opponent's jab. 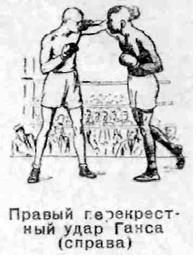 The cross counter is a old technique. It pre-dated the common use of the left hook and was a go-to counter to the jab for a long time. John L. Sullivan and Joe Gans, both boxers from the very beginning of the gloved days, made a tremendous name for themselves utilizing this method.

So why does it work? Well, to return to an idea from earlier in the week, what you get hit with doesn't tend to matter as much as when you get hit with it. If you get hit in the body while breathing in, it's going to hurt much more than if you were breathing out and tensing your abdomen. If you get jabbed in the face while closing your eyes and swinging, it's going to mess with your balance and equilibrium a lot more than if you were on guard and looking at the punch—just ask Edson Barboza.

The punch that launched a thousand forum threads.

The cross counter works because it is a direct counter: simultaneous to an opponent's attack. He has no time to ready himself, as the swing is hidden behind his lead shoulder and arm while he is focused on jabbing.

Nigel Benn wasn't defensively great, but he was a master of the cross counter. Here he is dropping the iron jawed Chris Eubank.

And another of Benn's many cross counters.

So how does this link in to Glover Teixeira? Well, frankly, the cross counter is Glover Teixeira. Aside from an occasional high kick or low kick, Teixeira almost never throws anything else. Almost every attack from Teixeira is swinging that right hand every time he sees his opponent twitch.

Appreciated and VU as always.

Thanks Jack.. Always appreciate these

not that it matters.... just saying

I think you are right about Glover having faced little competition, and I actually think you undmierplayed this by suggesting Weidman and Gus were in the same boat.

Weidman had two top 10 wins in a row going in (Maia and Munoz) and Shogun is a much bigger win than Bader. I would argue Thiago Silva is a bigger win than Bader too. Silva has beaten up every other opponent he has faced in the Octagon except Machida (yes, including Rashad).

Point is, Weidman and Gus were the best or at least second best challengers going into their fights. Glover is behind Gus, Cormier, Rashad, Phil Davis based on his record.

in for later, thanks jack

This is awesome. The worry is of course than Jones starts to throw high kick and oblique kicks from the other-side of the octagon.

I think when a lot of guys get in there with Jon they just can't get it going. He's so fucking tricky.

I like your early point on Glover being relatively unknown or untested against elite guy. It's hard to say how Glover will do against jones without having someone to judge it from. Remember Jones was untested against top guys when given a replacement spot against shogun for the title and we've all seen what's happened since. Untested clearly doesn't mean unable.