GM offers $6,000 rebate to promise not to sue them over fires on the Chevy Bolt

This reassuring on the switch to EVs. 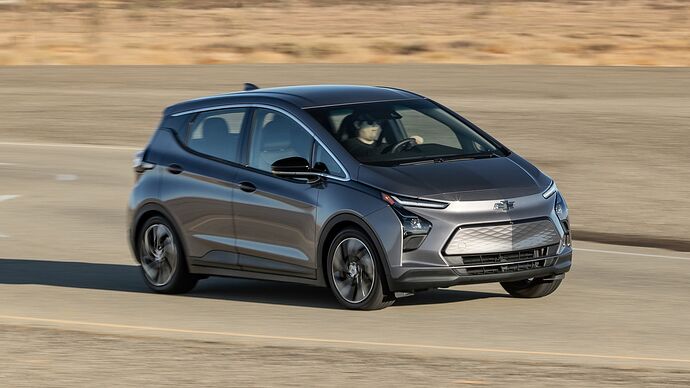 This fire sale offer comes with a tough choice, though.

This happened to me when I was younger. I had a 1999 chevrolet cavalier that caught on fire and essentially blew up. I was driving it and heard a knock from the engine form, I wasn’t sure but then the car died in the middle of the road with a big puff of smoke. I start to call my dad on the brick cell phone, to come pick me up, when this lady who had been watching is yelling for me to get out of my car because it’s on fire. I thought she was a nut so I ignored her. Got off the phone with dad and she’s still yelling. I get out of the car and sure enough there is about a 2 -3 foot flame under my car.

Called fire dept but by the time they got there the whole car was on fire. Inspector initially took a look at the car and said it was caused by faulty wiring(my faulty wiring as I had replaced the speakers). It was bullshit and got an expert to say so. This was a lease and I was over my mileage and probably would have owed a decent amount if I had to return it.

Two months go by and Chevy calls me. Says they’re going to take care of the cost of my car. Me being an 18 year old retard not knowing anything and facing a large bill, said “Sure”. Pretty sure I had to sign something. It’s been over 20 years so that part isn’t clear. Anyways, another couple months go by and I see a report on 1999 chevrolet cavaliers for fires starting under the drivers side of the vehicle.

More then likely cheaper then having a mass recall. Here take this 6k and hope you dont die after your car explodes.

Remember folks, GM and Ford are at the forefront of EVs in America for the future. Feel confident in that?