GOAT journalist Andrew Schulz: Tyson Fury is the greatest heavyweight of all time 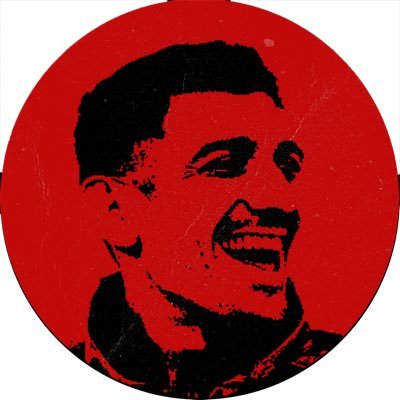 @andrewschulz
Hot take by the greatest combat sports journalist of all time… twitter.com/dexerto/status…

Andrew Schulz makes the claim Tyson Fury is the greatest heavyweight boxer of all time https://t.co/TgjpABjJVj
1 Like
The_Lion_King October 13, 2021, 9:55pm #2

Gotta agree with him. Only 20th century heavyweights who would even stand a chance in the modern era are Holyfield, Lewis, and Bowe.

I would favor Canelo over most heavyweights before the 80s 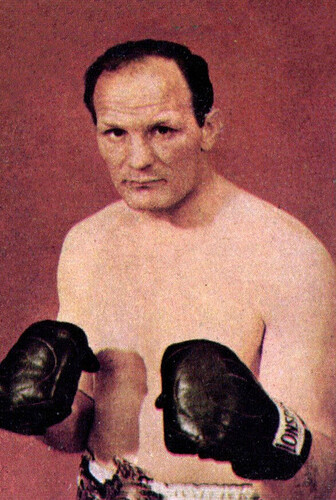 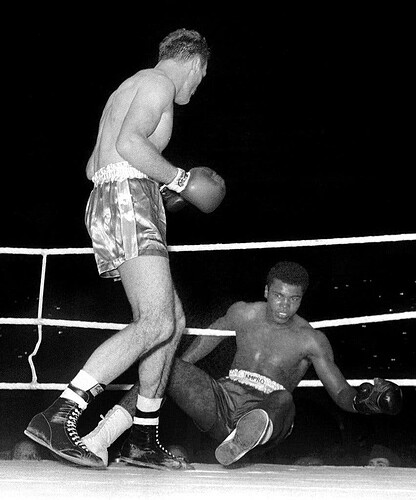 But let’s see him fight the rest of the names of his own era before we call him the goat of his era.

Still want to see him vs AJ, Usyk, Povetkin and white.

The more fights he has against name fighters the more chance of him getting caught. Again.

I’d favor him to win all of those matchups. But it’s too soon to say goat.

Frankly I’m annoyed of GOAT talk in sports period. It’s talked about so fucking often. Especially in the UFC. Everyone with a couple title defenses is the goat according to Rogan, Anek and DC.

Cooper wasn’t a nobody. He was a contender in the 60s and took Ali to the limit twice. Both fights were stopped on cuts when Cooper was winning. First fight Ali got knocked out and his corner cheated to revive him which lead to a permanent boxing rule change

So your logic then is Ali got dropped by a great fighter so he’s better than fury that got dropped twice by nobodies?

Meanwhile, Ali is always mentioned in these discussions.

And those people in the future will probably be right because athletes evolve over time.

And yeah, Ali is the most famous athlete of all time. No doubt about that.

Guys are bigger and benefit from modern sports science. But the overall skill level has declined.

Tyson Fury is very skilled, and would be considered skilled in any era. But he wouldn’t necessarily be considered the most skilled HW in other eras. He stands out in this era because the #2 guy is a full level below him in terms of boxing technique.

Wilder would destroy any 20th century heavyweights with ease.

I understand noobs look at Ali with hype goggles on because y’all have been brainwashed which is why I posted Henry Cooper who you can watch without hype goggles.

Fury is a nightmare matchup for anyone and is quite unique. Definitely in the discussion but he would certainly lose a few here and there to others in the top ten. His ‘war’ and resilience is pretty common amongst all the GOATs except for maybe Mike Tyson who was more of a frontrunner.

If anything boxing has become slightly easier with less rounds and more protection from refs to prevent brain injuries.

Canelo, Pacquiao, and Mayweathrr are factually more skilled than any old school fighters.

Fury would easily crush anyone from the 1900s. His only challenge would be Lewis

I agree with everything you said except that fury would lose a few here and there [quote=“shawarma, post:13, topic:3693011, full:true”]
Fury is a nightmare matchup for anyone and is quite unique. Definitely in the discussion but he would certainly lose a few here and there to others in the top ten. His ‘war’ and resilience is pretty common amongst all the GOATs except for maybe Mike Tyson who was more of a frontrunner.

If anything boxing has become slightly easier with less rounds and more protection from refs to prevent brain injuries.
[/quote]

I’m a big fan too. Easily my favorite modern boxer, and one of my favorites all time.
That fight the other night is one of the better fights I have seen in a long time – and IMO deserves recognition as being historically great.

But Ali is still the GOAT in my book.
He went to war multiple times and proved to be the best in a more stacked era of HWs.
And it’s not just what Ali did… it’s the way he did it.

I tend to think he could, but it would certainly not be easy.
Ali is not as big and powerful as Wilder, but he is twice the boxer and probably three times smarter.

I will say, that at 6’9 and 270ish… Fury’s combination of size and skill presents big problems for pretty much anyone ever.

But if we could get a time machine and put all the greats against eachother at their peak – I don’t think any of them go undefeated – Fury included.

Unfortunately for Fury,he is the king of a very top heavy era.
In some ways that makes me like him more, because he is a bit of a throwback, and a breath of fresh air.
But it does hurt him a little on the GOAT list.

It is what it is, and everything is relative.

Based on accomplishments I would say

Based on who would win a prime vs prime tournament

By Klitschko I meant wladimir btw.

Vitali is the most overrated fighter ever besides mike Tyson

Wilder would destroy any 20th century heavyweights with ease.

Wilder has an obvious history of leaving himself wide open. He has big holes in his game. He was probably the best he’s ever been the other night, and that was more on toughness and determination than anything.

I actually gained respect for Wilder because of that fight.

But saying Ali is a level below him skill-wise, is blatantly absurd.