Google's Satellites Will See Our Faces From Space 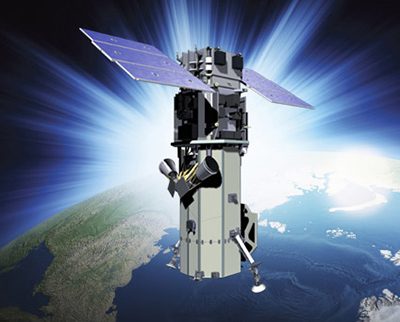 Google's Satellites Could Soon See Your Face from Space

Google will soon have an unprecedented ability to spy on you from space. Theoretically, at least. How?

Two months ago, after much lobbying by the biggest satellite company in North America, DigitalGlobe, the US government relaxed restrictions to allow for commercially available satellite imagery up to 25 cm resolution—twice as detailed as the previous limit of 50 cm.

Now, the first commercial satellite set to capture these high-res images, DigitalGlobe's Worldview-3, will launch this Wednesday. Six months after that, private businesses willing to fork over the money will be able to get their hands on hyper-detailed photos and videos of the globe.

That, of course, includes Google.

Google—along with Microsoft, NASA, and numerous US federal agencies such as National Geospatial-Intelligence Agency, which played a pivotal role in the seizure of Osama Bin Laden—is a regular DigitalGlobe customer. It signed a multiyear imagery contract with the colossus satellite company in February to use satellite imagery for apps like Google Earth, Maps, and Street View.

The extra sharp images from Worldview-3 will greatly increase the maps' level of detail to the point where it can make out 10-inch objects, which means Google will soon be able to see “manholes and mailboxes” from its hired eyes in the sky.

So, when you get that panicked feeling mid-flight that you forgot to turn off your coffee maker before leaving on vacation, Google will have resolution adequate enough for you to see a recent image of your slowly singeing house. You could also hypothetically pull up Google Maps and see a real-time image of your actual plane, rather than a blue dot, soar further and further away from your fiery abode.

The satellite behemoth is now making a push to relax the rules even further, down to 10 cm resolution, about the height of an iPhone 4.

WorldView-3, the world’s first multi-payload, super-spectral, high-resolution commercial satellite for earth observations and advanced geospatial solutions, will launch into orbit on Aug. 13 aboard an Atlas rocket. Operating at an expected altitude of 617 km, WorldView-3 will have an average revisit time of less than one day and will be capable of collecting up to 680,000 square kilometers of imagery per day. Its data-rich imagery will discover new sources of minerals and fuels, manage forests and farms, and accelerate DigitalGlobe’s exploitation of Geospatial Big Data™ – a living digital inventory of the surface of the earth. Credit: Lockheed

Can they see me fap?

Can they see me fap?

The NSA is going to love this. Facial recognition + these high res sattelite images = you can't hide.

Hicks: Can you get a feature scan and pattern matching on him?
Van: No, he's smart, he never looks up.
Jones: Why does he have to look up?
Fiedler: The satellite is 155 miles above the Earth. It can only look straight down.
Jones: That's a bit limited, isn't it?
Van: [Sarcastically] Well, maybe you should design a better one.
Jones: Maybe I will idiot.

I guess we OGers will no longer be able to hide our 12-plus inch cocks.

Not that I ever tried to, anyway.