Got caught Peepin in Windowns, detained by Hubby

When I was in high school, I ran with other guys pretty regularly- Paul, Andy, and Dave. Freshmen/Sophomore year, typical kids that age—we all thought we were pretty badass. But it was just “understood” that Dave was THE badass of the group.

He stays over my house one night, and we sneak out the window, and head over to Andys. Andy tells us his parents just went to bed, so he needs some time before he can sneak out for us to go “Nigger Knocking” (that’s what we called it back then), throw water balloons at cars, and Peek in Windows, which had become our new favorite thing.

So, me and Dave go down a few houses to Peek, waiting on Andy. He tells me he’ll peek first, and for me to hide in the yard across the street, and alert him if anyone comes along. Easy assignments.

So I park my ass behind the mailbox in the yard across the street, as it is shrouded in big, lush bushes. I am string at the house, and Dave goes to the right side, and is peeking in the window. After about 5 minutes, he gives me a “THUMBS UP”, WHICH MEANS SOMEONE is, IN FACT, HAVING SEX. How fucking lucky for us!!!!!!!!

*** Here’s what we DIDN’T KNOW: apparently, the chick SAW Dave’s horny little pimply face at her window whilst getting dicked down by her man. She played it cool and, rather than reacting, calmly whispered to her man what she saw.
The husband plays it cool, and casually dismounts his sexual partner, and strolls out of the room. ( we learned all this later, obviously. And I am oblivious to all of this from my vantage point. I can only see Dave across the street, staring into the Window of Sex, as I sit by the mailbox, rubbing my throbbing dick, prsying for my chance to swap out with him and see for myself.

Well- all of a sudden, the front door opens, and a big, BIG fucking redneck MAN comes briskly walking out of the house. He’s walking straight towards the side if his house—the side DAVE is on.

I froze. What should I do? If I don’t so ANYTHING, he might see/catch Dave! If I DO yell out something, it might alert him to Dave;s position, and maybe he doesn’t know he’s over there. The pressure was on. I had a split second to decide my buddies fate.

I did nothing.
The guy rounds the corner of his house, right towards Dave, who was focusing on the window, not on his peripheral. When the guy git about 3 away, Dave heard him, and bolted for it. The dude SNATCHED him up by the collar with one hand and slammed him against the chain link fence.

I remember thinking to myself: “Surely, Dave is gonna FUCK THIS DUDE UP!!”
The guy keeps ragdolling him against the fence, yelling at him “you were watching me fuck my wife, you little fucking pervert.”

Dave finally does something. He sobs. And Sobs. He’s sobbing/pleading to this guy: “Sir, NOOOOO, I swear. I didn’t do anything. Didn’t Doooooo anyythiiing. PLLLEASE let me go, SIR!!!:

This put th fer of God into me, for Dave had never apologized to anyone, or called anyone sir. EVER.

The guys dragged him into the house and slammed the door and locked it.

The only thing I could think of was to get someone involved. ADULTS! Yes, they could fix this.

My reply: “ Look, Steve, I know its late, and I’m really sorry. But Dave’s been kidnapped, and might b getting raped or murdered!” That got their attention real quick, lol.

The mom called 911, then the 3 of us walked down there. In my had, I’m picturuing a BADASS rescue situation like Red Dawn or fucking Rambo. We knock on the door, and the big fucking redneck answers. I’m like “thts him…the kidnapper and murderer.” They all shook their heads, like parents do, and asked for clarification. It took all of about 94 seconds to reveal we were Peepin Fucking Toms, and retarded ones at that.


Long story short- the cops arrived a minute or 2 later, we were questioned, the cops were total dickheads to s. They frisked us, and my stupid as FORGOT that I hand grenade-shaped water balloons in one pockt, brass knuckles in another and…heres the Dinner Winner, folks: I had an ACTUAL pair of shortened Nunchucks in my front pocket, and 3 shitty Chinese Stars in my back pockt. So what the fuck happened to your dip shit buddy that got snatched?

Awesome story of childhood stupidity. I had my fair share too OP, so no shame. I'm curious about the denouement of this story. Was your homeboy pissed at you? What happened when the cops realized they caught the shits terrorizing the neighborhood? How old were you when you discovered that the term "nigger knocking" was not cool? (Kids called it the same thing where I grew up.)

Randy, it's 3:16am right now wtf are you doing to us? I'm laughing out loud reading this shit. My wife woke up. VU!

lol. sorry yall. I was literally falling asleep at my desk while trying to finish writing that.

Dave actually got to see them having sex, graphically! thats why the guy was so pissed. Apparently, he was tearing that ass up. And the chick was pretty hot, too.

The cops were berating us and treating us like dog shit.
Andys dad kinda smoothed things over. We didnt go to jail, but the cops took me and Dave back to my house, and woke my parents up.

I felt like such a fucking retard for having Nunchucks, Knuckles, Chinese Stars, and Grenade shaped Water bolloons with me.

Still- we were legends at school for a few days once the story got around. (this was PRE internet/facebook/twitter/etc)

What happened when he took Dave inside?

g3cko - What happened when he took Dave inside?

Dave said he just held him down until the cops arrived.

Me and my buddies ued to go pool hopping in backyards in my neighborhood.  We went to this one house, and the owner of the house was a cousin to one of the guys that was with us.  I was the last guy to hop the fence and jump in.  As I am climbing up, I look up at a window and see a woman looking at us, I tell my buddies and hop back down, and we all start running for it.  We get a couple blocks away, and we hear a vehicle coming, so we dive behind a hedge that surrounded a house.  It was a firetruck.  Turns out, the guy who lived in the house, and the cousin of the guy we were with was a firefighter.  Haha he chased us around the neighborhood for like two hours.

We were little shits back then too, raiding peoples gardens at night, ding dong ditching, pool hopping, etc

There also used to be this type of fern growing right beside the only road into the neighborhood, that when you pulled them out of the ground, there would be a big old clump of dirt.  We used to hide in the bush and lob them like grenades at cars passing by, and then run up the mountain.

Seems to me that if you leave your window open while fucking, you want people to watch

I had some great times running from people with my friends in the middle of the night,

I think I may have grown up with you LOL. We did some similar shit.

My friend Steve was the biggest pervert of the group and has somewhat of a Peeping Tom problem.

We grew up in the boonies. For fun, we'd snoop around at night like burglers. Or perverts. We always carried nunchucks, batons and shit with us.

One night Steve's mom is out of town, so we are at his house drinking and getting baked before we got out and snoop around. We go to one neighbors about 3 doors down- living room is obscured from the road because of the foilage and bushes they had.

We peek around the bushes and the dude is standing up in the living room getting blown by his wife. This guy looked and acted like Ned Flanders from the Simpons- was a real churchy type. We thought he was also probably gay, but seeing his wife blow him made us re-think that.

Anyways, she stops blowing him and they run upstairs to their bedroom, presumeably to bang. We're like "oh well, let's go" and Steve is like "Fuck taht, I've got to see this" and proceeds to climb up the giant evergreen tree outside their bedroom window.

Now we're at the edge of the property watching Steve, and we can hear him mumbling about not being able to see shit when all of a sudden the outside lights come on and Ned Flanders comes out wearing boxer shorts with a baseball bat and a flashlight.

As soon as the light came on, we took off. We can see Ned shining the light up in the trees when Steve leaps out of the one he's in. It's a good 15-20 foot drop and he lands pretty hard. We ran back to his house, but he didn't come back for about 10 minutes because he had to take off in the other direction and run through a few yards to lose Ned.

He ended up fucking up his back and ankle and has to miss the end of the soccer season. 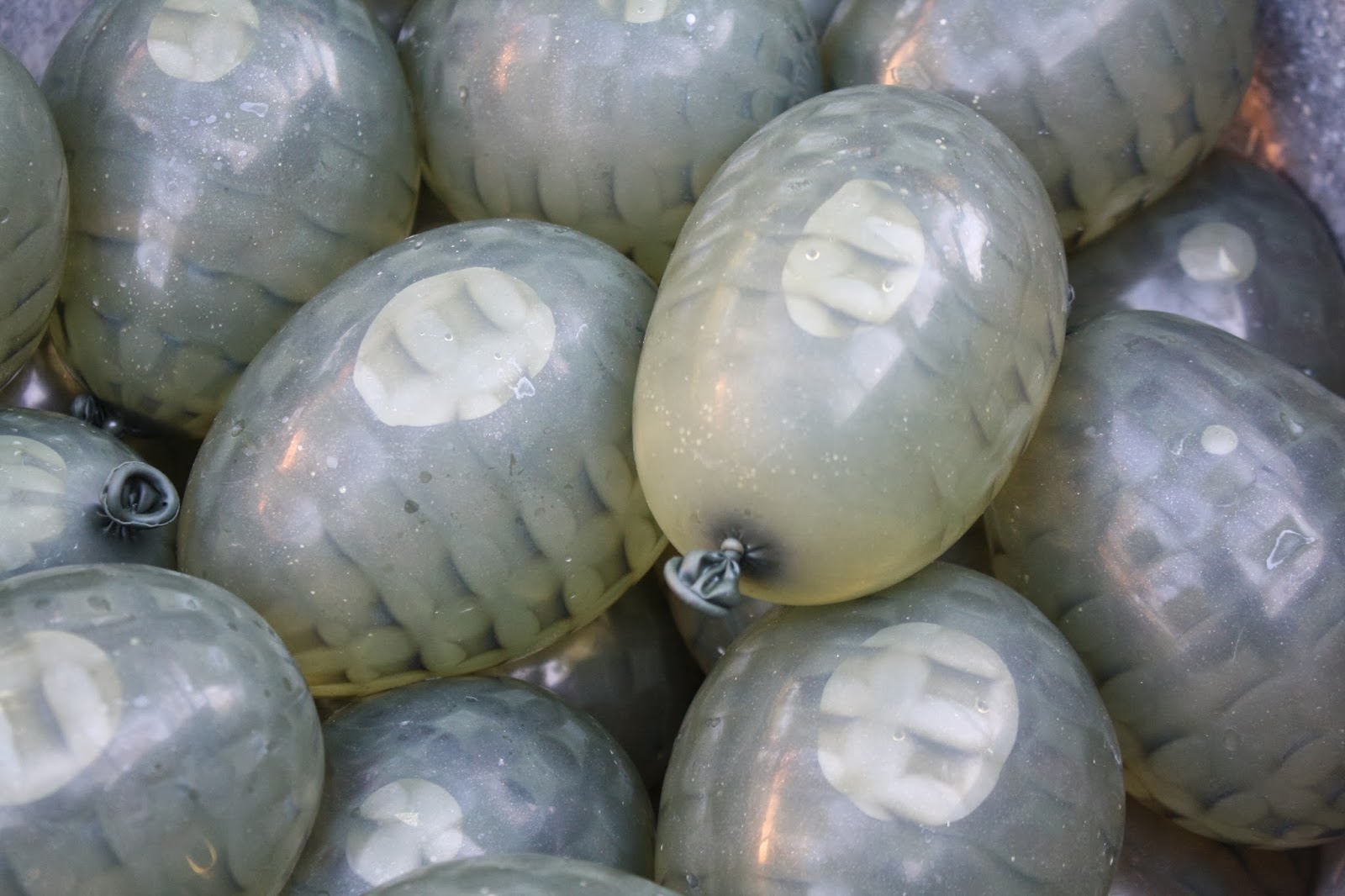