Who in your opinion is the greatest wrestler of all time.Who has the most olympic medals,most world championship etc.In both Greco and freestyle

John Smith in Freestyle and Karlein in Greco.

There are some other great old timers like Danny Hodge that should be considered also.

i second what bignightmare said

Im partial to John Smith but we cant forget about Sergei Beloglazov..He was a 6x world freestyle champ and 2x olympic gold medalist.

Ivar Johansson - Sweden - only man to ever win gold medals in two styles of wrestling at two different weights in the same Olympics - 1932.

Ivan Yarygin - Russia - 1972 Olympics - pinned every opponent that he faced

Wilfred Dietrich - Germany - he weighed 240 lbs. He executed the most famous throw in Olympic History when he bridged and threw 450 lb Chris Taylor of the USA.

Alexander Karelin - nuff said - Won four straight Olympics with three Gold Medals and one Silver. 16 years without a loss until i point defeat at the hands of Gardner.

I went to a Beloglazov seminar one day. He was a stud.
I also attended 3 camps where John coached.

I still think John had more impact on Wrestling than Sergei. Sergei had a classic Russian Wrestling stance and attack. He had great par terre and head locks but Johns low single revolutionized low leg attacks. His shot was simply unstoppable in 88.

Pat Smith was a bad ass college wrestler. Hey Q-Did you know that one of the things that screwed Okie State that year (that caused ineligibility and forfeit of all matches) was that Pat Smith had a girl named Patricia Smith take the SAT for him? 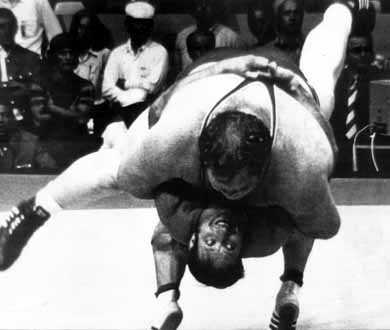 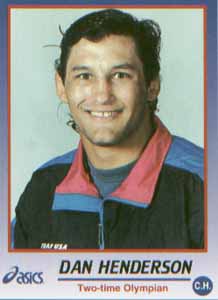 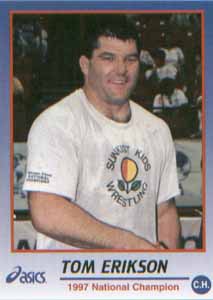 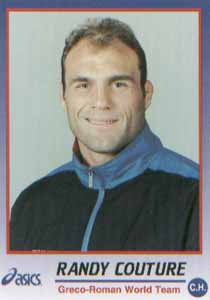 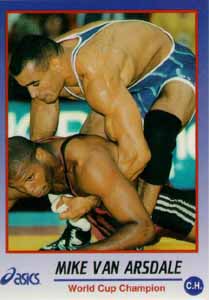 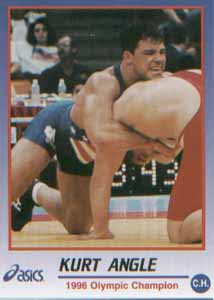 These guys are pretty good as well