My wife is 42, a former HS cheerleader, runner, gymnast, and all-around jock - and she plays as much as me now. She got hooked on Sega and SNES as a kid and it’s stuck.

I was just checking my Steam account to see how long I put into State of Decay 2 this last month, it said 300 hours. Subtract about 20-30 garbage hours from leaving it on all night, that’s still a ton. Easily half of it is hers, she plays when I’m at work and vice versa. And I still haven’t touched the three new Hitman games, PC God of War, and Resident Evil 8, she beat all those in the last year or so.

My two daughters (15 and 13) love Roblox, but more as a social thing than actual game playing.

Times have definitely changed. I know im just a bear but the number of kids, teens and young adult females who play video games(and watch anime) is definitely on the rise. Maybe like 80% of young females seem to play now based on my wanderings through the woods and miscellaneous cabins. Quite a difference from when we were all cubs ourselves when it was maybe 5%

I’ll believe that when I see some evidence. I’ve been hearing the “times have changed” mantra about literally everything male dominated for over 30 years, and it invariably turns out to be wishful thinking on the part of the feminist types.

From everything I’ve seen gaming continues to be heavily male dominated.

This looks really far from release. I won’t doubt Rockstars ability to make the game look great and with an improvement from 5

Supposedly it’s going to look very realistic. I’m sure it will be.

Yeah, another big one is The Sims. Women even have successful YouTube channels with them playing and narrating a story. Another one is Skyrim as well, fantasy shit women are getting into…

All the YouTube documentaries about this will be great!

So main character is transgender?

Here are all the leaks 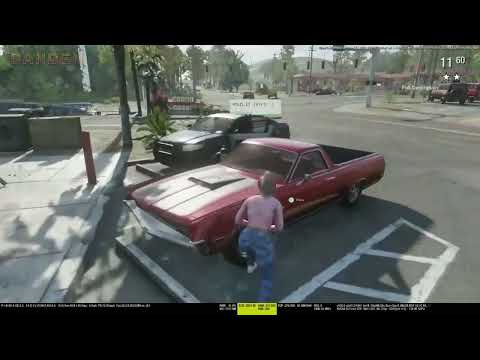 Yeah, another big one is The Sims. Women even have successful YouTube channels with them playing and narrating a story. Another one is Skyrim as well, fantasy shit women are getting into…

Good call on the sims. My human college sweethart was obsessed with it. Had one chick that was into sf2 and she was actually competent with chun li. She was the one that got away.

My wife still plays the sims and I just built a PC for her friend that also plays it too.

Beastiality is so hot.