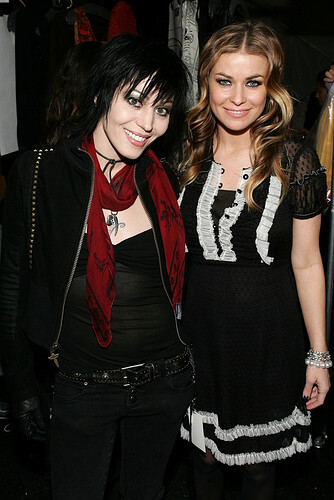 I would like to sign up for her rug munching seminar. She is a legend at that ya?

Lita said she believed Joan and the other Runaways were lesbos, as she said they never talked or cared about cock or men and we’re always talking about women. 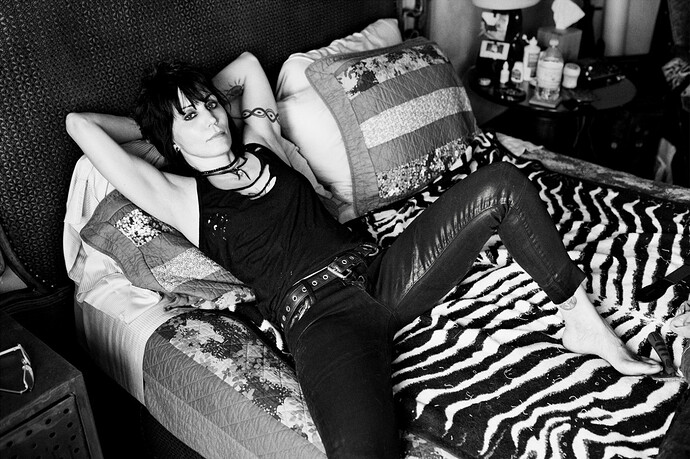 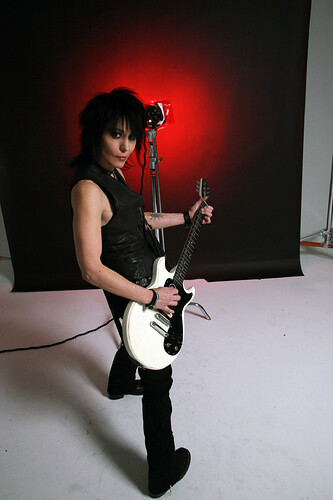 In a 2018 interview with the New York Times, when asked about how an LGBT film festival did not want to show her documentary because she was not “out”, Jett said: “They don’t want the movie there because I don’t declare? [Holding up her necklace] What the [expletive] is that? Two labryses, or axes, crossing each other, inside of two women’s symbols crossing each other. It’s not been off since I got it. And I wear this one every day. [She turns around, lifts her shirt and reveals a tattoo with similar female symbols on her lower back.] I don’t know how much more you can declare.”