I do remember that pic though.

do remember that pic though.

I saw this one recently and debated getting it there was also a Steelbook set aswell that looks cool.

Got the older DVD boxset aswell 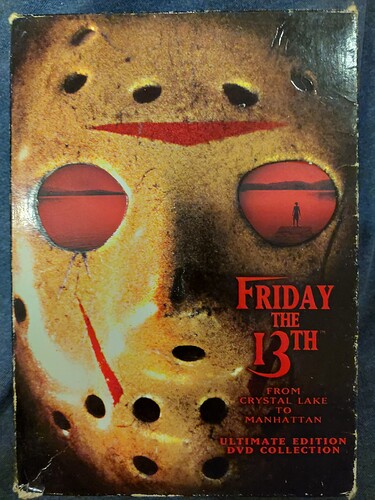 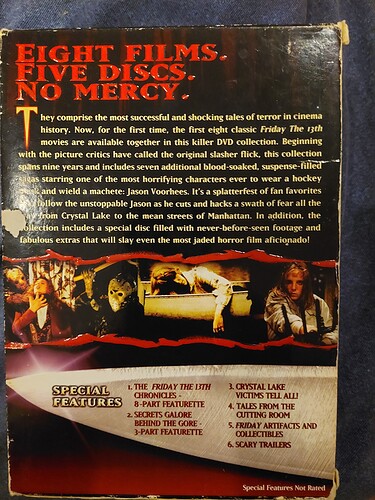 Yeah, that’s cool. The steel book would be great. I have like the most generic set I think haha.

Its cool to get a copy of this stuff for your library I’m a bit freaky with the film collecting and sometimes get other sets so I can just check those out and keep another set I prefer flawless because I’m not watching it lolll.

I miss my old collection. I’ll probably re-buy a chunk of it, but I had nice blue ray versions of stuff I really liked. So far I’m just going the dvd route this time, because it’s cheaper. I’m thinking about getting a blue ray player soon, to keep my options open.

They have the 3 newer Star Trek set I want but they only have it for Blu-ray.

By they I just mean Walmart. I’m sure I could order it online.

This one is beside Friday DVD set so I figure I’d drop this since we’re talking horror, this series is underated and this is a bit of a gem in the collection been out of print since 2002. 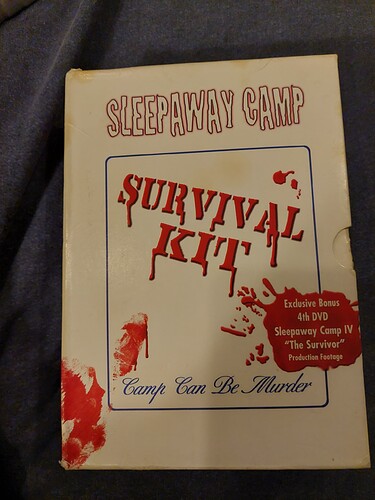 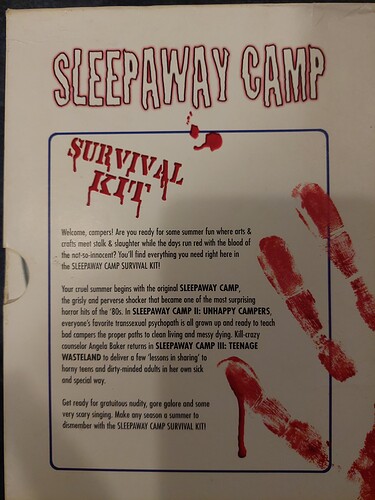 Bruce Springsteens sister running around in part 2 and 3 is pretty crazy again, people getting merked and in the daytime aswell.
This is different for slasher films especially of the time for all the mayhem to happen on a hot summer day.

Nice. I’ve only seen the first one, and I didn’t like it all that much but I might watch it again sometime. Cool set though.

Ive always found people haven’t been to keen on this series in comparison to horror titans Jason, Frdddy, Chucky, Leatherface and even Pinhead lol Angela the tranny gets no love whatre ye a transphone king?!?

They are ruthless movies everyone has just especially brutal ways to go in it lol.

Chucky sucks but I kinda want that set too, even if I never watched them. I still haven’t watched any of the hellraiser movies. I haven’t them all though. 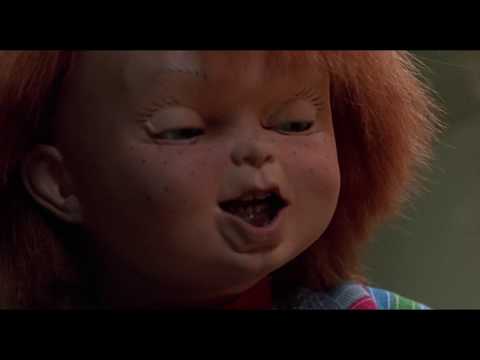 I didn’t even know Friday the 13 was a few days ago. Amazeballs