PFL is making a hilariously poor choice here in trying to headline their biggest event of the year with a 25-1 favorite who will likely leave the promotion after this easy win for another million.

Did they really think they could create another Rondaesque cash cow by inventing a weight class above a dead weight class UFC can’t even rank fifteen women in?

Also odd they put Claressa Shields on the main card in her second MMA fight while they put their million dollar finals on the prelims.

WFW and WLW are barely weight classes in MMA.

Her opponent must be beating no hopes because she is 3-0 in the PFL.Harrison should stick to the PFL for a million a year.The UFC isn’t going to pay that kind of money. 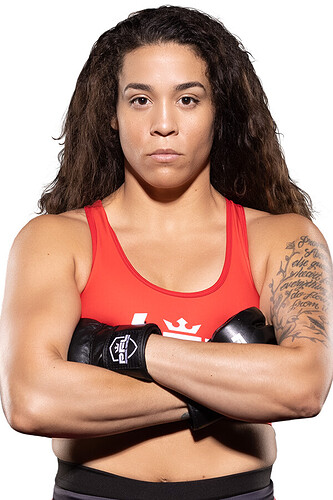 Taylor Stratford Guardado is way way tougher than most people know. Should be a a good fight

She can make far more in UFC if she wins 145lb championship and she would cut to get in the UFC.

She has made it clear she make way more then just the tournament prize of a million. Why leave? Make fuckin bank fighting girls who can’t hold a torch to her. Easiest career choice

it’s going to end quick bud. it’s not going to be a fight at all.