Brendan has recently had a few hits to his popularity.

He released the Gringo Papi comedy act and it was terribly unfunny.

He was accused of propositioning a lady comedian by asking her to “walk him to his truck” which she took as wanting a blow job from her.

He accused his subreddit /r/thefighterandthekid of being a particularly dark and threatening place.

Now his fame is dwindling, and his comedy compatriots are slowly but surely distancing themselves from him.

It is fascinating stuff to watch happen.

Last I checked he cancelled a bunch of shows and blamed local politics.

I cant believe he ever got to a position to fall down from. He’s been an annoying homo since TUF

Schaub and Luke Rockhold always gave me a similar vibe. Completely oblivious to the fact that everyone sees them as gigantic d - bags. At least Rockhold was a talented fighter (before his chin turned to glass). Schaub’s talent? Still trying to figure that one out.

Lol. I agree with most of that. Im not Schaub fan but, he was a pretty good Heavyweight IMO. Was he a title contender? Nope. But he was pretty good. His fight with Lavar was the worst though.

I too have been accused of being a huge D-bag.

I would FB friend girls I talk to at work, small talk, you look good, so you wanna hangout?

Then BOOM, get to the business. 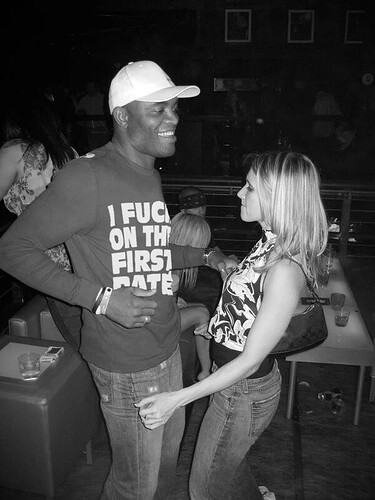 How and why Rogan ever decided to turn him into his pet project is beyond me. He’s the Jock version of Lex Friedman to me. They’re way too happy to be sitting at the cool kids table.

The thing is his first special was terrible, and instead of using that criticism to look inward and take the time to develop his act he instead rushed out an even worse special. It indicates to me he just views comedy as a quick cash grab and doesn’t have much respect for it because usually what comics want the most is respect from their peers which he doesn’t have. I mean you go on youtube for the special it’s only comics pretty close to him basically clowning on it, nobody coming to his defence.

Ive come across it recently, it seems pretty bad on his part. The “Jim cant swim” series on him is orettt funny.

Now his fame is dwindling, and his comedy compatriots are slowly but surely distancing themselves from him.

It is fascinating stuff to watch happen.

Did Brendan’s comedy career ever get successful enough to have a “downfall”. Like saying you had a downfall from your glory days of junior varsity football.

The internet/youtube really amplified the power of the participation trophy in all forms of entertainment.

He made millions being terrible at his job. About like giving the slowest runner in the Olympics a gold medal. Some people luck out like that. Others are born in shitholes like Somalia and starve to death before they turn 10. Can’t make sense of the universe.

This part is true

Just to show he could

And that soul eviscerating takedown on JRE that left branden in tears, made him feel guilty

This part is true

I visit /r/thefighterandthekid every day. There’s nothing dark about it. Hilarious, but not dark.

Brendan Schaub went on the Tiger Belly podcast (public speaker Bobby Lee’s podcast) and pretended it was like the wet markets of the internet but it was all just a bullshit distraction from him hitting on girls that aren’t his wife.

The problem is that he has zero ability or talent. He just recycled other peoples jokes and Adam sandler movie quotes on podcasts and Rogan hasn’t seen a movie since the hustler apparently so he thought schaub was coming up with it off the cuff. No matter how much time he invests in to it he’ll never overcome the fact he has no aptitude, but he doesn’t actually care because he’s a grifter who will reframe any criticism as hate

Jokes at the expense of someone who regularly makes a spectacle of himself is dark, hosting a podcast with accused rapist Bryan Callen is fine

“They say a lot of dark shit man.”

A downfall was inevitable since he lacked the talent to sustain the boost he was given due to his fame and having famous comic friends.

I know there was a lot of criticism of Schaub not “paying dues” or whatever, but I never gave a fuck about that. If you have the connects to get ahead, go for it.

But after that you need to sink or swim on your own, and Schaub never had it in him to make it at that level.