He’s not funny, he doesn’t know anything about mma and he’s a complete hypocrite. If you ever thought that Ronda rousey could beat any single man on the UFC roster you are a fucking retard. Even the journeyman 135 lbers are fucking fast and powerful. If you think he’s knows anything about mma than you don’t know shit about mma.

He took the money from Spotify. The same company who pays Michelle Obama a ton of money. Don’t act like he has full control over the show anymore. He’s a sellout.

Calm down slick. It’s Saturday. Get some sunshine and fresh air.

What do you expect them to say? Joe rogan doesn’t know shit about fighting and he should shut his mouth.

When you retire and move into a commentary role you have to play nice with others. No one will want to deal with you from the company executives on down if you tell everyone exactly what you think of them.

The same is true in life. There are plenty of guys at work I didn’t like but to keep the atmosphere pleasant, if someone asked me something about one of them I would say something remotely complementary about them and move on.

The UFC commentary is often a 3 man booth now. You have to show up the week of the fight and interview fighters and do a bunch of other stuff before the actual night of the fight. There is no reason for any of those guys to voice a negative opinion of Rogan if they have one. There is no upside.

You guys can hate on Cruz all you want be he has forgotten more about mma than rogan ever knew. You may think Cruz is arrogant and not like his demeanor. You may think that he has a dry personality and doesn’t add emotion to the commentary because he doesn’t scream “OHH, I THINK HE’S ROCKED” every time someone lands a good punch but Cruz is by far the most knowledgeable analyst and he has an absolute disdain for Rogan because he is wrong in his analysis a lot.

I’m not bullshitting. I’d lie about the size of my cock or the money in my bank account if I was going to lie about something. I wish I was one of the world champions, not some loser parter asked to mimic someone’s style or used as a body just to rotate in on someone way better than me that I could never catch in skill or cardio no matter how much I lied to myself trying to believe I could.

No I’m not. I wish I had his cardio though

Yeah, I did faggot but I’m not going to bother trying to convince you. Im never going to. In fact I’m not responding to your posts anymore. Im just going to block you and I won’t even see your response.

This thread isn’t even about me. My original point was joe rogan doesn’t know a fraction about fighting compared to any other analyst that the UFC uses. He’s been grandfathered into the commentary booth because he was probably more well known than any fighter in the UFC at the time he started calling fights.

He doesn’t know what’s he’s looking in. He’s just a hype man because he’s passionate about the sport but it doesn’t mean he’s an expert at it.

Wheh Donald cerrone fought mcgregor, Stephen A Smith who is very irritating himself correctly observed that Donald cerrone lost the fight with mcgregor before he ever stepped in the cage. Cerrone’s body language clearly displayed to anyone who was actually paying attention that he wasn’t interested in winning. He just wanted the fight over with before it started. Cerrone even admitted as much later after the fight.

Rogan is a super fan of the sport but his breakdown is not insightful or deep. He was on his own podcast talking about how Steven A doesn’t understand the sport and how Rogan is hardcore. Cerrone quit before that fight even started but Rogan was too big of a fan of cerrone to acknowledge that. I get why rogan would never bash a fighter but don’t go on your podcast telling someone else they are wrong when it’s you who are wrong. 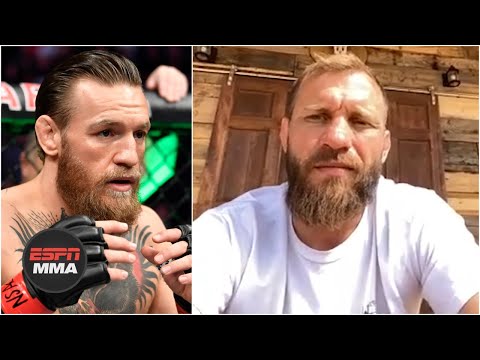 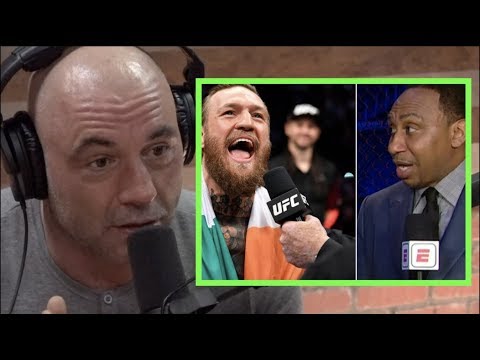 Rogan is a very rich man and successful man, much more so than I will ever be but he doesn’t know mma

BTW, cerrone would beat my ass but he is a quitter

I bet Jon Jones doesn’t even know that Eddie Bravo got a lot of his half guard shit from Gordo, bro. Can you believe that shit??! Jon Jones doesnt know shit about MMA.

You are a fucking MMA encyclopedia bro!

It’s like you’re arguing about how much the Beatles suck when they are loved my music critics and all-time great musicians, pretty much all across the board.

But ride that rocket, man.

Actually John jones is the greatest fighter of all time. I’ve never seen a better strategist or more gifted fighter ever and there will never be another Jon jones. He trained part time. He never even took the sport seriously. I know his coach from well before he ever stepped foot in jackson’s. It was a gym in upstate NY that aljaman sterling also started at.

I wouldn’t even know how to coach jones because he’s so different from anything we have ever seen. The rules that apply to everyone else don’t apply to him. He went undefeated against generation after generation of the some the greatest fighters the sport has ever seen while training basically part time and also having a drug problem. I would never be offered the chance to coach Jon jones but if I was I would decline. How do you even coach hkm? Just keep tell him to keep doing what is he doing? It’s worked amazing for him so far

It doesn’t matter to Jon jones about the history of half guard. If you wind up underneath him he’s just going to smash your face with elbows.

“I wouldn’t even know how to Coach Jones”

Well, I’m glad you weighed in on that. We’ll all be waiting with bated breath when you decide to solve that vexing riddle.

You’re either lying or have an enormous ego.

It’s hard to take you seriously in either capacity.

I’m not lying. I don’t have an enormous ego and am sorry I told you the truth about rogan and you can’t handle it. I would have an ego if I actually accomplished something. I never did. I’m blocking you too. This wasn’t about me.

Yeah, This isn’t about you……after you’ve made every anecdote possible about you and how many fighters and champions you’ve trained with over the years.

Rogan’s recency bias bothers me, whoever is presently winning fights and reigning champion is the goat in that weight class

Cliffs on the latest with Brendan and his career? What’s the latest drama

Don’t you have an Antifa rally to attend?

“NO HEY HEY HEY!” was the critical point in the rise of Joe Rogan. The network TV viewing masses of retards saw his badassness on full display. The rest is history.