But but but… that’s not Wikipedia says!

This is so true. So many people are told what to think before they even realize it. These people are sheep and they don’t even know it because they were never taught to critically think. Crt simplifies things for the morons and psuedo intellectuals. It does it by demonizing a race. The race that built this country.

I’ve actually looked into what it is and it’s origins from early proponents. But sure I’m just a simple rube.

The biggest sheep in the flock telling others they are the sheep.

Actually, that’s exactly what it says. I know you’re a troll , but you can’t be a troll that can’t read or have basic comprehension. Kind of ruins your whole character.

Lol, you’re the one trying to extrapolate crazy shit from a simple sentence. And stop projecting.

These companies will continue to do this because the loudest most vocal mob are the radical left. These corporations just don’t want to be canceled.

I agree with everything except this. The corporations are only concerned with pushing racial division to keep everyone from remembering the elephant over in the corner that was being focused on during the early 2010’s, when people are concerned about corporations paying taxes and banks exploiting the markets after being bailed out like a bunch of little soft bitches.

The banks are heavily invested in these corporations and the web of ownership extends into the corporate media (that’s why it’s called that) and they all have a mutual interest in keeping the people at each other’s necks (to protect their own while they continue to exploit and excercise control). So they embrace CRT, enlist the army of useful idiots being pumped out of the universities and lay low off stage.

I can’t stand the “they have to bow to the leftist loon mob”. They do NOT hold that much power! At all. They do now because some pansies and many enablers let that be. You seriously think common sense is that gone? I don’t.

For example, in academia, heads of colleges - with help from staff, student bodies, etc. - could easily halt that madness. Yet it’s tougher there with how much marxism is entrenched But corporations? Ha. Yo think these leftist extremists are big consumers of Hasbro and Coke, or even better, of the NFL and such?

I didn’t say they have to. They choose to because everyone else is to passive while the leftist mob is not.

So what if the majority is “passive”? You think Hasbro would lose sales if they didn’t go CRT? Or Coke sales would drop if they didn’t teach employees how to be less White?

How did it work for Gilette, the NFL, NBA? UFC has its share increase during the Covid madness so that’s not the reason

Yet they keep doing it. There has to be a more sinister, “conspiracy” reason to this madness. Since when corporations - and sports league - like to lose money??? 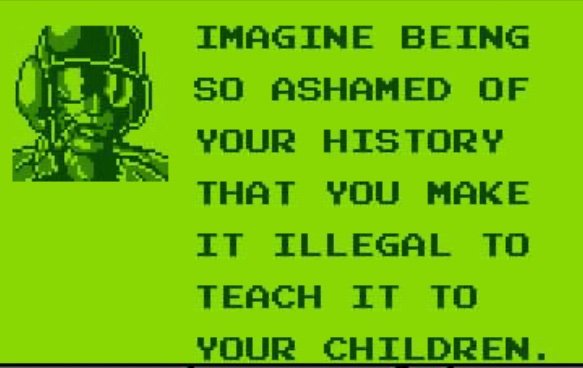 I agree with everything except this. The corporations are only concerned with pushing racial division to keep everyone from remembering the elephant over in the corner that was being focused on during the early 2010’s, when people are concerned about corporations paying taxes and banks exploiting the markets after being bailed out like a bunch of little soft bitches.

I still think it’s a case of “the squeeky wheel gets the grease”.

corporations certainly get attention about bailouts and low taxation. But it’s not that much attention. We had Occupy Wallstreet many years ago but it didn’t really accomplish anything. And it has been mostly quiet since then.

I also believe corporations are pushing it more now because the left controls the White House and Congress. They will get better consideration if they push their ideologies. Promoting CRT likely doesn’t hurt their bottom line. The left will love it and buy their products while the right will marginally boycott them. In the end, it’s a wash but they are ahead in regards to being on the side that’s in power.