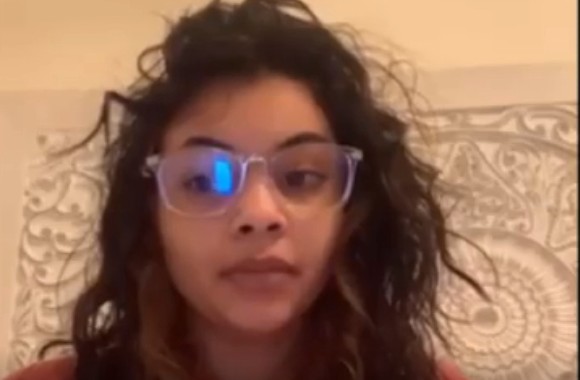 A student at Wayne State University in Michigan likely egged her own door after she was found to be the primary suspect for an alleged hate crime outside her residence, according to police.

The Wayne State University Police Department said it spent nearly 200 hours investigating the apparent hate crime hoax, according to a readout of the investigation.

The first-year transfer student, Zoriana Martinez, initially told authorities that she believed the crime took place “because [she was] a black person” living in the space.

Martinez alleged that someone egged the door of her residence hall room and removed the LGBT pride sticker from her door.

She also claimed the crimes happened during two separate instances, once on Feb. 16 and one on March 1.

After police inspected the available evidence, they concluded that it appeared Martinez committed the crime herself and changed the narrative to stoke outrage and attention.

“There are absolutely no indicators of any racial intent,” police wrote in the report, adding that they believed the complainant likely made up the story to earn a better shot at gaining a leadership position in the Black Student Union.

The report was obtained by the College Fix under the Freedom of Information Act and furthered that “the complainants motivation … and ambition to become an officer in the BSU although speculative isn’t easily dismissed and provide a great amount of motivation to make a false report.”

Additionally, police said an unidentified person with knowledge on the matter “refuses to provide information.”

Martinez is reportedly enrolled for classes in the fall semester.

The student has made several other accusations, including a claim that the university forcibly removed her from her dorm, which the school denied, according to College Fix.

Yeah that’s about par for the course around here.

200 hours investigating an egged door? Really? I get everyone was dying to find a hate crime. But still…

The demand for racism far outweighs the supply.

She’s just getting the conversation started

God damnit! Seems those 4 Boogaloo boys are at it again, glad they didn’t bring the lighters this time!

Not if he turns that rape into a murder.

How odd that the OG leftists always seem to miss these threads. It’s almost like it completely demolishes their stupid claims and their not man enough to admit it.

Also in Michigan. In a nearby community to my own there is a story circulating about a preteen girl walking home from school with a “gay pride flag” wrapped around her shoulders. And a mean old white guy accosted her while driving by. So now the community is in an uproar about it. Here’s the thing. The mom is single and lesbian. And the 11 yr old recently came out as bi “totally on her own”. And the mom is the one that told the community and made it a sob story. Of course the Facebook pages are eating it up. My personal opinion is it’s entirely made up and attention seeking behavior.

Notice how it is always a student “activist” that coincidentally discovers these white power hate crimes?

The lefts retarded. Spread the news.