Have to spend a while in New Jersey…

My son (12) is an Actor. We just found out that he has been cast in a main role in his first feature film. We are super happy for him. We have to go up to NJ for a few months for filming. Not totally clear yet as to where they are filming, but will likely be somewhere within an hour or so of Westwood or West Orange.

Anyone from that area? Any ideas as to what that area is like nowadays? I haven’t been up in NJ since I was a kid, and that was about 35 years ago. Hoping to have a good time and show my son some cool places if he ever gets days that he doesn’t have to be on set.

I also iust moved to NJ. I’m about an hour from there and train about 45 mins away. If you’re ever in Princeton or Brunswick feel free to reach out.

Hahaha
Jersey sucks.
Just go to the beach and youll be fine.

@TrapGambino I’m assuming you have strong, thoroughbred Italian family in the area. Fly out from Vegas (since you got kicked outta your latest gym for acting like the fucking retard you are) and show this man and his family around.

I enjoyed living in New Jersey while I was attending school from 2nd through 5th grade in Madison.

@TrapGambino I’m assuming you have strong, thoroughbred Italian family in the area. Fly out from Vegas (since you got kicked outta your latest gym for acting like the fucking retard you are) and show this man and his family around.

Did he get kicked out for all the dumb shit he was posting? Lmao

I’d like to get to Princeton. My cousin was a student there when he passed away from Brain Cancer years ago. There is a room named after him in one of their buildings. I’d like to see it, but I’m not sure if the Campus is open or not.

Most of jersey city has been gentrified. If you’re driving shouldn’t be far from west orange and 15 minutes from NYC (depending on traffic if driving) quick subway ride.

I live down the road from the uni. I believe it’s open, but you could send an email to a faculty member or an administrator and they’d likely be more than happy to accommodate your request even if the campus is closed to the public

Most of jersey city has been gentrified. If you’re driving shouldn’t be far from west orange and 15 minutes from NYC (depending on traffic if driving) quick subway ride.

This is not really true. Downtown Jersey City has been gentrified, and a small portion of the heights and JSQ.

Also by liberty park. Still a big parts of the city has changed. Headed towards Bayonne far from being gentrfied but even MLK is slowly turning into a hasidic jew area.

West Orange is the most diverse of the Oranges (in terms of class, size,etc) but I wouldn’t live there. You can be close to there in Millburn, Livingston or East Hanover and be in a far better place from a quality of life standpoint. A bit more money, but worth the peace of mind.

Indeed, he did. He is no longer welcome there. His retarded ass isn’t gonna be allowed in anybody’s YMCA after those threads and word spreads from the fellas at that place. 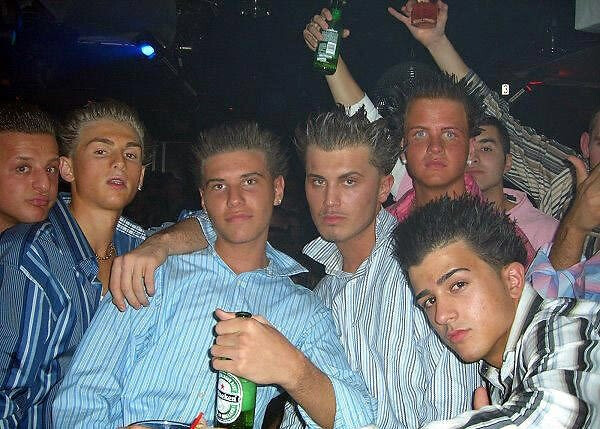 Since you have a personal connection through your friend Richie, go to the 9/11 Memorial site.

Been there several times. They hadn’t built the spot for those who passed away from working at Ground Zero last time I was there. Maybe it’s there now.

New brunswick is a cool area.

We got a list of the adults starting in the movie yesterday. Some really well known people are in this movie. It’s crazy that my son is in it with them.

When are you coming? You’ll be close to MSG and could go to the UFC event there if soon