Have to stop watching Shameless

I can’t watch these people fuck up their lives anymore. It was funny for a few seasons, but now they are just pathetic.

I stopped watching shortly after the older sister turned heel. It was just too much.

Lip pisses me off the most, he was supposed to be the one to get out.

It was actually funny for the first few seasons, then I realized that it was just depressing me. I can watch the news if I want to be depressed.

I'm going to find something better. It was a good ride for a while.

I love it. That family is crazy. However the bar stuff is getting old.

I had to tap out after last season. The show arc should have been 5 seasons max. Now it’s just too ridiculous and cartoonish to keep these people in the same spot without being dead or in jail.

I am disappointed in how Lips story is turning out and hope it is corrected soon. I also really liked Frank turning good at the start of the season before again reverting back to being a scumbag. It is still a great show though.

Lip pisses me off the most, he was supposed to be the one to get out.

It gets worse if you are not caught up. He’s really annoying as of late.

Lol so much this.

Everyone on that show was a huge piece of shit. Still great tv

Lol so much this.

Everyone on that show was a huge piece of shit. Still great tv 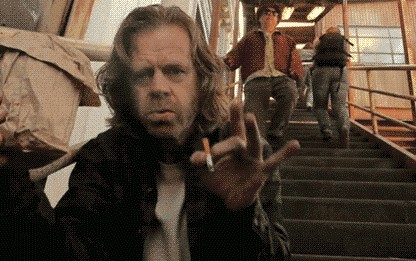 You was the bomb in Last Dragon!

I’m struggling with it these days .... I’m probably done after this season.

Fiona sucks and I hope she dies a violent topless death on the show.

Lip is a whiny bitch. His Asian fuck buddy was cool to see naked.

Carl was awesome but his gf sucks and those scenes are unwatchable.

Frank is great. He’s always been over the top so this is pretty par for the course.

Deb is unwatchable. I ffwd through any scene with her in it.

Ians stuff just doesn’t do anything for me.

Kev is the best. I love that guy. Every time he’s on screen he’s hilarious.