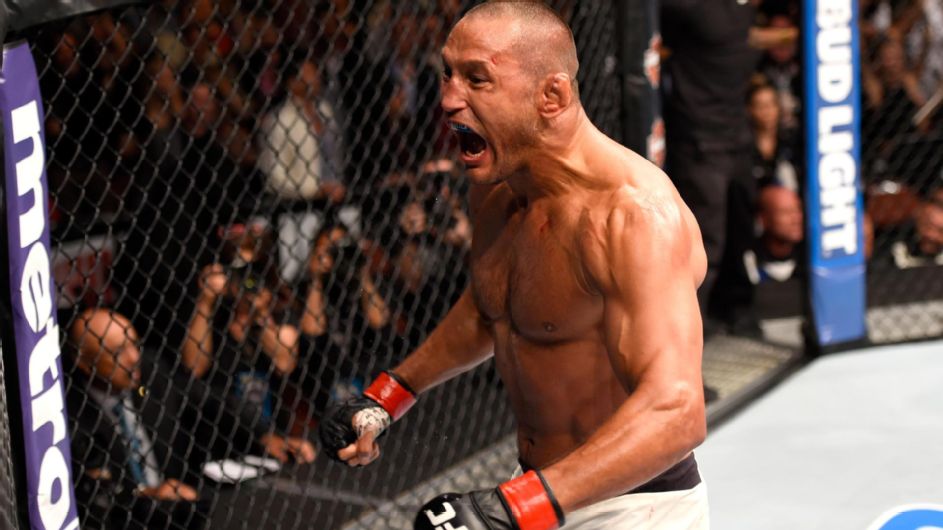 A bit late to the party here.. I just watched this.

Hendo is among my top handful of favorite fighters ever!!

I just wanted to say how awesome it was watching him KO Lombard at 45 years old!!

I have admired Dan Henderson his entire career (which I followed in real time as it happened). I love the way he carries himself in the ring/cage, and his desire to just go to war; even to a fault. Hendo is truly one of the toughest SOBs to ever enter a ring or cage.

The back elbow was awesome! That's what I would call an insert. I know he says he didn't train it much... but years of sparring and fighting obviously paid off there. These types of techniques (inserts) do not get discussed much here. Obviously, it can work. Of course, Hendo is a monster and not your average man. The man had dynamite in both arms.

Props to Herb Dean for letting it go. Dan has been the victem of more than one early stoppage IMO. Fighter safety is #1, and refs have a tough job that many of us attemot to armchair quarterback. But Herb was right on this time and I appreciate it (I'm sure Dan does too).

I was also happy to see Chuck Liddell cheering Dan on after the fight "Way to go Dan"! That is a dream matchup that has been discussed at length here; and will never happen. But it was awesome to see the respect coming from another bad motherfucker and similar type of tough guy.

Easily one of my MMA highlights of recent memory.

He made the H-bomb famous and then he unveiled the H-bow.

I'm genuinely pulling for a title shot. I know he doesn't "deserve" it. But, to quote Snoop from the Wire, deserve ain't got nothing to do with it. It's his time, is all.

His class across every level is peerless, they don't make 'em like that anymore.
#pureundilutedlegend

What a great card hey

I first joined mma forums to disapprove of hendo vs franklin 2 and the rest is history..

When the ko happened my reaction sent

stcpm02 - When the ko happened my reaction sent

The dog flying under the couch

I jumped out of my chair. Hendo continues to inspire !

One of my favorite MMA moments ever. Maybe it's just because it's fresh, but seeing Hendo come back from the brink of defeat again and KO Lombard is just the shit legends are made of. We're all lucky to get to see Dan compete. Part of me would like to see him retire on this high note, but part of me just wanted to see Hendo fight.

H-Bombs, H-Ellbows and that stare.

UpperdoG - H-Bombs, H-Ellbows and that stare.

A classic moment right there.

I'm genuinely pulling for a title shot. I know he doesn't "deserve" it. But, to quote Snoop from the Wire, deserve ain't got nothing to do with it. It's his time, is all.

Fuck that was an emotional fight for me i fucking love hendo. That crowd was awesome too

I jumped out of my chair. Hendo continues to inspire !

I thought and still think he should retire. I'd hate to hear about him having brain damage in a few years.

As an old school wrestler he is one of my all time favorites.