Here's how foreign aid is spent

By Barbara Jones for The Mail on Sunday

It is a nation racked by poverty, where 13 million people survive on less than £1 a day, and two million have no access to a toilet.

Yet as his people struggle in squalor, South African president Jacob Zuma has sparked outrage by spending £17.5 million to upgrade his rural family home.

Lavish works – which include the construction of 31 new houses, an underground bunker accessed by lifts and a helipad – will cost almost as much as the £19 million British taxpayers send to South Africa in annual aid. Not quite right...South African president Jacob Zuma continues to have a lavish lifestyle despite many parts of his country struggling for survival

The costly upgrade to Zuma’s once-humble home in the village of Nkandla includes Astroturf sports fields and tennis courts, a gymnasium and state-of-the art security systems, including fingerprint-controlled access pads.

And nearby roads have benefited from a further £40 million of improvements.

When African journalists revealed the astronomical cost of the work, Zuma’s ministers turned on the whistle-blowers, saying that revealing the details of ‘top secret’ documents was illegal.

Originally the cost of the project, which began two years ago, was put at £500,000 – but it has since skyrocketed. South African taxpayers are footing most of the bill, although Zuma, a polygamist with four wives and at least 20 children, is said to be contributing £700,000 of his own money – a stretch on his annual £185,000 salary.

However, he also receives a controversial £1.2million in ‘spousal support’ for his wives – despite recently calling on fellow politicians to tighten their belts – and pays only a peppercorn rent of £560 on the tribally owned plot in the Zululand hills where his mansion sits.

Zuma has named his residence a ‘national key point’ – a status invented by the previous paranoid apartheid government – which means it is entitled to security measures ‘in the interests of the nation’. Bewildering: Work continues on Zuma's 'palace' as 31 buildings in his residence get given the go ahead

Last week he was grilled in parliament about what he and his family were costing the nation, and struggled to answer, protesting that he was unaware of the scale of the work.

‘All the buildings and every room we use in that residence were built by ourselves as family and not by the government,’ he protested. He did not know the amount spent on bunkers, claiming: ‘I don’t know the figures; that’s not my job.’

Under pressure, Zuma has been forced to agree to two investigations: one to probe the spiralling costs at Nkandla, the other to see if there was a breach of parliamentary spending rules. Support: Zuma, pictured left, remains high in popularity in South Africa much to do with his friendship with Nelson Mandela (right)

‘Nkandlagate’ – as the state-owned media have been banned from calling it – is just the latest scandal to engulf the 70-year-old African National Congress leader. In 2004 he faced trial with his financial adviser Schabir Shaik over racketeering and corruption claims for accepting tens of thousands of pounds in bribes from European arms firms.

Shaik was imprisoned for 15 years, but Zuma’s case was ‘discontinued’ after complicated legal wrangling – even though a judge said there was ‘overwhelming’ evidence of a corrupt relationship between the two men.The following year, a 31-year-old HIV-positive woman accused him of rape. Although he was acquitted, Zuma’s ludicrous claim that he took a shower after sex to prevent contracting HIV made him a laughing stock.

His personal life also came under scrutiny following the 2000 suicide of his first wife, who left a note describing ‘24 years of hell’ with him, and again after the illegitimate birth of another child in 2009. He accused the media of invading his privacy when revealing the scandal.

Meanwhile, South Africa is in an increasingly parlous state, having had its credit rating downgraded following industrial unrest. Workers at the Marikana platinum mine were mown down and killed by armed police last month when they dared to demand better pay. A truck-drivers’ strike later led to more deaths, and last week thousands of farmworkers downed tools in protest at their £4.85 day-rate.

Yet Zuma – who glories in his nickname ‘100 per cent Zulu boy’ – still has substantial support among the people, bolstered by his freedom-fighter credentials, having spent ten years imprisoned on Robben Island alongside Nelson Mandela.

Britain is committed to spending an average of £19 million a year in aid on South Africa until 2015, mainly aimed at reducing HIV. But the Department for International Development is examining how it spends the UK’s aid budget, and recently announced plans to slash the controversial £280 million a year it sends to India. 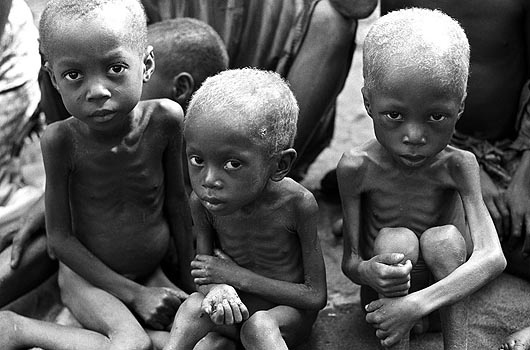 Where's the palace... All I see is some fucking huts.

Say what you will about religion, but not one penny of your wasted wasted dollars ever fed any of the kids in PTM2020's pics, only missionaries have.

--And this is the MOST functional government on that entire continent. Jesus.

And they were pissed when the white people are in charge. I guess they got their wish, to be as fucked up as every other nation on that horrible continent.

We're a different story. We've spent 13 TRILLION dollars on poverty since I was born and we only ended up with more poverty and the fattest big-screen having poor people in the world.

Either way, the spending seems to make things worse.

Think about this when you look at PTM2020's pics...those people didn't evolve from a tree last year, and they weren't dumped off by a time machine. That means their lineage goes back to the beginning of time and the birth of Man, just like ll of us. In other words, they were a successful healthy line of humanity. That means they had all the skills to live and reproduce in a successful healthy manner. They had the tools and knowledge for gathering and growing food as a society. So what happened? OUTSIDE FORCES. Oppressive, restrictive, parasitic outside forces funded with foreign aid.

What did de Klerk say? I know he was conservative early on, but he was the one who ended apartheid.

Looks like he's making use of all the athletic facilities.

what a piece of shit

1- That's a sensationalist Daily Mail article from two years ago

1- That's a sensationalist Daily Mail article from two years ago

Let Africa live or die on its own.

Get your point but technically the president can't spend any money. All money is appropriated by congress.

this is why CHina has a better model.

They build infrastracture, transfer know how, provide jobs in exchange for raw materials.

teh western model is basically buying off politicians to give them access to resources/markets.

Their government only steals 15 mil a year? lol

EVILYOSHIDA - this is why CHina has a better model.

They build infrastracture, transfer know how, provide jobs in exchange for raw materials.

teh western model is basically buying off politicians to give them access to resources/markets.

For once I actually agree with EY.

The west model is we give the corrupt governments money and hope they spend it on useful stuff.

The China model is give us raw materials (oil; copper; iron; ect) and in return we will build roads; bridges ; power plants ; dams and irrigation systems.

--And this is the MOST functional government on that entire continent. Jesus.

I'm not sure about MOST functional,  Botswana seems to be figuring things out slowly but surely, your sentiment remains correct though.